Increasing exports seen as the key to growth. 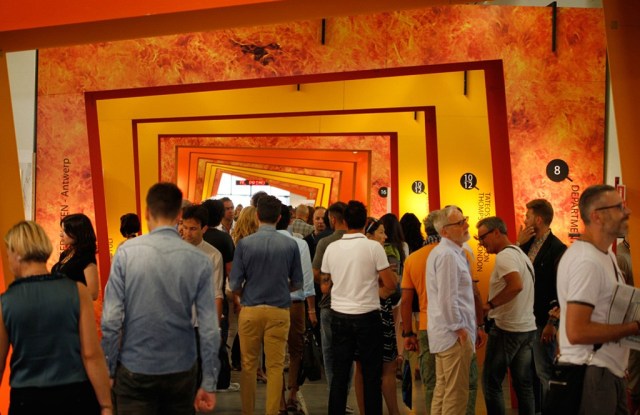 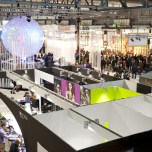 MILAN — As they round the bend toward 2014, Italian trade show organizers expressed satisfaction with this year’s fairs, noting that foreign buyers’ continued interest in Italian products kept momentum strong even as Italy’s domestic market sagged.

Emanuela Forlin, exhibition manager at Fieramilano, which organizes the MI Milano Pret-à-Porter, or MIPAP, and Sposaitalia fairs, said she had seen a marked difference in performance between Italian companies that have successfully built ties with other countries and those that work exclusively in their home territory. This year, “only those companies that work in large part abroad were able to contain their losses, and in some cases even turn profits,” she said.

At its next edition, from Feb. 22 to 24, MIPAP hopes to attract about 20 to 30 Italian ready-to-wear brands that have never exhibited at fairs or have done so on a smaller, national scale. The fair is also considering eliminating the Stream and Iconic sections in favor of others, still to be defined, and investing heavily in attracting foreign buyers, both “in terms of communication and in terms of our hospitality program,” said Forlin, noting that buyers from Russia and countries in the ex-Soviet bloc are top clients for Made in Italy clothing.

Bridal fair Sposaitalia, meanwhile, is slated for May 23 to 26 next year, a month earlier than usual.

“This choice allows us to position ourselves better in the international trade show calendar and to meet the requests of numerous industry figures who had asked us for different timing to show their collections,” said Forlin, adding that Japan’s buyers are generally the most numerous at that fair, and that the most recent edition saw a 26 percent increase in attendance from South Korean buyers.

China remains another dominant force at Italian trade shows. At Milano Unica in September, “the Chinese were the second-largest group after the Italians,” said the fair’s president, Silvio Albini. “That’s the first time that ever happened…and it’s very significant. The Chinese come [to Milan] more often in September than in February because they are more interested in the fall-winter season, and also because [February coincides with] the Chinese New Year.”

Previously, German buyers had been the second-largest group at Milano Unica, although they had never been as numerous as the Chinese this year, a spokeswoman for the fair confirmed.

Albini also reported strong turnout of German, English, French and Spanish visitors at the fair this fall, suggesting, “Milano Unica is strengthening its international appeal” and expectations for the February edition are high. In March, the fourth edition of Milano Unica China will bow in Shanghai, following a 17 percent on-year increase in visitors from the October edition.

Annual eyewear fair Mido, which saw a 3 percent uptick in visitors this year, 60 percent of them from outside Italy, will again offer its popular train shuttle service from Rome to Milan in March, said Mido president Cirillo Marcolin. He stressed the importance of creating a “customized” exhibition, continuously updated in response to the needs of attendees and participants. “Today it is the ability to adapt, the so-called ‘adaptive advantage,’ that wins,” he said.

Marcolin said consumers are increasingly attentive to the manufacturing process, which they consider part of a product’s quality.

“In recent years, eyewear has witnessed an ever-growing transition to new materials, from natural materials like wood to eco-compatible materials and ultralight metals,” he added.

At niche trade show White, organizers plan to reinforce sections established over the past seasons.

“The September edition was the strongest of 2013 and possibly the best ever since we started,” said White president Massimiliano Bizzi, naming the White and See section dedicated to highly researched eyewear, the Beauty section and the Mondadori Food Experience as three elements the fair would be reintroducing and building up in February. “Our projects are conceived to last over time,” he said, adding he hoped to surpass the record 17,000-visitor mark in February.

“I hope that in January 2014 we can generate results like those of 2013,” he said. “We have an impressive number of confirmations from last year’s exhibiting brands and continue our investment in scouting new companies.”

The next editions of the Pitti Uomo and Pitti W trade shows will take place from Jan. 7 to 10 in Florence, with guest designers Diesel Black Gold — with new creative director Andreas Melbostad — and Barbara Casasola on the roster, respectively.

“We are continuing to redesign the different areas of the fair; the exhibition never stops moving,” Napoleone added, noting that the overarching theme, “Music Days,” will highlight the creative interplay between the fashion and music industries. No. 21 will be present with a special project to be defined, and the guest nation this season will be the Ukraine, in collaboration with Mercedes-Benz Kiev Fashion Days.