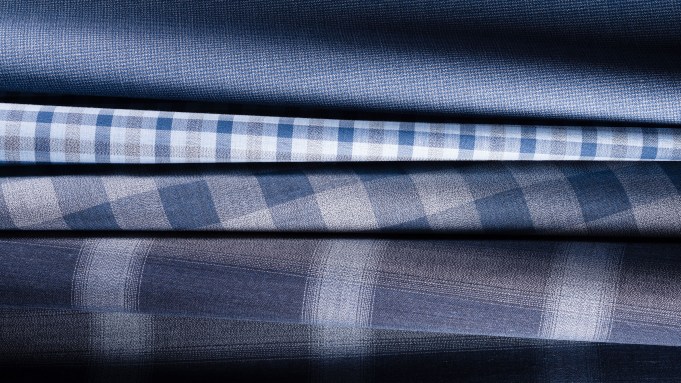 MILAN — Get ready for a price hike.

Mills showing at Milano Unica here, which begins today, will boost their fall 2018 fabric prices as a result of rising raw materials costs and what remains an unpredictable macroeconomic environment. Due to growing pressure and competition, many textile-makers are also preparing to digitize their offerings to expand their global reach.

Showing the increasing pressure on mills for earlier and faster deliveries to apparel manufacturers, this year’s edition of Milano Unica will be the first time fall designs will be showcased in July rather than the traditional September date.

Milano Unica will also officially launch its digital fair MU365. The project is being developed in partnership with New York-based firm Sundar.

Sundar has developed tools that will allow visitors to customize their experience by connecting with suppliers to match their needs and requirements in real-time. In addition, they will have access to
data, profiles and analytics, all in a digital infrastructure that is secure and password-protected.

Italian firms have been reticent in the past to digitize their creations, but organizers say that most of the country’s mills have now participated in the project.

“It can be helpful in making the first contact. In fact, Sundar provides more general information [about our products] and helps the customers understand which range of products we are producing,” said Lanificio Botto Giuseppe chief executive officer Silvio Botto Poala, who noted the firm has been actively participating in the project since last February.

Botto Giuseppe will also raise prices on its fall catalogue. “The wool price will increase generally depending on micron by about 10 percent. But we also have to understand how the customer will react to those increases and to the depreciation of the U.S. dollar in the last few months.”

Despite jitters about President Trump and his economic and trade policies, Italy’s fashion and textile sector is expected to rise 1.8 percent versus 2016 to revenues of 53.8 billion euros.

“I am thinking most about the U.S. and the politics they will adopt in that country by President Trump. The U.S. is our third major trading partner for us,” said Sistema Moda Italia president Claudio Marenzi.

Botto Poala, who is also ceo of Biella-based, wool-maker Reda 1865, said Europe, China and Japan are the key markets for Italian textile manufacturers.

“In the U.S. our clients are at a bit of an impasse, even though their economic results never stopped growing. Despite this, I consider this actual situation just temporary. I’m more than confident that our American partners will run faster again,” Botto Poala said, noting that fabric-makers across the board are likely to raise prices for their fall catalogues.

Wool prices are on the rise, due to the rediscovery of wool as a natural, sustainable fiber. Over the last year the price of wool has risen about 50 percent above the level of the last two or three years, said Fabrizio Servente, global strategy adviser for The Woolmark Co. Servente added that Australia is constantly working on improving the quality of its natural wool for the European luxury sector.

The sharp rise in raw material costs has increased fears that margins will be hit.

“Staple cotton prices have also gone up dramatically. We are making many efforts to be more efficient, but in July we will be compelled to increase our prices,” said Albini 1876 president and ceo Silvio Albini.

In order to stand out in the age of social media, Albini has amped up its game and has inked collaborations with fashion influencers such as Tamu McPherson for its Albini Donna women’s fabrics line and will also showcase at the White trade show in Milan its Essentials for White exhibition, which highlights the craftsmanship of Italian firms.

Cotton and wool are expected to figure prominently at the fair. Many fashion labels are embracing wool for the ath-leisure and sustainable segments.

“Wool is without a doubt conquering unthinkable sectors and territories like the nautical world, furnishings and ath-leisure,” said Tollegno 1900 ceo Lincoln Germanetti. Tollegno 1900 is working
on expanding its “Rainmaker” line and has introduced “3-D Wool,” which has elastic properties and has been envisaged for performance wear and modern silhouettes and designs.

For Milano Unica’s July edition, trends have been inspired by digital technology and social media. Milano Unica’s creative director Stefano Fadda and his team broke fall 2018 down into four abstract moods inspired by a cross-pollination of ideologies and images: “Paolo Sorrentino Directs Dynasty,” “Pedro Almodovar Directs Victor/Victoria,” “Stanley Kubrick Directs Sherlock” and “Quentin Tarantino Directs Buddha.” The first, and perhaps the most bold of them all, “Paolo Sorrentino Directs Dynasty,” also explores the way the Internet amplifies excess in an age of “Trumpism.”

“A lot of what we see is from the web. Social media has exaggerated our point of view on what is happening now and on themes from the past,” Fadda told WWD earlier this year.

Milano Unica said the decision to push the fair up by two months gives its U.S. customers more time to work on their collections.

Despite highlighting the difficulties for companies to have their collections ready before the summer break, Botto Poala said the upcoming edition of Milano Unica will see the numbers of exhibitors rise 20 percent to 456. February’s edition of the fair hosted 427 exhibitors, up from 401 exhibitors last year. About 128 of those mills were foreign, up from only 71 last February. In particular, Milano Unica will register a significant increase in exhibitors offering textiles for women’s wear and activewear.