Italian trade show organizers are staying true to their missions, as they crystallize the benchmark and direction of each show. 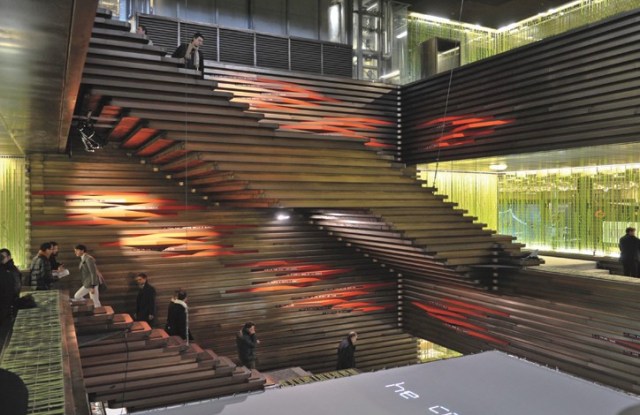 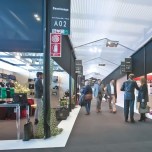 MILAN — Italian trade show organizers are staying true to their missions, as they crystallize the benchmark and direction of each show — a goal that is emerging as key in uncertain times.

“Unica has become a reference point. The industry has approved its formula and views the exhibition as useful,” said Pier Luigi Loro Piana, president of textile show Milano Unica, running Sept. 8 to 10. Loro Piana said Unica successfully overcame “the bleakest moments” of the recession, which coincided with the September 2009 and February 2010 editions. “We are looking to the future in a positive way, the economy is changing and business is picking up. We have received positive feedback on positioning, both in terms of schedule and product.”

Raffaello Napoleone, chief executive officer of Pitti Immagine, also stands behind the formats of the shows set up by the Florence-based organization. Napoleone said women’s pre-collection show Pitti W, which runs June 15 to 18 at the same time as men’s fair Pitti Uomo, “is growing,” with a “focus on research” and providing those companies that “don’t have the necessary structure” with the means to present their pre-collections.

Massimiliano Bizzi, founder and president of White, touted this Milan-based show as a “niche” exhibition — a mission he believes must remain White’s priority. Bizzi noted there is “a strong desire to find alternative merchandise in the market.”

Still, however focused the exhibition, organizers agreed there is a constant need to be up to date and to improve layouts and designs.

Unica’s Moda In section was redecorated with new furniture last season, and Loro Piana said the Shirt Avenue and Idea Biella areas are up for renewal next. The executive said he was especially “proud” of Unica’s services, such as free transportation from the airport to the fairgrounds, its quality restaurants and local assistance, among others.

Napoleone said Spanish architect and industrial designer Patricia Urquiola, who renovated the layout of the lower floor at Pitti’s Fortezza da Basso this year, is now revamping the top floor of the 16th-century venue.

He added that Pitti Uomo received 140 more requests from potential exhibitors, including denim brand G-Star Raw, which will be returning after five years. “Fall orders have grown, and we have good expectations for the second half,” he enthused.

The Jil Sander brand will be Pitti Uomo’s spring guest of honor, while Haider Ackermann will headline Pitti W. Ackermann is expected to unveil a special collection conceived for the event.

Keeping an ear to the ground is key, according to Mauro Muzzolon, director of Mipel, which has shifted the leather goods expo to a Sunday-through-Wednesday slot in the fall (Sept. 19 to 22). Traditionally, the show was held from Thursday to Sunday, but Muzzolon said the change will help those “retailers that don’t have a big staff” attend Mipel.

“Often leather goods stores in Italy work the most on Saturdays and are closed on Sundays and Mondays,” said Muzzolon. As for visitors from outside Italy, they generally attend Mipel during the week, he added.

Muzzolon pointed out that Mipel is opening up to new categories, expanding its custom jewelry offer, for example. “This is also a request we’ve received from retailers,” said Muzzolon. “Traditional leather goods stores are opening to new accessories,” he said, envisioning Mipel will show precious jewelry in the far future.

Indeed, to create a significant accessories juncture, this year, Mipel, shoe exhibition Micam, eyewear fair Mido and fur show Mifur ran concurrently, and this format will continue in the future, although Mido is held only in the spring. “These are categories that merge — fur stores carry bags, eyewear has become a full-fledged accessory — and it’s become so costly to travel for retailers, they might as well make the most out of one trip,” said Muzzolon.

Roberto Ditri, who was appointed president and ceo of jewelry show producer Fiera di Vicenza SpA in January, said the organization aims to making Vicenzaoro and About J increasingly international, while supporting the creative excellence of each local jewelry district, and to place “the Vicenzaoro brand among the first three competitors at an international level.”

While conceding “there are some positive signals” in the market, it is “still weak and volatile,” he said, adding that a stronger dollar may benefit Italy’s exports.

“The markets grow globally and the areas of growth change constantly,” said Ditri, pointing to a need to boost business in Asia and South America. “These are markets that can be conquered only if we move actively and if we build the right partnerships.” At the same time, Ditri said the organization should not neglect more established regions like the U.S., “because the expectations of customers there are very sophisticated and require great skill to innovate and create.”

One event likely to be overhauled is AltaRomAltaModa, Rome’s couture shows. In April, Silvia Venturini Fendi, accessories director for her family’s venerable house, was elected to a three-year term as president of AltaRoma, which was founded in 1988.

Brimming with projects, Venturini Fendi said it was “key” to highlight Rome’s historic couture houses and its local artisanal patrimony, while at the same time boosting AltaRoma’s talent-scouting objective. “Both are important to enhance our heritage and to grow new big names for the future,” said Venturini Fendi, adding that she plans to draw back to Rome historical brands such as Capucci, and that she is working on a project to this end with the founding designer.

Venturini Fendi praised Rome’s “network of artisans” and said she aims to put young designers in contact with this web of craftsmen and their laboratories. “We are currently in the stage of mapping out the city’s tailors and artisans who create handmade shoes, the finest cashmere and made-to-order eyewear,” said Venturini Fendi. She noted that she is in talks with her “designer friends,” from Fendi’s Karl Lagerfeld and Gucci’s Frida Giannini to Valentino’s Pier Paolo Piccioli and Maria Grazia Chiuri, “expecting them to support young designers.”

AltaRoma has for years supported the Who Is On Next talent scout with Italian Vogue, and Venturini Fendi plans to keep this event a pivotal moment for the organization. Tommaso Aquilano and Roberto Rimondi, Gabriele Colangelo, Marco de Vincenzo, Albino D’Amato and Max Kibardin are just a few of the designers to have emerged from Who Is On Next over the years. Venturini Fendi is also in talks with the government to create a couture museum in Rome and plans to invite two foreign designers to the city’s couture shows.

Among the new trade shows and events scheduled are activewear and accessories fair Rimini Wellness, in Rimini, on the Adriatic coast, slated May 13 to 16; vintage clothes and accessories show Vintage Selection, in Florence, running July 6 to 10, and the previously deferred denim event Blue De Genes, in Genoa, Sept. 16 to 18.