The founder of Burton Snowboards created an innovative new collection after a near-death experience. 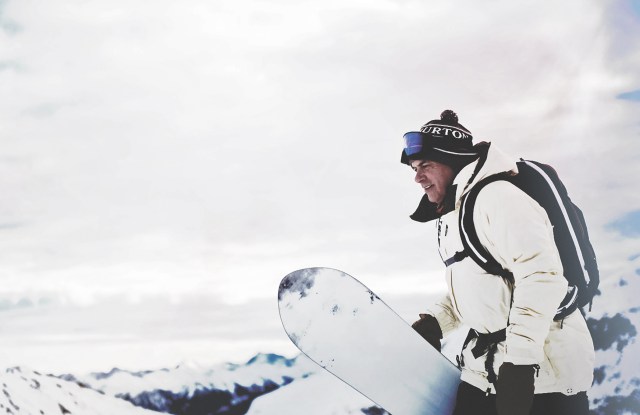 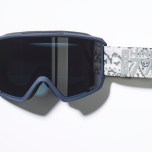 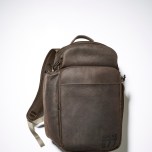 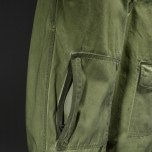 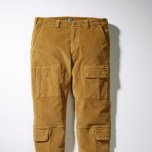 Jake Burton Carpenter seriously contemplated ending it all during his grueling recovery from Miller Fisher syndrome, a rare form of Guillain-Barré syndrome, that nearly killed him in 2015.

The avid outdoorsman spent seven weeks in a hospital bed paralyzed except for his hands, with only a respirator and breathing tube keeping him alive. After dropping to 135 pounds, he spent the next six weeks at a rehabilitation center learning to talk and walk again, followed by another six months at home trying to get his life back.

“I talked to my kid about killing myself,” Carpenter recalled. “I was that low.”

But instead, the entrepreneur and founder and chairman of Burton Snowboards toughed it out, recovered his strength — and will to live — and discovered he’d also found a creative second wind.

On Wednesday at an event in New York, Carpenter will take the wraps off Mine77, a limited-edition collection of apparel and gear that features innovative fabrics and cutting-edge technology. “I’ve developed products I’ve had in my head for a while,” he said.

In a rare interview, the 64-year-old said getting sick “really changed me. I live for the moment now and I’ve gotten creative. I’ve always been technological and an entrepreneur, but now I’m more ADD than I’ve ever been.”

With a net worth estimated at more than $100 million, Carpenter is well aware that the success of Burton Snowboards over the past 41 years affords him “the title to do this,” he said. “It’s such a privilege.”

Carpenter’s story is well known. He started tinkering with a toy snowboard in his barn in Vermont and created the first commercial alternative to skis for adults. “This is it,” he told Snowboarder magazine in 2016 of the moment he invented the board. “I just loved it and had this vision that this could be a sport.”

He founded his company in 1977 — using his middle name — and admits that he was looking for a get-rich-quick scheme and a way to attract women.

Although it took a few years for the concept to catch on, he did meet his wife and life partner, Donna, co-chief executive officer, who has helped him build the privately held company into what is estimated to be a $150 million business over the past 35-plus years and put action sports on the map — and snowboarding in the Olympics.

Before coming down with Miller Fisher syndrome, Carpenter had survived other health issues including testicular cancer, open-heart surgery and a knee replacement. Although all of these presented their own sets of challenges, being paralyzed was a whole other world for a guy who has spent his entire life embracing nature and being active.

“I’ve always been very involved in product,” he said, “especially when it comes to function and detail. In both outerwear and hard goods, I’ve had ideas that I’ve wanted to do, but they were either too expensive or the market wasn’t ready. But I can now do whatever I want. It hearkens back to when I started the company.”

And he’s hoping the environment is ripe for some of the more-creative pieces he’s developed in the 16-piece Mine77 collection, which features very personal descriptions written by the man himself. Even the name itself is a “double entendre,” he said, a nod to the year he founded Burton Snowboards and the fact that the collection is all his.

“This is my stuff — they’re products I’m incredibly passionate and opinionated about,” he said. “And now we’ve developed them and made them available to people in small quantities.”

Case in point is the Compression Split Toe Sock. The original design was created by Burton’s Japanese crew in Tokyo, he writes, “but were deemed too pricey for the U.S. market.” Although Carpenter was a fan, it wasn’t until his cancer battle when the chemotherapy required him to wear compression socks to prevent blood clots in his calves that he truly appreciated the product. The version in Mine77 offers both compression and comfort and allows him to snowboard “like a champ,” he writes in the descriptions he penned for each product on the web site.

Mine77 also includes a “Game Jacket,” which is an update of the Freebird, a core Burton jackets, but made from “the first-ever lightweight stretch Gore-Tex digitally printed fabric” combined with an “old-school game pocket” and tethered ice scraper in the sleeve pocket that he describes as “an easily ignored feature until you f–king need it in the freezing rain.”

There is an eight-pocket bib pant in the same Gore-Tex fabric where the ankle cuffs combine a hemmed pant and a gaiter — “all snowboard pants will have this feature sooner or later,” he predicted. He believes the First Layer Shirt, which stitches together a face mask/neck warmer and a shirt, will also become a wardrobe essential one day. “In my 50-plus years of snowboarding, I have learned that anytime you can combine two products into one, it is a bonus,” he writes. “One less thing to forget.”

There are fist mitts that answer Carpenter’s aversion to traditional gloves. “I have always respected the performance and popularity of the Burton oven mitt,” he writes. “But truth be told, I could never deal with the individually fingered liners. Nothing keeps a finger warmer than another finger right next to it.”

Similar glimpses into Jake Burton Carpenter’s personality and personal challenges mark the rest of the line, which include stretch shirts, stash pants, tie-dye waffle hoodies, rawhide backpacks and board bags, and strap-on boots and bindings.

The Overhelmet, for example, was created after his oncologist told him he needed to wear a helmet or “risk bleeding to death if I hit my head.” So he designed one where a hat and goggle strap fits underneath.

The Mine77 collection will be sold on the Burton web site, but Carpenter said it won’t be launched with a major marketing push.

“It will be within the Burton umbrella, but it’ll only be available at our Burlington, Vt., store and by e-commerce,” he said.

Mine77 will be promoted with “a dose of social media,” he said, and his son, Timi Carpenter, and Tavia Bonetti, a snowboarder and model, were used in marketing images for the unisex line.

“We started down the road of high pricing and felt that was wrong,” he said of Mine77. “I don’t want it to be a super-rich luxe brand. So the pricing is within the normal realm. Snowboarding is a youth-driven field and Burton is a youth-driven company. I don’t want this to be for old, rich people.”

Carpenter said the future of Mine77 is open-ended. “We’re doing this season and then a smaller drop for the deep winter,” he said. “But we want to keep doing it.”

The real measure of success, he said, will be if the product is successful enough to become part of the main Burton collection. “This is my baby and a victory is when Burton says, ‘I’ll take that.’ That’s the ultimate goal,” he said.

Carpenter said he still considers Burton Snowboards “the mother ship in my life and I love my role there. But there are things I wanted to do outside the normal, commercial box.”

Carpenter is founder and chairman of Burton, and at the end of October his wife promoted longtime executive John Lacy to co-ceo so she and her husband could live in Europe next year and focus on the brand’s business there.

But whether in Vermont or Switzerland, Carpenter will undoubtedly continue to create product that pushes the envelope — much like he did with that first snowboard he created in his garage all those decades ago.

Much like his original product, Mine77 is a labor of love — one that fulfills a part of him he didn’t even realize existed until his near-death experience.

“This is a dream come true and I never even knew I had the dream.”