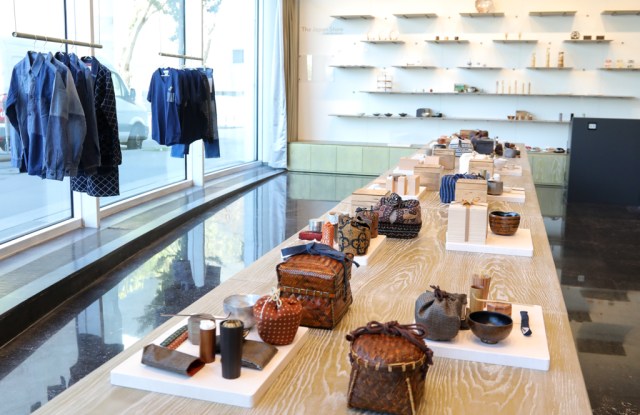 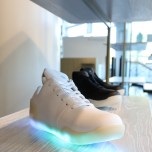 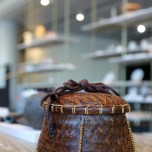 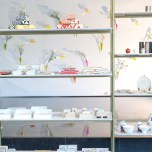 PARIS — Bonjour, Isetan Mitsukoshi. Or make that The Japan Store, the banner of a new Paris-based pilot retail initiative under Japan’s largest department store operator as it looks for growth opportunities abroad to offset its shrinking domestic market.

Focused on the lifestyle, fashion and food segments, the diminutive store, which will open on Saturday, could be mistaken for an ultramodern museum shop with its unique setting in the Japanese Culture House of Paris on the Quai Branly, a curved glass structure overlooking the Seine and the Eiffel Tower.

The company is presenting the store as a “marketing exercise” targeting locals with a view to possibly opening a bigger location in the French capital down the line.

In terms of product assortment, the stance is more craftsmanship than kawaii, with a focus on contemporary creations by heritage Japanese brands. “These are not just pieces of art, they are products that are meant to be used in daily life,” said Taro Iwamura, manager of Isetan Mitsukoshi’s international division, during a preview of the space.

Examples include modern porcelain designs by Fukagawa-Seiji, which won a gold medal for its gigantic temple jar presented at the Universal World Exhibition in Paris in 1900; edgy men’s wear designs from kimono specialist Yamato’s new line, Y & Sons, and new spins on the traditional Geta sandal by Japan’s most prestigious producer, Gion Naito, in rubber and cork.

A wall of airy oak shelves on brass poles separates the store from the site’s lobby, with each shelf painted with layers of silver, gold and white paint sanded down to make the grain come through. Product is also displayed on a long rectangular central unit with clothing presented on hanging bars in the window. Continuing the metal theme, a silver curtain slides along a circular ceiling rail in a corner of the store to form a changing room.

Paris-based Japanese architect Tsuyoshi Tane was behind the store’s design.

“The challenge was how to express our company in just 1,000 square feet,” said Kentaro Shishido, Isetan Mitsukoshi’s marketing manager, of the store, which includes a pop-up space centered around the back wall that will be used for exclusive events like showcasing fashion brands during the city’s men’s and women’s fashion weeks.

The first pop-up, also opening on Saturday, will be dedicated to tea with 11 one-off portable tea boxes in recycled wood recovered from the roof of Japan’s oldest teahouse, the Taian teahouse, which is replaced every 30 years or so. Wrapped in shifuku cloths, each box houses a set of miniature tea-making tools like bamboo whisks and pots for storing tea leaves customized by local designers and artisans like Akito Akagi, a specialist in the urushi lacquerwork technique, and the fashion label Matohu. With price tags reaching up to 19,100 euros, or around $22,000 at current exchange, a shot of sake could go in handy at the till.

More wallet-friendly items include $10 notebooks by heritage stationery brand Haibara in lucky prints like jumping rabbits or flocks of birds and Suzukake sweets made with matcha green tea and bean paste. Japanophiles looking for a high-tech fix can check out the sneakers by smart footwear brand Orphe, fitted with motion sensors to track dance moves and Bluetooth-programmable LEDs, sounds and patterns.

Denim label FDMTL is the only other clothing brand stocked in the space for now, Shishido said, explaining that Japanese fashion is tricky for the French market in terms of fit and design.

Styles from Isetan’s new private label shoe collection, No. 21, will likely be added in coming months.

The retailer used to operate a Mitsukoshi in Paris but that store targeted mainly Japanese tourists and was shuttered about five years ago, while a store on London’s Regent Street closed about three years ago. A similar unit continues in operation in Rome, while the retailer operated a pop-up shop in New York two years ago during New York Fashion Week.

At present, Isetan Mitsukoshi operates 26 department stores in Japan and 37 locations abroad, 18 of which are operated via a minority stake with local partners.