After 42 years in business, Josie Natori says evolving is essential to survival — regardless of the industry. 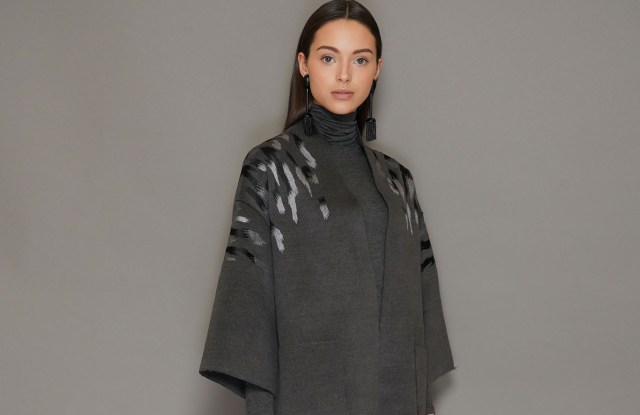 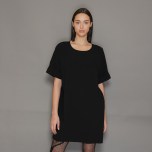 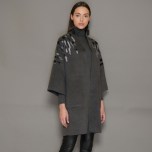 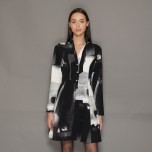 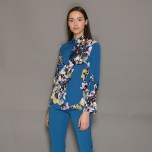 NEW YORK — Josie Natori’s weekend of work wasn’t due to model castings or last-minute run-throughs. Skipping the helter-skelter of a runway show, the designer will launch the first ready-to-wear collection under the Natori label with showroom appointments.

That might not be the most scintillating set-up for a major launch, but Natori said her 42 years of experience have taught her to focus on the business. “I succumbed to having shows because I was told I should do it, if I wanted to have a presence. Don’t get me wrong — I don’t regret it. But at the end of the day, that’s a lot of distraction and work. To me, this is a business and it belongs in the showroom,” she said. “You can show it with social media. I don’t need to suffer and be so focused on the runway and the show.

“This has never been about ego for me. It’s about building a business. I feel bad for people, and the money that is wasted on the shows, there is no business that comes afterward. Even just our photography is costly. It’s about spending money in the right places — in social media,” she said.

The privately held company has four primary labels — Josie Natori, Natori, N Natori and Josie. During a preview and photo shoot in her Madison Avenue showroom Monday afternoon, Natori spoke of the importance of adaptation. Fashion is no longer dictated, but open to individual interpretation, she said. Case in point was Lady Gaga’s decision to wear a Natori bra — with fishnets and underwear — to Mark Ronson’s after party. The photo-op wasn’t the result of product placement. “Just a bra,” Natori laughed. “We certainly didn’t give it to her. We’re not sure how she got it. But it’s great. I love it.”

The 80 or so styles in the new line include a T-shirt dress, printed blouses, embroidered kimono-inspired coats, faux leather leggings and knitwear. “This idea of people knowing what works for them, and what is easier and more versatile and comfortable, is not going away. But it doesn’t have to be sloppy,” she said. “I started in lingerie by accident. My philosophy has always been about feeling good, and being comfortable and glamorous. It’s easy but you can still make a statement.”

Expecting the Natori label to generate a few million in first-year sales, the designer said the rtw should eventually be a larger business than her top-tier collection. Pulling a pair of magenta-colored bi-stretch pants from the Natori label, the designer said she wears the style for 18-hour flights and deplanes without a wrinkle. Retailing mostly between $200 and $500, the line is geared for a broad range of customers, she said. “When you think about the turmoil in the apparel industry, it’s just been difficult. Difficult, right? Consumers have been saying, ‘I have enough,’ so there has to be a reason for them [to buy]. The price-value equation has to be right,” Natori sad.

At times, ducking into the adjacent showroom to retrieve an item from her more upscale collection to accentuate the differences in fabric but similarities in design ethos, Natori said, “What I’m trying to create is what works for them and for their life. That’s why we have more affordable prices. They’re not exactly cheap, cheap, cheap but they’re affordable.”

In addition to specialty stores, the Natori rtw will be sold via the designer’s site and through other e-tailers.

Natori said the industry’s ongoing upheaval — at retail, online and internally within companies — has given her the chance to launch rtw under the Natori label, something that probably would not have been an option five years ago. “This is not out-of-the-blue. Obviously, this was from conversations [with stores],” she said. Having factories in the Philippines to manufacture rtw is an asset, she added.

Unwavering despite those seismic shifts, Natori said she doesn’t expect consumers’ interest in good product, good quality and good taste to go away. There are certain things that are inherent. “I don’t care what century or civilization you’re talking about. There is always that space,” said Natori, adding that speeding up the back-end of production is the real challenge today to expedite getting products to consumers.

The designer’s longevity in the fashion industry has presented new opportunities as of late. A number of fine jewelry companies have approached Natori about potential deals. “I like to think our brand stands for something. There is an aesthetic and a sensibility whether it’s an East-West or artistic one that makes us stand the test of time,” she said. “It’s not just the psychographics. It’s the design.”

Committed as ever to her company, the all-systems-go Natori said she has reminded her son Kenneth Jr., the company’s president, that one day the firm will be his. He is not convinced though. “He said he is going to retire before me,” Natori said.