Philanthrophy plays a major role in the former model's life. 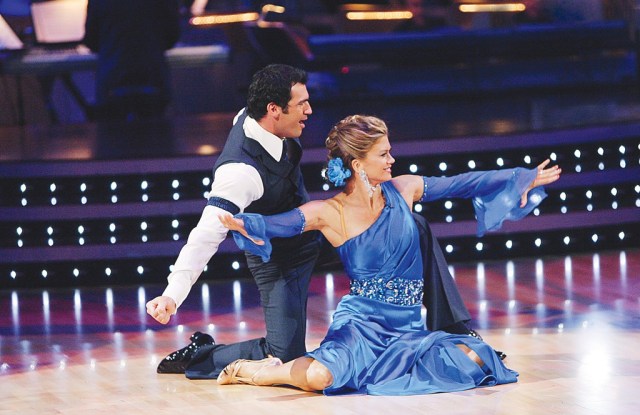 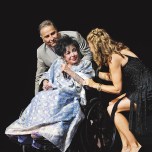 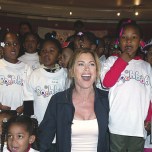 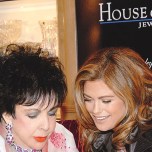 Kathy Ireland will do almost anything — even dance on television — for a cause she believes in.

In 2009, Ireland signed up for ABC’s “Dancing with the Stars” to raise money for a variety of organizations, including the Elizabeth Taylor AIDS Foundation, Athletes and Entertainers for Kids and Feed the Children. At the time, she told the blog SheKnows.com, “With the economy as it is, nonprofits are hurting. Businesses are closing right and left — businesses that nonprofits depend on. This is an excellent opportunity to bring awareness to nonprofits that are close to my heart.”

Typically, Ireland’s philanthropic efforts aren’t so public. She has continued to be an avid proponent of the Elizabeth Taylor AIDS Foundation.

“When Elizabeth first started fighting HIV/AIDS, people were dying of AIDS,” said Ireland. “Today, people are living with HIV, and Elizabeth did so much quietly that people are just not aware of. She was amazing, just brave and courageous.”

Ireland has followed Taylor’s lead in pursuing her own charitable endeavors. In 1990, she started the Kathy Ireland Mentor Program in collaboration with the public safety education organization 9-1-1 for Kids. The program has matched more than 1,000 teen mothers with professional businesswoman mentors. Ireland sought out Taylor to mentor her in design, which developed into a relationship that she described as “life changing,” and is adamant that others should receive similar treatment.

“I strongly believe in mentorships,” she said.

Stemming from Ireland’s religious beliefs — she became a devout Christian at age 18 — she is a vocal advocate for Israel, where she has a home. Ireland backs the Anti-Defamation League and the American Israel Public Affairs Committee. She was a keynote speaker at AIPAC’s conference in March.

“Christian faith brought our family to Israel,” Ireland said in her speech. “Our journey there awakened us as well as friends and loved ones who joined us to the reality that only Israel in the Middle East is truly protecting the values of freedom, of democracy and of individual liberty that we in America hold so dear.”

Ireland’s philanthropic and business efforts have garnered numerous accolades. On May 31, K.I.D.S., or Kids In Distressed Situations, an organization that has delivered more than $1 billion worth of merchandise to poverty-stricken communities, will recognize Ireland at its Women in Industry Luncheon.

“We chose her for a number of reasons. She has really been a role model to other women in terms of taking the initiative in pulling herself up from her bootstraps,” said K.I.D.S. president Janice Weinman. “She has not only been philanthropic to a lot of nonprofits and causes, but she is also very involved in them. She takes an active role in promoting their missions.”

On May 19, Ireland will receive an honorary doctorate from California State University Channel Islands.

In 2010, the Big Brothers Big Sisters of Orange County gave Ireland its Wise and Wonderful Woman Award. The next year, the YWCA Greater Los Angeles feted her with the Phenomenal Woman of the Year Award. She has been named by UCLA as one of the Top 10 Women’s Health Advocates in America.

Other organizations that Ireland has supported include St. Jude Children’s Research Hospital, the Alliance for Global Education, the Dream Foundation, the Alliance for Christian Education and the Make-a-Wish Foundation. In addition, she has worked to provide relief for Haiti by visiting the earthquake-damaged country. After a trip there, she wrote on Twitter, “Being in Haiti was one of the most beautiful, heartbreaking adventures in my life.”

• Combat HIV/AIDS, malaria and other diseases.

• Develop a global partnership for development.