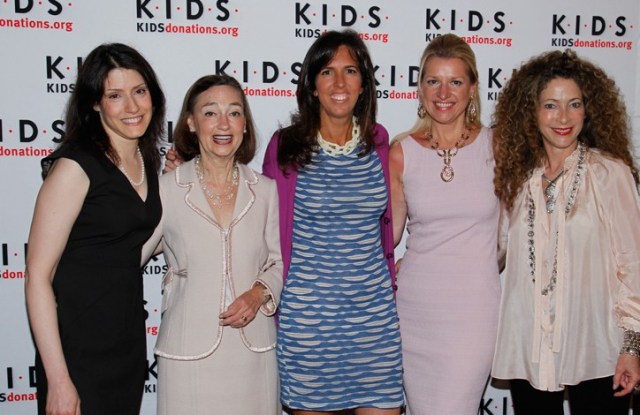 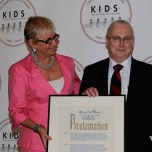 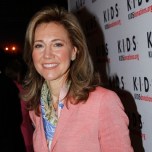 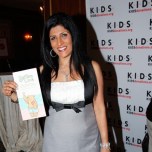 “Of the 9,135 days that KIDS has existed, I’ve been with KIDS for 1,155. But who’s counting?” said Janice Weinman, president of the Kids in Distressed Situations charity. “Each of those days has been a privilege to make a difference.”

TV journalist Roz Abrams hosted the event and introduced a video of Weinman in Haiti outfitting children after the earthquake. John Mattingly, commissioner of the New York City Administration for Children’s Services, proclaimed June 3 KIDS Day, and keynoter Silda Wall Spitzer, wife of the former New York Governor, issued a call to action by invoking the words of the late Audrey Hepburn, who helped needy children around the world. “If you ever needed a helping hand, you will find one at the end of your arm.”

Spitzer also quoted Gandhi, stating, “You must be the change that you wish to see in the world.”

“It’s easy to stand up here and accept an award, but it’s the people that do this [help children in distressed situations] every single day that make a difference, such as Janice,” said Miller. “It’s unimaginable for me to conceive of what it is like to try to parent when you can’t even provide the basic necessities,” said Lange.

In addition, Sonya Sarin said she formed a charity called Bottom Line with a goal to donate 10,000 packs of underwear, seven pieces per pack, for needy boys and girls over the next year and that she is working with KIDS on the project. Since its inception, KIDS has distributed more than $1 billion worth of new product to 65 million children.