Show organizers are updating their strategies as new competitors are surfacing. 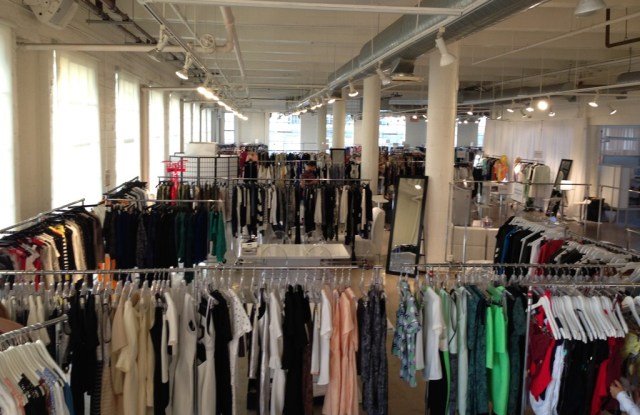 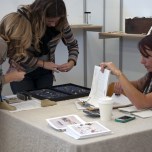 LOS ANGELES — To better understand the changes in the trade show market here, it would help to analyze a business such as Leighann Boquist’s boutique in Vancouver.

This story first appeared in the December 11, 2013 issue of WWD. Subscribe Today.

Founded five years ago, Oliver & Lilly’s bets big on California-based brands, including Heidi Merrick, Velvet by Graham & Spencer and Mother Denim, and Boquist makes regular shopping trips to Los Angeles. Having increased her buying budget, jewelry has expanded to make up 25 percent of her orders, up from 10 percent last spring. Whether customers are scooping up a $50 T-shirt, $130 pair of jeans or $600 dress, they covet quality that lasts.

“They want a quality piece and they want to make sure they can wear it next year,” said Boquist, who opts to place orders six months ahead rather than to snare immediate deliveries when she peruses the Los Angeles market. “People will pay higher prices if the quality is there and they want a story. Our customers want a story behind the line. It can’t just be $500 just because. ‘Where is the fabric coming from? What’s the story behind it? What’s the manufacturing end of it?’ Not only are they selling features, they’re important to us.”

Such thoughtful buying with an emphasis on quality and an eye on the special West Coast customer has spurred local trade show organizers and showroom owners to modify their strategies. From Designers & Agents, Coeur and Brand Assembly to the California Market Center, they offer amenities ranging from complimentary cold-pressed juices to information-packed seminars that address key topics such as omnichannel retailing and tips for improving sales. As the economy and retail sector improve, new competitors are surfacing.

Brand Assembly, a New York-based company that provides back-end services to emerging designers, launched a namesake trade fair last June at Cooper Design Space. Catering to women’s contemporary brands and young designers that generate $5 million to $30 million in annual sales but aren’t large enough to operate their own West Coast showrooms, Brand Assembly aims to host four shows a year. It made its debut with 28 brands. For its second show in October, it presented 60 clothing labels, including Marna Ro, Laveer, Tibi, American Retro and MiH Jeans, in a shared space with Coeur. It anticipates as many as 40 brands in January and up to 70 in March, when it will collaborate with Coeur again.

“The purpose is to keep it really curated,” said Hillary France, cofounder of Brand Assembly, who, at the most recent show, welcomed some 500 retailers, including Bergdorf Goodman, Intermix, Elyse Walker, Amazon.com and London’s Fenwick. “We want it to be a very shoppable, clean, modern environment, almost like you’re walking into a store. After a long season, it’s nice to end up in L.A. and have that environment to take the pressure off, just relax a little bit and make your final decision for the season.”

The intimate setting appealed to Toronto-based Pink Tartan, which met with retailers in Los Angeles for the first time through Brand Assembly.

In addition to their knack for styling, West Coast stores are also approaching merchandise differently, according to Henry Myers, cofounder and creative director of Coeur. Since launching the semiannual trade fair two years ago with 50 companies producing accessories, gifts and home decor, Coeur’s roster has grown more than 20 percent each season, with half of them foreign exhibitors. Wholesaling from $40 to $700, the 100 brands that participated in the latest edition included Australian jeweler Samantha Wills, Swedish shoe label Reschia and French eyewear firm Le Specs, all first-time exhibitors.

“This show was launched right toward the end of the [global financial] crisis,” Myers said. “You had a lot of stores that weren’t buying a lot of big-name clothing lines. They were stocking up on candles, jewelry, handbags and shoes. Those things made money for the boutiques.”

In conjunction with the apparel market’s recovery, Coeur partnered with Brand Assembly last October to share space in Cooper Design Space’s penthouse and plans to do so again next March. To support its exhibitors, it schedules a trade show 101 Webinar featuring a retail buyer, vendor and Coeur staff member to hash out strategies for boosting sales at the fair. It also worked with fashion Web site Refinery29.com to highlight 22 exhibiting brands ahead of the October show, a feature it hopes to repeat next year.

“The main focus is to bring the best stores and best brands to the L.A. market,” Myers said.

At the end of the day, however, it’s the caliber of the brands that draws buyers to the trade shows. That’s the thinking of Ed Mandelbaum, cofounder of Designers & Agents, which always devotes about a third of the roster to new brands. Sensing an upbeat mood in the Los Angeles market, he said the January show, which runs from Jan. 13 to 15, is showing a 75 percent increase from a year ago, with 40 booths and 60 designers. Even with the optimism, buyers are selective rather than frivolous, he said.

“There’s more thought and care into the buying process,” he said. “There are fewer mistakes and more selling things at regular price.”