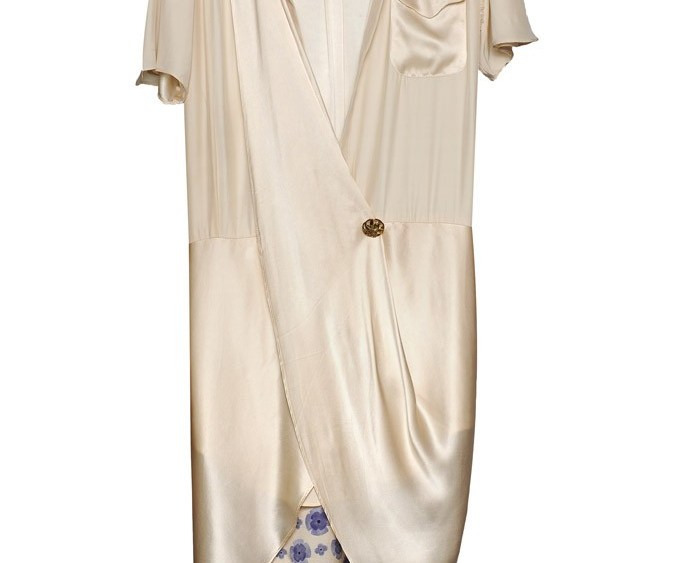 PARIS — Pockets of brisk business and an upbeat outlook fought against anxiety over tightened European budgets at the recent women’s apparel trade shows that coincided with Paris Fashion Week.

Buyers sought higher-end and multifunctional items, with whimsical patterns and photographic prints, plus looks that balanced cool with elegance.

“We definitely feel that tension and that anxiety [about the economy], but you don’t just come to Europe for the Europeans,” said Meryl Mandelbaum, coproducer of D&A, which mostly features American designers in a cozy setting in Paris’ Marais district. But “the market is much more optimistic in America, there’s more courage,” to try new brands, Mandelbaum said. “Stores still have to fill their shops and it may make things a little different, more considered and careful, but it’s happening.”

In the euro zone, however, “people think longer before buying,” said Marilena Raznatovic Michi, an Italian export agent for 25 brands, including Not Shy and Brigitte Bardot, at a busy Paris sur Mode Atelier.  “Italians prefer Italian brands because they get more service, can change an order easily — it’s harder to sell L.A. or London brands to them.”

Berlin’s major department store Quartier 206 had reduced its budget, because “the summer wasn’t so good for us,” said buyer Celia Solf at Capsule.

Karin Bereson, owner of the boutique No. 6, at Tranoï’s Louvre location, said, “I’m looking for things you can’t find anywhere else in New York. Our customer doesn’t care about brands and wants things she can mix.”

In general, “people are shopping, but they want to be more excited about what they buy,” Bereson said. “They want something really interesting and beautiful.…It takes a lot to ‘wow’ me now in terms of fashion,” adding that the best items are “seasonless, and [ones] you can roll in a ball.”

At Tranoï, American Rag chief executive officer Mark Werts said his budget was up 10 percent and he liked Isabel Benenato’s collection that included adaptable knit tops for different body types. Werts said he was open to trying new designers, adding, “You have to earn your stripes every day….We’re not stuck on the idea of loyalty to any brand.”

Carl Dias, buyer for Traffic, a high-end Los Angeles store, said his budget was up 15 percent. He said, “Business is good. It depends on the product. There’s no price resistance if it’s the product of the moment and that’s usually luxury.”

Stella Pardo’s glittering booth of gold-threaded, all natural lightweight cotton knits was swamped. Designer Cynthia Guerrero, originally from Peru, said business had never been better for her summer collection. She reworked the new line to meet a higher-end market, and said the strategy was paying off.

At Capsule, former actress Phoebe Cates, owner of the New York boutique Blue Tree, cited the beach towels printed to look like carpets and sewn into ponchos at California-based Fresco Towels, noting, “You could take it on a picnic or decorate your home. It seemed really fun and multifunctional.”

At many of the shows, designers featured classic, simple silhouettes, often drawing from vintage styles. A hint of cool masculine edginess, like broadened shoulders, was commonly contrasted with feminine details like silky or lace fabrics. In addition to a strong pastel showing, color trends included darker-than-usual spring palettes such as navy and Bordeaux for looks that could be worn into the fall. Fresh yellows, light blues and whites were strong, as well as oranges and hot reds.

At Capsule, Copenhagen-based designer Heidi Hofmann’s sharp silhouettes and details like visible zippers ensured “it doesn’t become too cute.” Other touches included blouses that come up to the neck made with delicate sheer fabrics. Designer Alexis Barrel explored a South African and Dutch porcelain theme, plus embroidered interpretations of African floral designs for a “relaxed, and not-too-fussy look, made with beautiful fabrics.”

At Tranoï, Ivanka showed a debut collection of ready-to-wear and accessories made to look like they were dipped in cement.

On Jan. 19 to 21 in Paris during men’s fashion week, Tranoï is launching its first women’s preview show as part of a program to give buyers more time to think about their purchases. At this season’s Bourse location, visitors were welcomed by large ribbons in mixed print fabric woven through the columns on the historic monument’s facade by designer Pierre Louis Mascia and an outdoor “Design Talents” exhibit by Les Ateliers de Paris featured creative inventions like a pair of shoes that change color according to how the foot presses against the ground.