Tan Siu Lin’s travels and experiences around the Pacific Rim ultimately led him to establish a wide-ranging global enterprise. 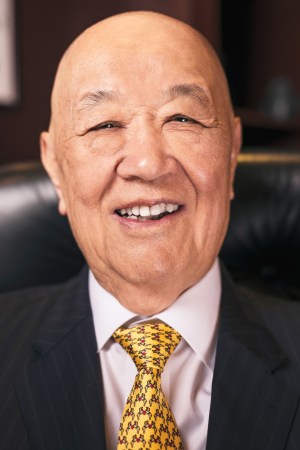 Italian Trade Show Operators Bet on 2021 With Some Adjustments

Tan Siu Lin said he never expected to have such a sprawling consortium of businesses, but his ventures read like a curious laundry list. In the 50 years since he set up Luen Thai, the $1.22 billion family-run group has dealt in textiles and manufacturing, fishing, shipping, as well as some more obscure trades such as film distribution. It all came step by step, he said. Luen Thai patriarch Siu Lin, now 85, came from very humble beginnings. He was born in Quanzhou, located in southern China’s Fujian province, a city that may be Fujian’s largest now but back then was a small impoverished village. “My life in my early years in China was tough,” Siu Lin said. “Our hometown, because land was scarce, was rather poor. So people left to go overseas to work. They went to Southeast Asian countries. The majority of them went to the Philippines and Indonesia.”

When he turned 18, Siu Lin joined the emigration and moved to Manila looking for opportunities. He arrived to discover that the Philippines was also very poor — as it was not long after World War II had ended — but at least there was room for enterprise. He began working there for his father, who had set up a small textiles shop.

“My father ran a fabric shop over in the textile marketplace in a space half the size of this room,” he said, gesturing to the spacious Hong Kong office in which he now sits.

“He had only one other person working in the shop before I joined him. There was no air conditioning. It was only fans — and they were all very small fans. We all felt very hot,” he said. “In the fabric marketplace, 90 percent of the people were Chinese, so we were able to introduce each other when looking for work.”

The business was just a small operation so profits were modest, too — working for his father gave him 20 pesos a month, the equivalent of $10 back then — but it wasn’t long before he spotted another opportunity.

“We were not sophisticated people. It was the poor people who had to go overseas, and very few came from rich cities like Shanghai, Jiangsu and Zhejiang,” he said.

Most of the Chinese in Manila were illiterate but he could read and write, so he started a letter-writing business and began saving some money.

Much of his success, in fact, has relied on the network of the Chinese diaspora across Southeast Asia and the Pacific. He started traveling between Malaysia, Singapore and Hong Kong for the growing textiles business. In 1965, he headed to Hong Kong to set up a shipping and trading company with a friend from Malaysia. The operation proved to be extremely rocky at the outset but after a few years, the business grew, eventually spreading to places such as Brunei and Taiwan.

In 1972, he moved his growing family to Guam. While there, a friend in the film business told him how popular kung fu movies were in the U.S. and suggested he bring the flicks to the island. It was the heyday of martial arts stars like Bruce Lee. At the time, Guam’s film business mostly comprised American and Indian businessmen who dealt only in cash. Besides importing films, he had the idea to give loans to the movie houses, and the business mushroomed all across the Pacific region. This turned his attention to investing in nearby Saipan.

By the Eighties, with the Mainland Chinese manufacturing boom in full swing, he returned to his hometown of Quanzhou to set up garment factories there and elsewhere in the south.

Today, he takes a much more hands-off approach to business and leaves most of the day-to-day managing to his eldest son, Henry, who is chief executive officer. Running a family business is not necessarily smooth sailing, the patriarch admitted, but the Tans have determined they want the operation to remain family-run or a period of time, I thought to myself that this harmony was achievable only until they grew up, and eventually it would become a more complex situation,” Siu Lin said. “So I discussed with Henry and my other children. I said, ‘You all have grown up. You have your own children. Should we consider distributing and setting up separate entities?’ Essentially, dividing the family assets.

“I wanted them to voice their opinion on this. My idea was for everyone to come to an understanding and agreement,” he said.

“Because Henry is the eldest, he is also the one working with me the longest. His ideas and principles are the closest to mine. I have talked to my other children and I know he has their understanding.”

Retirement is a transition he’s easing into — he considers himself about half-re-tired now.

“I now only come to work in the morning,” he said. “Before, I used to go to work everyday on time and leave work, well, not on time.”

On the group’s 50th anniversary, he hopes that Luen Thai management and operations will remain within the family.

“From my point of view, I hope that Henry and my other children can go through another 50 years, and another 50 years after that,” he said. “I hope that my descendants can continue running the business — we are especially counting on Henry for that.”

Does he pay any heed to the Chinese saying that wealth doesn’t last more than three generations?