Mavi Wants a Bigger Presence in the Women’s Market

Mavi has a core following among male consumers, but thinks there's room to grow its women's business. 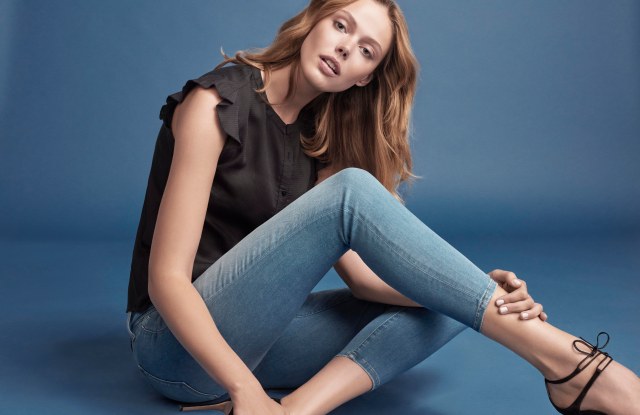 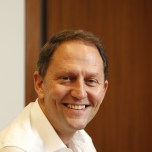 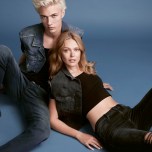 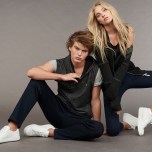 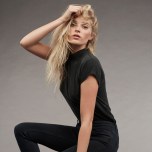 Denim brand Mavi is looking to reset its U.S. presence in the women’s market, but it won’t be an easy expansion given the competition.

Fast-fashion brands include denim in their selections, and then there’s the ath-leisure category that offers consumers options known for both fashion content and comfortable fit. Finally, there’s a feeling among some in the market that perhaps Mavi Jeans made the wrong turn when it pulled back on its U.S. business.

Cüneyt Yavuz, chief executive officer of Mavi, disagreed with that view, noting that the company was bullish about the brand’s growth prospects in Turkey and had been focused on building out the potential in its home country. He also said the brand needed to learn about retail on the home front. And in noting how Mavi’s offerings have grown, Yavuz touted how the stores in Turkey initially averaged 2,000 square feet and are now closer to between 6,000 to 8,000 square feet. That size better showcases the collection, which now includes tops, bottoms, dresses, jackets and accessories, the ceo said.

In a visit to New York last week, Yavuz said the company currently has a greater following among men, adding that there is room for expansion in the women’s market.

“We need the [female consumer] if we want to be a sexy brand,” the ceo said. He explained that men are more loyal to brands, and that “once you have them as a customer, they will die in the brand.”

Yavuz said the company sold over 1 million pairs of jeans in North America for fiscal year 2016, and 7.5 million denim items globally for the same period. That is as close to an estimate he would detail regarding the company’s annual volume, even though Mavi is now a public firm and the prospectus likely included financial information on volume for 2016. The company completed its initial public offering in June and trades on the Turkish stock exchange, the Borsa Istanbul. Market sources said the company’s annual volume last year was probably in the $450 million range, up from $425 million in 2015.

Sait Akarlilar and his family founded Mavi in 1991 in Istanbul. The name Mavi means “blue” in Turkish. The family retains a 45 percent stake in the firm. The brand tends to target a younger demographic, and is considered in the sub-premium denim market, with price points between $100 and $140 for a pair of jeans.

According to Andreas Kurz, a consultant at Akari Enterprises and former ceo at Diesel USA and at Seven For All Mankind, “The company did really well during the downturn [between 2008 and 2011] when every company was suffering. Because they are a sub-premium brand, it was a good segment to be in during the economic crisis as consumers were downgrading from premium.”

Kurz added that back then ath-leisure was still in its infancy as a market category, and stretch wasn’t as prevalent as it is now in the fabrications used in apparel today.

Yavuz said the brand is number 3 among male consumers in Turkey, and either fourth or fifth among female buyers. Mavi seems to understand its hurdles, and last year partnered with designer Adriano Goldschmied — who worked on the brand’s Molly & Max fits back in 1996 — for the brand’s new Indigo Move Premium Collection, a line of knit denim jeans featuring stretch in its fabrication that straddles the denim market and ath-leisure. The brand still relies on leading models for its global advertising campaigns, with the latest including Elsa Hosk, Barbara Palvin and Lucky Blue Smith, all of whom are in their 20s.

According to Yavuz, Mavi can continue to build a following based on the quality of the product and its “Perfect Fit” strategy, which he said represents both quality and value.

In the U.S., the brand is sold at Nordstrom, Bloomingdale’s and Lord & Taylor, but only at select — the more profitable — locations. The brand used to be sold at Dillard’s, but not anymore. The ceo spoke about needing to control the brand’s expansion: “The department stores push us to go national, but then we run the risk of markdowns. We try to make sure [the stores we are in] are profitable and that we have the right volume and product.”

Yavuz said Mavi has declined to play ball with Macy’s, even though it aspires “one day to be there; it has to be the right time with the right mix of pricing and promotion.”

He criticized how department stores in general are operated, stating that many have “lazy inventory management,” noting that what is happening at the department store channel now is “good news. They are realizing they need to be closer to the consumer and deliver what it is the consumer needs.”

Mavi also partners with Stitch Fix as part of the curated subscription box rotation, according to the ceo. At one point, the company had stores across the U.S., but now has just one, in Park Slope in Brooklyn. Yavuz said there are no plans to open any stores over the next two to three years.

The brand is also sold at select online sites such as Amazon.com and Zappos.com, although Mavi executives in the past have criticized the amount of discounting on Amazon. Yavuz said that Amazon “early on was a great gateway [for the brand] through its search engine,” but acknowledged that Amazon had pricing control because it had the inventory. The ceo said that problem has since been fixed: “The way to deal with it is to go to Amazon, but have the search on Amazon take you directly to Mavi.com,” which then gives the brand direct control over pricing.