Men’s Shows Do the Gotham Shuffle 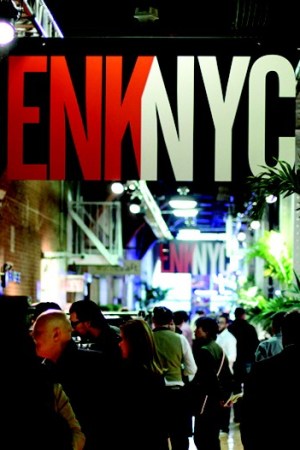 What a difference a season can make.

The biggest shift is Project’s absence. Increased competition and dwindling attendance prompted its owner, Advanstar Communications Inc., to table its July edition, though Project’s newly appointed president, Andrew Pollard, confirmed the show would return to Manhattan in January. In the meantime, many New York shows are taking in Project’s refugees and making room for what was already shaping up to be a strong season.

ENK NYC returns to The Tunnel and La Venue on the west side, where it will host some 200 vendors, more than double last season. The show is taking over The Tunnel’s top floor to accommodate the influx of exhibitors. ENK NYC, which begins a three-day run July 17, is reprising its segmented format that creates distinct areas for classic men’s wear, international and upcoming designers, grooming products and contemporary sportswear.

Among the newcomers are Antonio Azzuolo, Korean brands from the Ideal Showroom, Costume National fragrance, the Black Dog showroom and J.Lindeberg. Grooming and footwear are shaping up to be strong categories at ENK.

Footwear brands will be well represented at the MRket New York show, which takes over the Jacob K. Javits Convention Center for three days beginning July 18. The show’s contemporary offshoot, Vanguard, also will return for its second season.

New York’s growing home for progressive men’s wear, Capsule, is decamping from its Lower East Side location for Chelsea and the former Dia Art Foundation space. The show outgrew its original venue at the Angel Orensanz Foundation last season and added a second location, the Puck Building. The show will run July 19 and 20 and feature youthful collections that lean on vintage Americana styles and Goth looks.

The Designer Forum at the Warwick New York Hotel also returns for market week July 17 to 20.