The apparel firm has relocated into a 140,000-square-foot vertical operation with state-of-the-art, green technology and machinery made in Italy and Germany. 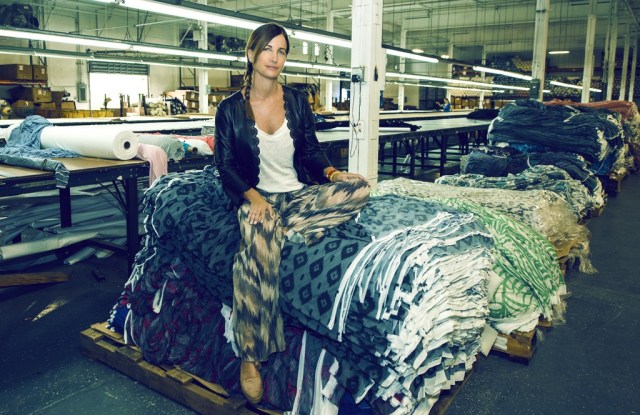 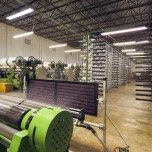 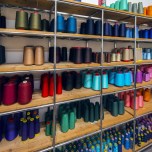 In February, the Miami-based women’s apparel firm relocated from a 40,000-square-foot factory where it had produced a portion of its signature nylon mesh separates and private label since the late Nineties, to a nearby 140,000-square-foot vertical operation on the border of Miami proper and Hialeah, a city to the northwest that was once a regional hub of manufacturing.

Though assembly continues to be outsourced to Latin America, the $26 million investment in state-of-the-art, green technology and machinery made in Italy and Germany gives founders Mario and Stacy Frati hands-on control of raw materials, from spinning of yarn to cutting garments.

Like many U.S. companies, the Fratis had grown disillusioned with the inferior quality and late deliveries that can often result from outsourcing. Forced to choose between retiring and going vertical, they bet that others were willing to spend a few extra dollars a unit for top-notch quality control and speed to market, particularly fill-in orders, which have become their calling cards. That their own collection has been carried at Bloomingdale’s, Nordstrom and Anthropologie for many years cemented their reputation.

“We are truly fast in the fast-fashion era,” said Mario. “We’re influenced by the Zara model to turn around garments in weeks versus months.”

Beyond reorders and scrambling to jump on missed trends — the factory holds a position on other fabrics including rayon spandex jersey and polyester chiffon — retailers can tweak Sweet Pea designs for a desired look such as cropping peplums or lowering necklines. Executives with their design teams in tow turned the factory and its 3,000-square-foot showroom into a hot spot during Miami swim week this summer. Many visitors had never seen a factory and when showing them around, Mario, a fourth-generation textile manufacturer whose Florentine family owned factories making fabrics for markets from automotive interiors to cashmere worldwide, compared before-and-after results between his new and old machines.

“This Brazzoli dyeing machine reduces water by 90 percent and cuts the process in half, the warper’s RPMs have been increased from 400 to 1,000, and fabric printers have gone from 10 to 21 yards per minute on a quarter less electricity,” he said.

The switchover has created more demand for technicians, while some departments have been downsized. Whereas extracting water from dyed fabric ropes formerly required two workers, a single employee merely observes the step’s new computerized Corino machine. A few steps must still be done by hand: Fabric spreaders train six to 12 months to qualify as an assistant, while a cutter takes even longer. Many of the 74 full-time employees have worked there for 20 years.

“Our biggest challenge is filling labor positions,” Mario said. “If I place a classified ad for a dyer, no one under 75 would apply.”

The Fratis said a key factor in firms like theirs successfully competing against global sourcing Goliaths is to guarantee the same level of code compliance. Their desks are piled with exhaustively thick contracts regarding safety, ethics and garment testing.

“Dotting your i’s and crossing your t’s to become a validated vendor is how you stay in this game,” Stacy said. “Exceeding these expectations is our slingshot.”

Beyond their current annual production of 2.1 million units with five to eight times growth capacity, the Fratis consider their mission much more than business-minded. They don’t believe all manufacturing is lost to Asia, but that the U.S. has a greater opportunity than Europe to reclaim a piece of the pie if entrepreneurs pony up and take risks.

“We’re already proving you can beat China in Miami, and we’re not even at our best level yet,” said Mario.