The crisis in Russia has started to impact trade. 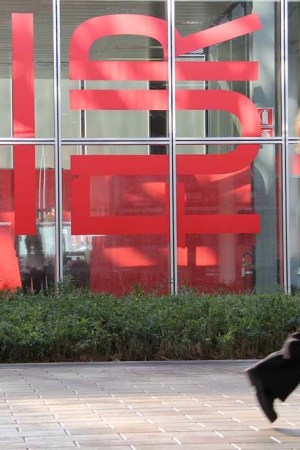 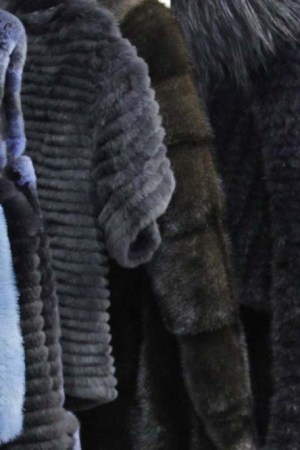 Fur looks from the Mifur exhibition.

Bolstered by growing worldwide demand for luxury Italian bags and accessories, total 2013 turnover for non-shoe leather goods posted a 6.9 percent rise over 2012 to 5.6 billion euros, or $7.8 billion, according to a preliminary estimate by Italian leather goods association AIMPES.

Growth was buoyed entirely by exports, which climbed 11 percent to 4.7 billion euros, or $6.5 billion, in the first 10 months of 2013, compared with January through October 2012.

Geographically, revenues were buttressed by strong export growth to the U.S., Hong Kong, Japan, the U.K., Germany and Korea.

Meanwhile, sales in Italy decreased 1.2 percent to 1.7 billion euros, or $2.4 billion, over the same period.

“Production is still 15 to 20 percent below pre-crisis 2006-2008 levels,” cautioned Mauro Muzzolon, general director of Mipel and of AIMPES, who noted that the number of buyers at Mipel had slipped 6 percent over the last edition. He expects 2014 to “maintain the same difficult dynamics we’ve seen in recent years.”

For Paola Volponi, who owns and runs F.A.P. Italia with her husband, Giorgio Stamerra, momentum for luxury exports has meant steady growth.

“We saw the crisis as a great opportunity for investment in new markets,” Volponi said.

F.A.P. makes luxury brass bracelets covered in a vibrant range of real reptiles like crocodile, alligator and python, or exotics like ostrich, ray fish and Nile perch. The skins are CITES certified — a guarantee that they are ethically sourced following the international convention on trade in endangered species. Bracelets are also certified Made in Italy.

Marketing director Flavio Orlando said revenues in 2013 rose 17 percent over 2012, and that he expects a 20 percent growth in 2014. Orlando added that about two-thirds of the company’s production — about 2,000 pieces per day — is for global luxury brands while one-third is for its proprietary label Stamerra.

Orlando said the cost of premium skins has risen 10 percent since 2013.

Stamerra introduced black alligator bracelets with punk-inspired studs in honor of a “glam-rock” theme promoted by this edition of Mipel.

“Coordinates” are also forecast — not just with matching bags and wallets, but also clothes, coats, luggage and briefcases. Korean artist Youk Shim Won’s shirts, briefcases and bags, with illustrations of dreamy cartoon ladies, are a case in point.

A pronounced return of “cowgirl” style was embodied by a red calf-skin purse with domed studs and pleated fringe presented by Barbara Milano.

Barbara Milano’s product and manufacturing head, Massimiliano Savoia, said response to the label’s upscale repositioning after a flat 2013 had been “better than expected,” with orders steady despite a 15 percent price hike.

“The materials are superior to last season, and the construction is more complicated,” Savoia said. “It takes about four to four-and-a-half hours to make one of these purses. It previously took two to two-and-a-half hours.”

Average wholesale prices for the purses ranged from 110 to 130 euros, or $152 to $180, but U.S. shipping and customs add 20 to 45 percent to the price. Savoia said the brand’s parent company, Chrea Milano, produces 8,000 to 10,000 pieces each season, including bags for luxury houses like Chanel, Dsquared2, Smythson and Versace.

Braccialini Group, which makes Vivienne Westwood bags, celebrated the 60th anniversary of its own namesake label. Also among the firm’s eight brands are Gherardini and Francesco Biasia.

Lorenzo Braccialini, chief marketing officer and son of the founder, said sales were flat in 2013 owing to the poor Italian market, but that the group had expanded eightfold from 2000 to 2010, and continued to grow through 2012 despite the bankruptcy of its former parent company Mariella Burani Fashion Group.

Much of the growth was in the Russian market, which is now the Braccialini brand’s largest. Unrest in Crimea and recent devaluation of the ruble worry Braccialini for 2014.

“The devaluation of the ruble erodes margins for our clients,” he said. “It’s frightening, especially to think about our big clients.”

Political turmoil in Ukraine and the devaluation of the Russian ruble also loomed over fur operators at the Mifur trade fair in Milan after unseasonably warm weather eroded winter retail sales in the ex-Soviet bloc and Asia, and prices for raw material prices tumbled at auctions.

Russia and Ukraine accounted for 23 percent of Italian fur exports in 2013, followed by China and Hong Kong at 13 percent, according to a PricewaterhouseCoopers study for the Italian Fur Association.

“We have a problem with Russia and the Ukraine. The ruble continues to weaken,” Albertalli said. “Very important buyers from the Ukraine did not come [to Mifur].”

As Russian armed forces occupied strategic posts in Crimea, the ruble nose-dived against the euro and the dollar, sending an already-sinking currency even lower to about 20 percent below levels seen at the same time last year.

Larisa Kozlovceva, owner of Moscow fur shop Bellissima, said she would gather coat models and estimates at Mifur, but wait two to three months to see whether the exchange rate bounces back before making any purchases.

“The entire order depends on that number,” she added, noting that a warm winter in Russia left her store burdened with unsold stock.

“Most of the shops and boutiques are closed and there are notice boards saying ‘Sorry we’re not working at the moment,” Iemelianova said, adding that parts of Kiev were wrecked. “It was big, big damage.”

Fair attendance held up despite the strain of international woes and a local transit strike, registering 14,228 visitors, down just 2.85 percent over the last edition. Mifur ran March 4 to 7 in Milan.

Absences from former Soviet nations were largely offset by nearly 49 percent growth in U.S. visitors, and the return of Canadians, French and Spaniards.

“For consumers, the prices will be excellent and the quality very good,” said Maria Angela Esposito, an owner of Italy’s Jun furs, maker of the Manoel Cova brand, one of the nine labels featured in the annual runway show at Mifur.

A number of the collections in the runway show, which included Gianfranco Ferré Furs, Pajaro and Fabio Gavazzi, prompted standing ovations.

“One has to reach back a couple of decades to remember the last time that happened,” said Scarpella.

Manoel Cova showed a hooded broadtail and snakeskin poncho in denim to dark silver hues, and a silver laminated broadtail jacket with removable metal studs at the shoulders.

Fossil hues and structured tailoring combined with rustic furs was one of three main fur trends identified by the International Fur Federation for next winter.

Her short jackets featured patterned textiles or cashmere with panels of marmot, rex rabbit and fox meant to retail at between 1,000 and 3,000 euros, or $1,380 and $4,160. As a novel bonus for an apparel wholesaler, De Reviziis offered to post plugs for retailers on her blog.