The great-great granddaughter of the founder of the Swarovski crystal company appears caught in a shakeup.

By David Moin
with contributions from Samantha Conti
on April 24, 2020

The logo of Swarovski on a shop front

Nadja Swarovski, the glamorous face of the Swarovski crystal brand and liaison to fashion designers around the world, has been stripped of responsibilities in what appears to be a major COVID-19-related shakeup, sources told WWD.

Robert Buchbauer, the chairman of the board and head of the consumer goods division, has been given greater responsibilities, taking over several areas that were held by Nadja and rising to the title of chief executive officer, sources said.

An executive committee, also referred to as the executive board, composed of Buchbauer; Nadja Swarovski; Mathias Margreiter, and Markus Langes-Swarovski, had been running the company, but it appears Buchbauer is now fully in charge.

The shakeup also hit Markus Lange-Swarovski, who sources said resigned as head of the Swarovski professional division, which wholesales loose crystals to many companies. It’s a big part of the business, but has encountered in recent years lots of competition from suppliers in China. He has left the executive board.

Atelier Swarovski, the designer/luxury collection of crystal jewelry and home products which Nadja oversaw for years as a halo for the core Swarovski products, is small in volume. Yet it has been important because it drove publicity and shaped the image of the brand. Nadja orchestrated many high-profile collaborations with designers worldwide, especially in the U.S. and Europe. “It was a money-losing business but provided a good image for the overall brand,” said the source.

Nadja was also deeply involved in the corporate branding with high-profile, expensive marketing sponsorships like the Oscars, the CFDA Awards, the British Fashion Awards, and Broadway and Hollywood associations that garnered plenty of press coverage. In addition, Nadja has been very involved in the company’s sustainability drive.

Nadja’s great-great grandfather founded the family-owned Swarovski crystal company in 1895. About 300 members of the Swarovski family own stakes in the privately held company. “There has been a lot of tension within the family,” said the source familiar with the company.

There have been recent layoffs at the company as well, but the number could not be determined.

“Nadja wasn’t strategic and was always changing her mind but she has been such an important public part of the business,” said the source. “She still heads up the Swarovski Foundation,” though it’s not entirely clear how her dealings with designers will evolve with her responsibilities changing.

On Friday, the company issued the following statement to WWD: “Following the withdrawal of Markus Langes-Swarovski from the executive board (in the future focusing on his role on the advisory board and chairman of the board of directors), the management of Swarovski was reorganized at the beginning of April and structures were streamlined in accordance with the decisions of the responsible bodies.

“In addition to his previous duties as chairman of the executive board, Robert Buchbauer is taking over the role of ceo and will realign the company along a common vision, growth strategy and organization. Mathias Margreiter and Nadja Swarovski will continue to be part of the executive board.

“With a turnover of 2.7 billion euros and 29,000 employees worldwide, Swarovski is the leading crystal and jewelry manufacturer.”

According to another source familiar with the company, “This is a family-run business and decision-making has never been smooth. There was no ceo, and it was always a difficult process to get decisions made and approved. And there was no alignment among the four of them. The changes don’t come as a surprise and they clearly took the opportunity of COVID-19 to cut costs and reorganize,” the source said.

Nadja Swarovski, well-connected and a born marketeer, two years ago launched the book “Brilliant” marking the 10-year anniversary of the Atelier Swarovski designer jewelry collaborations. Hubert de Givenchy, who collaborated with Swarovski over the years, wrote a piece for the book shortly before his death that year.

At the time, Swarovski said she founded Atelier Swarovski to fuse the company’s involvement in fashion with its business as a crystal supplier. In those years, the division worked with Viktor & Rolf, Jean Paul Gaultier, Mary Katrantzou, Christopher Kane, Peter Pilotto, as well as Givenchy, while developing its own in-house range.

Swarovski was also keen to look to the future, broadening the Atelier Swarovski line to include handbags and sunglasses. As reported, she also took Atelier Swarovski into the world of fine jewelry with man-made gems, in an environmentally conscious way aimed at appealing to the next generation of luxury consumers.

Swarovski’s man-made diamonds have the same physical and chemical composition as mined ones and are grown in a lab in California and certified by the Gemological Institute of America. They also incorporate crystals and man-made emeralds. Stephen Webster was among the first jewelers to collaborate with Swarovski on a collection featuring fabricated diamonds and gems like emeralds and rubies. 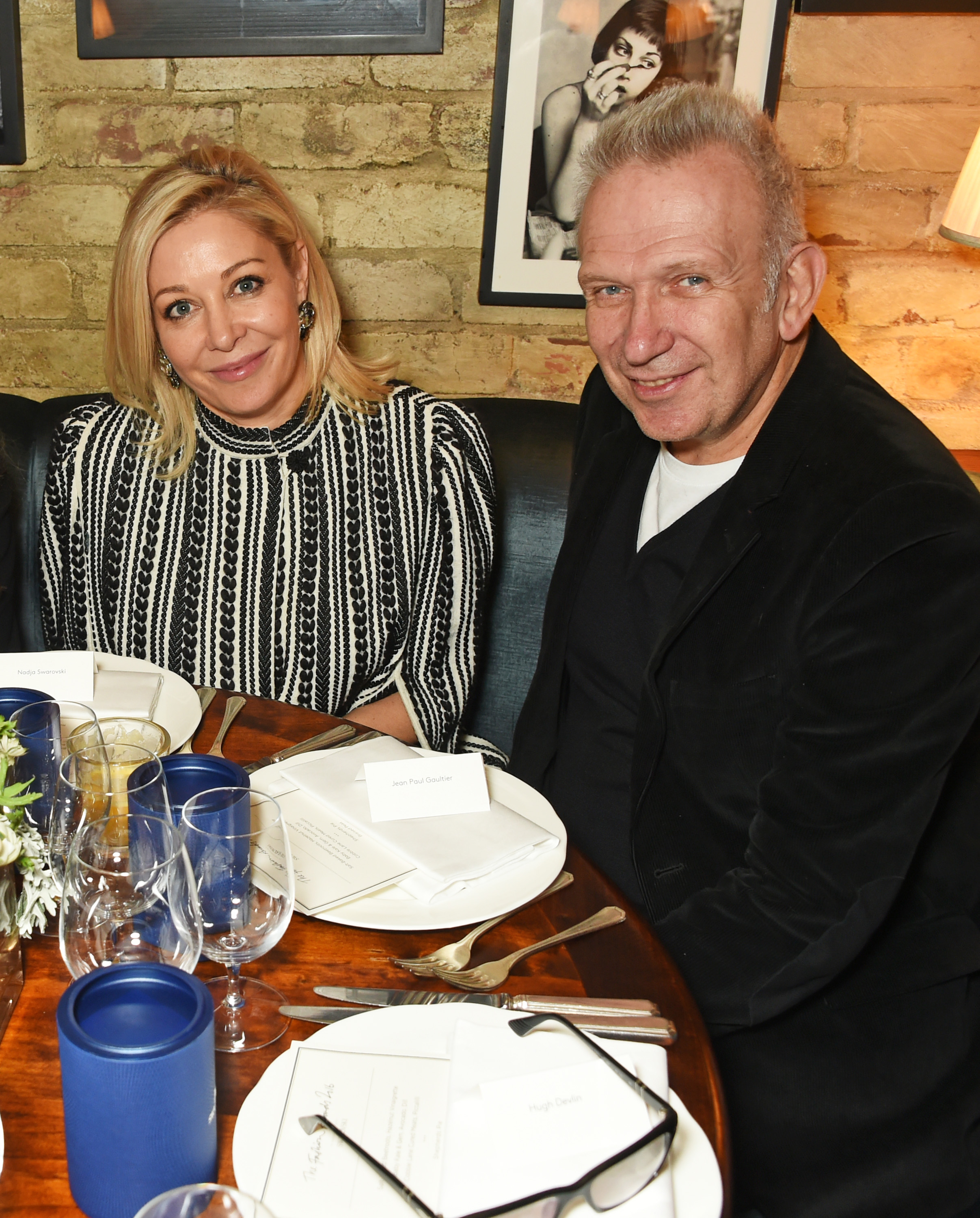