In the wake of restructurings during this season's Berlin Fashion Week, the tradeshows relocate and further boost their specialized profiles. 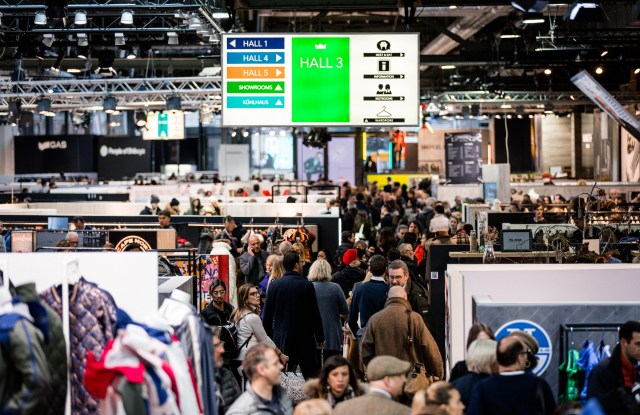 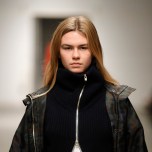 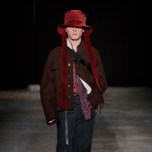 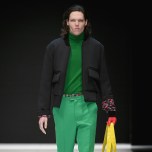 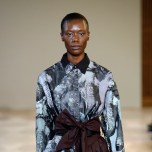 BERLIN — The hurricane-force storm that swept through Germany on Thursday may be symbolic for Berlin’s fashion scene as both Mercedes-Benz Fashion Week and the trade shows underwent significant restructurings this season.

The fairs traditionally attract buyers mainly from the Germany, Austria and Switzerland — D-A-CH — regions who want to get a first overview of the season as part of their order process, and international exhibitors who target the D-A-CH markets, although organizers reported an increase in international visitors.

Premium Exhibition continued to boost their #Fashiontech platform and additionally implemented more experience and community concepts across their four fairs, among others an influencer program for exhibitors at Premium and Show&Order, and a trade union in order to boost order processes at Seek and Bright. Greenshowroom and Ethical Fashion Show introduced Fashionsustain, a conference format to address future challenges in the fashion industry.

“The move of Show&Order to the grounds of Premium as well as our new point-of-experience approach were very well received. We had more visitors than last season, and many of the exhibitors reported new buyers. The visitor numbers from [South] Korea and Japan remained stable, the Italians who were absent throughout the past seasons came back, and we had a lot of new visitors from Eastern Europe, so the audience became more international,” said Premium Group’s cofounder and managing partner Anita Tillmann, adding that “the brands also noted that visitors took more time to look at the collections than in previous seasons.”

“We returned to Premium this season after showing at our headquarters in summer, and we are happy to exhibit here. The direction of Liebeskind Berlin shifted with our new creative director Morgan Diguerher, and this is a great platform to present it to a broader audience for the first time. We welcomed our core clients and new buyers, but we also surprised department stores that stocked us a few seasons ago and became interested again when they saw our new outlook. The beauty of an open concept like a fair is the possibility to discover unexpected things and make spontaneous decisions based on those new discoveries,” said Brigitte Danielmeyer, chief executive officer of German brand Liebeskind Berlin, who had a two-story showcase at Premium.

Diguerher added: “Berlin will be the keyword for our design strategy because it reflects a unique freedom and authenticity. People who come to the city are looking to be themselves, and that’s what we want to translate into our design — we want to make the right product at the right time.”

Miia Toivola, international growth manager for European online-shop DefShop, reiterated the potential for discoveries on the first day of Premium: “The fairs in Berlin are definitely important for us. I’m visiting Premium, Seek and Bright with a team of 10 international colleagues to scout new brands for our buyers and do research on what the market offers in order to help shape the base for our growth strategy.”

Madeleine Grude of Simone boutique in the Norwegian town of Bryne also considers the January fairs a research and contact platform in the order process: “We come to Premium and Show&Order to look for new inspirations every season. We discovered new brands for accessories and shoes that we might order and met with a brand that we spotted in London, so it was a good fair for us. In terms of trends, the next season will see more maximalism, more colors and prints, and a revival of the Seventies and Eighties.”

But the market challenges in the digital age remained one of the main issues among retail veterans. “The Berlin fairs are important because we meet our partners and discuss the current challenges of the market. As a retailer, we need to be much more proactive and provide impeccable service. Today’s customer also expects a more conceptual lifestyle approach, so we will open a new shop in Hamburg’s city center this year. The store aims at addressing these new demands and will also be kind of a flagship concept store and meeting point for our online-shop myclassico.com,” said Lennart Heldmann, a buyer at Classico, a Hamburg retail company that operates eleven shops and an online platform.

Ambros Strolz, who runs several boutiques in the Austrian ski resort Lech, echoes the experience of increasing demands of customers: “Today’s customers expect an all-around care package that retailers have to cater to. It’s not only about the product proposal that has to include fashion, design and lifestyle objects, but also about the service. We introduced more amenities during the past seasons, ski services and cafés in our shops, for example. It’s a big investment, but it really paid out.”

At Greenshowroom and Ethical Fashion Fair, the fair’s cofounder and creative director Magdalena Schaffrin noted further progress among sustainable brands. “As consumers continuously become more aware about ecological and ethical matters, the eco-brands become more fashionable. The number of exhibitors remained stable compared to last season, but the quality of the fashion is significantly better. Uma from Brazil presented a sophisticated minimalist collection and Re;code, a first-time exhibitor from [South] Korea, does great avant-garde designs. There are a lot technical developments and material innovations. Outdoor brand Vaude introduced new organic synthetics and Nat-2 presented materials as various as corn and stone for their sneakers. As ath-leisure still goes strong, the brands experiment a lot with materials and surfaces, but the silhouettes become more minimalist,” she said.

Greenshowroom and Ethical Fashion Show, as well as Premium, Seek and Bright were among the fairs visited by Japanese distribution company Sanei. “We’ve been successful in Japan with European brands like Norwegian Rain. It was the first time in Berlin for us and we discovered many brands that we didn’t know. There are a lot similarities between Germany and Japan, for instance the industrial, raw looks, but Germany is definitely much more progressive when it comes to sustainability and upcycling, which is very interesting,” said a buyer at Sanei, at the Fashion Council Germany’s Fashion Hab platform before Damir Doma’s show.

At Seek, buyer Michaela Rendulova from Prague-based online retailer Vemzu was positively surprised by her first visit. “We love the fair. The vibe is amazing and the brand environment is really good. We saw a lot of things and particularly liked the revival of Nineties sportswear at brands like Fila. We will also visit Premium, Show&Order and Panorama. It’s relevant to build relationships, personal contact is one of the most important things in this business,” she said.

Ashley Marc Hovelle, who has been exhibiting at Seek since it first launched, also noted the tendency for Nineties fashion: “Nineties is still going strong in sportswear, party jackets are coming back and there’s more tech development. My brand became known for prints, but I’m moving more toward minimalism, textures and knitwear made in Germany,” he stated. Founded in London in 2010, Hovelle moved his brand to Berlin two years ago. “There’s more space and it’s less expensive. I wasn’t the only one to relocate and I know more brands who are thinking about moving here,” he said.