By Marc Karimzadeh and Arthur Friedman and Cynthia Martens on December 12, 2012
View Slideshow 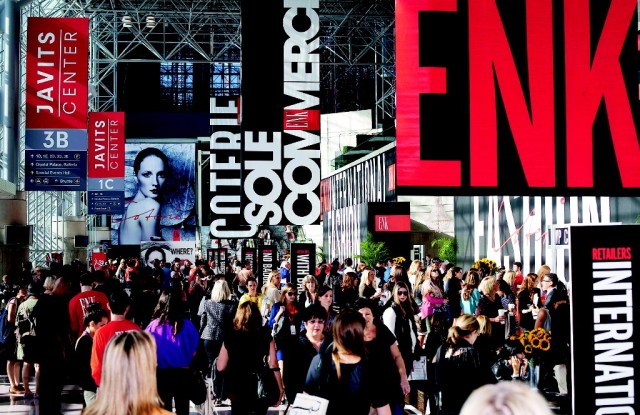 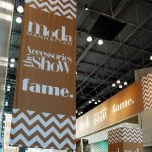 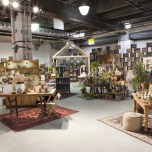 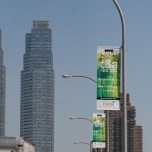 NEW YORK — Although organizers of Manhattan trade shows are largely pleased that they will end 2012 with some growth, they have no illusions that business is returning to pre-financial meltdown levels anytime soon.

Far from it. Most noted the economy’s ongoing volatility, and so, in order to minimize the impact of any unexpected challenges, they will be pulling out all the stops to energize vendors and retailers in 2013.

“People are feeling pretty confident about the new realities of their core business,” said Britton Jones, president and chief executive officer of Business Journals Inc., which produces FAME, Moda, AccessoriesTheShow and MRketNY. “They aren’t necessarily still hoping for 2007. I think they’re pretty satisfied if they can get gains over their current levels of business and I think there is a reasonable outlook for that.”

“On the amenities side, we will introduce a candy bar, which could offer something new and different just to make the experience that much more inviting for our attendees,” said Sharon Enright, vice president of the trade show division. “It’s a combination of different vintage candy, which is trending today.”

Jones added that it’s more important than ever to help facilitate buyers’ time at the show.

“Buyers are so time-starved today,” he said. “Look books, Web profiles, mobile apps and newsletters are all part and parcel of facilitating the discovery process and making it easier for retailers to understand what’s on the floor and who has the product they need. It makes us more efficient and productive for them as they come to our stores.”

ENK International, which stages shows such as Accessories Circuit and Intermezzo Collections, Fashion Coterie and Sole Commerce, will launch “Shop the Floor,” a digital component on-site for retailers to utilize prior to and at the show.

“There are also several innovative ideas on the horizon that are being incorporated in the shows: interactive lounges, live styling booths, knowledge centers and more,” said ENK president Tom Nastos.

Coterie, meanwhile, is being expanded to Pier 92 and Pier 94 in conjunction with the Jacob K. Javits Convention Center next year.

“Each locale will be merchandised into their respective categories — such as bridge, contemporary, footwear — to facilitate an easier shopping experience,” Nastos said.

White, the niche Italian trade fair specializing in men’s and women’s wear, accessories and cosmetics, will be staged during New York Fashion Week, from Feb. 10 to 12 at the Tunnel venue, organized in collaboration with ENK.

“New York represents the opening of new distribution channels in a market that is making a decisive economic comeback,” said White president Massimiliano Bizzi, noting that the presence of numerous Japanese, Chinese, South Korean and South American buyers at New York Fashion Week also opens the trade fair to increased business from those countries. “It is, therefore, a strategic position that will allow exhibitors to focus on a buying power that far exceeds the available budgets next door.”

International participation is also a key driver of growth at Designers & Agents. “We had a major increase in the quality and level of brands exhibiting with us, with one-third from Europe, from 25 percent before,” said Ed Mandelbaum, who produces the Designers & Agents show with Barbara Kramer.

Mandelbaum noted that the recently launched D&A Man has also seen much growth. “[It] enters its second season with an expansion into a larger venue,” he said. “Fueled by positive feedback and successful results for participating brands, D&A Man will be moving its site to Center548 for scalability and the potential to bring innovative ideas to life.”

Edina Sultanik, a co-owner of Capsule with Deirdre Maloney and Minya Quirk, cited the show’s growing variety of offerings as a key ingredient that attracts vendors and buyers.

“We feature vintage goods from some of the world’s best dealers — Hellers Café, Tart and Brooklyn Salvage — which are available on a ‘cash-and-carry’ basis, as well as wholesale,” she said. “We’re planning to expand our cash-and-carry to include a record shop, a bookstore and locally made products to help retailers diversify their offerings and create unique environments in their shops. We’ve also partnered with Best Made — the product design company — as well as the contemporary design store Matter to help offer unique products to our retailers.”

“Retail buyers and their clients are looking to be intrigued and delighted, in a world where mass consumerism is increasingly frowned upon,” she said. “New textural, colorful and often playful offerings in accessories and item clothing, small indulgences like Italian-made synthetic rubber handbags and beautifully sculpted paper jewelry from Spain, both edgy and thoughtful, counterbalance our fast-paced, electronically dominated lives, reminding us of the creative mind of the designer and the hands that make the goods.”

Other shows in New York during the first half of next year include Nouveau Collective at a venue on West 37th Street between 10th and 11th Avenues; denim contemporary show Project, from at Pier 92, and  lingerie, men’s underwear and swimwear show CURVExpo at Javits Center North.

The year kicks off with what’s informally know as New York Textile Week, with groups of fabric and sourcing events Jan. 14 to 16, for the spring 2014 season. Texworld USA and the companion Apparel Sourcing Show, both produced by Messe Frankfurt USA, are staged at the Javits Center. They will feature an extensive seminar series that’s free for all exhibitors and attendees, and an expanded Lenzing Innovation Pavilion with 30-plus companies, including a strong contingent from the U.S., featuring materials made with man-made cellulose fibers including Tencel, Lenzing modal and Lenzing viscose.

Première Vision Preview will be held at the Metropolitan Pavilion & Altman Building on West 18th Street on Jan. 15 and 16, with more than 100 international exhibitors unveiling their latest collections, along with Indigo New York, featuring 125 international textile design studios. Also taking place those same days is Kingpins New York, the denim-centric show with a focus on sustainability, at Center 548 on West 22nd Street.