The upcoming Licensing Expo 2014 not only promises to be a melting pot for innovative new ideas but also one big celeb-filled party. 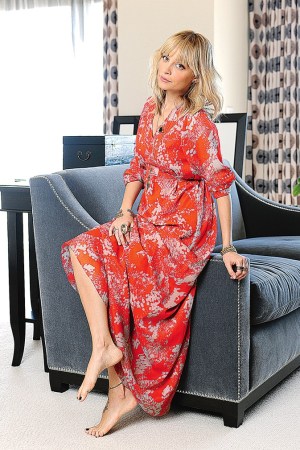 Licensing Expo 2014 is scheduled from June 17 to 19 at the Mandalay Bay Convention Center in Las Vegas.

The world’s largest character, entertainment and art licensing event will be headlined by entertainment and media executive Jeffrey Katzenberg, chief executive officer and cofounder of DreamWorks Animation, who will deliver the opening presentation and prep the audience for the Big Interview keynote speaker: actress and fashion entrepreneur Nicole Richie. Last year, Gwyneth Paltrow did the keynote address.

More than 5,000 brands will be seeking licensing partners and product collaborations at the fair, which is staged by Advanstar Licensing, organizers of Licensing Expo, and The International Licensing Industry Merchandisers’ Association. So far, preregistration of retailers is up 25 percent, said Chris DeMoulin, president of licensing at Advanstar.

Also lending star power to the trade event will be guest entertainer Kellie Pickler, who will perform at the opening night party cohosted by the Country Music Association.

Sizing up the impact of the show, DeMoulin said, “The show continues to grow with half on the character entertainment side and app developers on the other. Technology keeps finding new ways to develop entertainment like Angry Birds, and people keep coming up with new ideas. Fashion and sports brands have come to understand this is a show for them, too.”

China will play a powerful role in the show’s exhibitor and visitor arena with a Chinese Intellectual Properties Pavilion, which will feature about 20 Chinese companies, while a delegation of 100 retailers and manufacturers from China will be shopping the show for products and brands “to bring back to China,” said DeMoulin.

“Because of the explosive growth of the middle class in China, they will be looking for non-Chinese partners, brands and properties they think can have success in China,” explained DeMoulin.

Meanwhile, Richie, who is founder and creative director of the House of Harlow 1960, and whose other fashion achievements include the Nicole Richie Collection for QVC and an Impulse Collection for Macy’s, said she will talk about branding and her fashion philosophy.

“I am really excited to talk about my brand and to give people a peek into what House of Harlow 1960 is all about,” said Richie. “I am hugely inspired by the Sixties and Seventies. Fashion was all about self expression, not just big labels and brands. I’m going to talk about how clothes make you feel and how you can use fashion to express yourself. It’s more than just wearing something because it looks cute or is on-trend. I encourage my customers to not go on-trend. It should really be there are no rules.”

Richie will exhibit House of Harlow 1960 alongside brands such as Juicy Couture, ále by Alessandra, William Rast, Von Dutch, Crocs, Kathy Ireland Worldwide and many others in the new Fashion & Lifestyle zone at the fair.

Outside of fashion, Richie is asked about her other passions: “First and foremost my family, and our edible garden.

In July, Richie will bring her unfiltered sense of humor to a new VH1 reality series based on her entertaining tweets called “#CandidlyNicole.” Produced by Telepictures and World of Wonder and based on the successful AOL online series of the same name, eight half-hour episodes are set to premiere on July 17.

Which topics will Richie discuss or not discuss in her tweets — wardrobe malfunctions, politics, sex scandals?

“Nothing will be taboo, because I can find humor in just about anything,” she said.