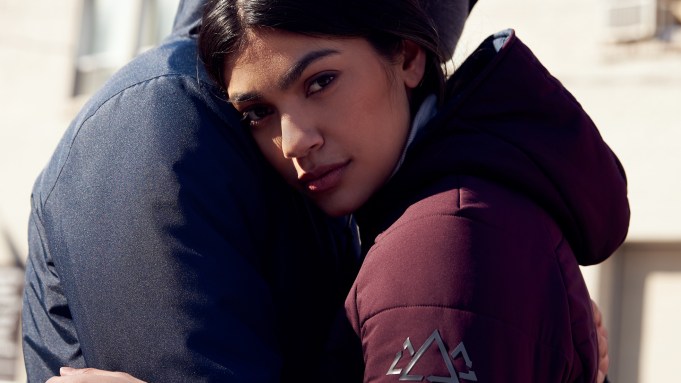 TORONTO — Imagine if every strand of yarn used in a coat’s lining, insulation and shell fabric had a serial number embedded onto it that allowed consumers to trace their technical origins with 100 percent transparency.

Incredible though it may sound, innovations like this are helping Canadian outerwear company Norden Project grow its brand of jackets made entirely from repurposed plastic waste.

Equally noteworthy is Norden’s price, with its outerwear retailing from $299 to $485. That’s up to $300 less than the brand’s upscale competition.

“We want our end consumer to make better choices without compromise. If they have to do that, they’ll walk away,” Vafi said.

“That is why everything we create for this technical outerwear brand is free of fur, leather, feathers and all other animal product. We are PETA-certified, ethical and traceable. We’re also the first to build a ‘purpose-driven’ product using recycled plastic bottles,” he explained. “But we chose not to use any material or processes that could do more harm to the planet. That mind-set is embedded into everything we do.”

That includes the fall debut of Norden Project’s puffer jacket for men (the Rikkard) and women (the Mia), which will launch on the company’s web site as well as at Hudson’s Bay and La Maison Simons on Sept. 15.

“We figured out a way to use shredded polyester in the insulation, which emulates the workability of down,” Vafi revealed exclusively to WWD. “This is a synthetic made from recycled plastic. It’s never been seen in the apparel market until now.”

Norden is also introducing a soft, breathable fabrication for its fall 2020 parka collection made from the Tactel fiber. “Back in the Eighties, this was used for NFL sportswear. We’re now using a new fabrication made from recycled plastic, which is another first in outerwear,” said Vafi.

Product expansion, too, is set for 2020, including footwear, totes, fanny packs and bags made from recycled materials, plus the spring debut of a seam-sealed raincoat with a fully technical waterproof shell which Simons and HBC will carry.

Norden is even experimenting with derivatives of pineapple and banana, whose waste can be converted to act as a substitute for materials that harm the environment.

The Montreal-based clothing line was launched in fall 2018 as a strategic extension of Better Narrative Inc., a sustainable solutions design house and consulting company which Vafi cofounded in 2017 with Michael Eliesen, president and chief executive officer of NTD Apparel, a Canadian leader in the licensed and branded garments industry.

At the time, the two men were both looking for ways to incorporate greater purpose into their lives. That yearning, said Vafi, surprised many people.

“I had career success. A home and wife. A young son and my parents were healthy. To anyone looking in, I had already won the lottery. But I wasn’t happy,” said the former creative and sales director for Pajar Canada Outerwear in Montreal.

Founded in 1963 as a footwear company, Pajar enlisted the Iranian-born Vafi in 2012 to create its technical outerwear line. Within six years of its launch it was carried in 22 countries and in stores like Harvey Nichols.

Yet the vegan designer struggled knowing that he was benefiting financially from the exploitation of animals, whose fur and down were used in outerwear.

“I couldn’t let that continue,” said Vafi, who embraced his new mission to create apparel using repurposed plastic as its raw material.

After much trial and error, Vafi found two manufacturers for his materials in January 2018, including North Carolina’s Unifi, which uses its trademark Repreve fiber made from recycled plastic bottles that is converted into yarn at their certified mill for Norden’s outerwear. Polartec in Massachusetts also used Repreve fiber to manufacture the recycled polyester insulation for the brand’s outerwear.

Together they created four fabrics: an Oxford, Bonded, 2-Way Mechanical and Cire. Their performance was also tested from 15 degrees Celsius to minus 40.

Yet despite such progress, by March 2018 Vafi became uneasy.

“In 2016 and 2017, the world’s plastic problem barely made news. But by 2018, the U.K. moved to ban plastics. Adidas launched a shoe made from ocean plastic. The media was covering it all and public awareness was growing. We had to move fast,” said Vafi, who chose to forgo samples to get Norden’s prototypes ready by June 2018.

After producing 2,000 coats, Vafi met five key retailers on Sept. 24, 2018. “They all bought our jackets. That’s when I knew we were onto something.

“Consumers were asking for apparel that had no down or animal products. Suddenly there we were to meet this need — and at a good price.”

Also appealing was Norden Project’s “End of Life” buy-back program, which invites shoppers to bring in a coat from a competitor and receive a $100 discount on a Norden jacket. Once cleaned, these items are sent to NGOs and nonprofits to aid the underprivileged.

“There are many immigrant families that can’t afford a $900 winter coat. But we’re making a difference,” said Vafi, whose fall/winter distribution for 2019 will include Simons, Hudson’s Bay Company, Sports Experts, Atmosphere, key retailers in Japan, Browns Fashions in London, and online at 24s.com and modehaus-schnitzler.de.

“Our vision was to build a company that was kind to people and the planet. We figured out how to put all that into an apparel company.”