Organizers are facing economic realities with fresh concepts such as increasing the number to international exhibitors and adding social media and Web programs. 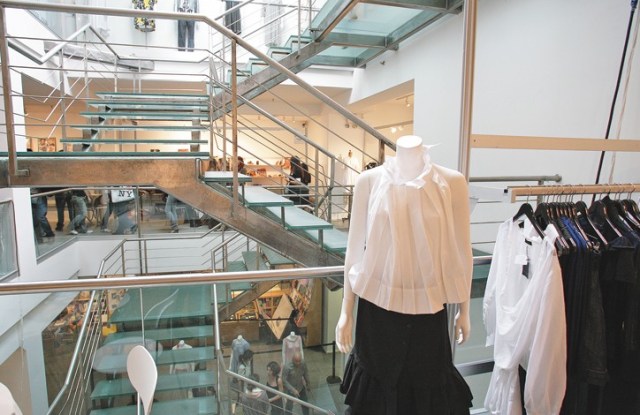 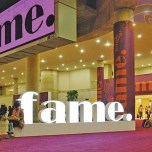 NEW YORK — Retailers could be bracing for tougher times in the second half of the year, but that doesn’t mean there is no business to be had.

That’s the common refrain among producers of major New York trade fairs, who said that while the economy has shown some signs of improvement in recent months, there is still plenty of uncertainty, from the lackluster job and housing markets to the high price of gas. They know they will have to be more innovative to help drive business, and as a result, they are pulling out all the stops this fall, from redoing the layout of the show floor to stepping up the number to international exhibitors for a more diverse offering and incorporating social media and Web programs to heighten the show experience.

“If you listen to news every day, things are changing,” said Elyse Kroll, chairman of ENK International, which produces such shows as Intermezzo Collections, Fashion Coterie, Accessorie Circuit and Sole Commerce. “I think we have to watch what goes on right now. Everybody has to watch what happens with pricing and how to control it. People are worried about the pricing, about labor, about where to produce, but yet, we have to move forward. I don’t think anybody’s talking recession again. I think we have to be mindful of what is going on.”

“It will be a cautious economy with careful buying,” said Ed Mandelbaum, who produces the Designers & Agents show with Barbara Kramer. “This is based on the mood of the world and the country. Consumer confidence is not so great, there is the housing news, and a back and forth [of economic signals] that I think will stay for a while.”

For the first time, D&A’s September show will kick off on a Friday and run through Sunday, rather than the usual Sunday through Tuesday schedule.

“We listened to the retailers because they said they wanted more time to spend at our show and then get to the other shows,” Mandelbaum said of the Sept. 16 to 18 edition at the Starrett-Lehigh Building and the Chelsea Art Museum.

Britton Jones, president and chief executive officer of Business Journals Inc., which produces Fame, Moda and AccessoriesTheShow, based his upbeat outlook on the strength of shows in the first two quarters.

“Recognizing that the recovery that looked so robust at the beginning of the year has hit a bump in the road in the middle of the year, our show business has been very solid,” Jones said. “We were forecasting about 11 percent growth overall in our trade show business, and thankfully, we have exceeded that in the first half of the year. We think that, barring world calamities, we are on track to continue that for the second half of the year.”

Business Journals produces the Fame, Moda and AccessoriesTheShow exhibits in August and September. Sharon Enright, vice president of the trade show division, said that the August shows will take place on the third level of the Jacob K. Javits Convention Center and feature a new layout, as well as a the launch of a sustainable design concept for the registration area developed by Molo.

The company is also starting to communicate with buyers before the show.

“There is a lot of talk about the digital age and if you don’t take that seriously, you will be missing out,” Enright said. “We have, over the last year, been in heavy development with new Web sites, and now we are entering a phase of plans for a design forum to really build an online community. We get to communicate with the retail community in a very different, more effective, more real-time way. We really want to start delving into the roster of resources in a more dynamic, look book kind of way so that retailers can get a sense of what is on the floor and start discovering before they even get there.”

Others are also enhancing the technological opportunities at the shows, ENK among them.

“We have an app that we debuted at our show in February,” Kroll said. “It was in its infant stages then. Now, when you download the app, it takes you to any booth you want and hooks you up with that [vendor’s] web site.”

“If they want to preview the show, they can go on the Web site and see look books, and preview the entire show,” Feinstein said. “During the show, there will be all sorts of incentives and programs with every line, like a percentage off for certain lines or free shipping. It’s bringing the social media into trade show venue but in a very effective way.”

Nouveau Collective is also hitting the road. Starting this fall, Feinstein is launching capsule editions of the show in Atlantic City and Boston because “with gas prices, we need to bring the product to certain areas to increase the business.

“As the economy gets better, we have to revisit things in a way that they are more effective,” Feinstein said. “We need to change the business model in order for it to work.”

Susan Summa, the show director of Atelier Designers, which takes place at the Doubletree Guest Suites Times Square Sept. 17 to 19, said new incentives are designed to help buyers. Atelier is “actively adding more contemporary European lines,” she said, because that “is a direction our customers are asking for.

After September 2008, some of them pulled back with the European buying because of the price differential but I think the pendulum is swinging the other way now.”

Summa noted that 20 to 25 percent of vendors will be new to Atelier.

The innerwear show CurveNY, meanwhile, is putting a renewed focus on swimwear for its August edition, in addition to its 160 lingerie brands.

“The swimwear industry has needed a home in New York during the busy New York market week, when all of the major buyers shop,” said Laurence Teinturier, executive vice president. “Over 64 top designer swimwear brands will present their important spring-summer 2012 collections, with many of them making their debut at CurveNY.”

There will also be several swim-focused events during the show, including a swim trends seminar by Carlin International for retailers and creative teams, a swimwear sales seminar “Swimwear: The Must-Have Category for Sales Growth in Your Store” for retailers, and an Aug. 1 Hudson Terrace roof party dedicated to CURVExpo and the CFDA’s Fashion Targets Breast Cancer.

This season will see the absence of two shows: The Train and The Box. Paris-based WSN Développement, a unit of Comexposium, acquired 100 percent of parent Sodes in May, and decided to shutter the two New York editions.

A round of textile and sourcing fairs are also on tap for July. Leading off is Première Vision Preview New York, featuring high-end fabric and trimmings exhibitors July 13 and 14 at the Altman Building and Metropolitan Pavilion on West 18th Street. This is followed the next week by the co-located Texworld USA and International Apparel Sourcing Show at the Javits Center July 19 to 21, along with Spin Expo’s three-day-run starting July 18 at the Altman Building and Metropolitan Pavilion, and denim-specialist Kingpins at Skyline Studios on West 36th Street July 19 and 20.