Organizers have brought in designers from around the world and are anticipating a rise in foreign buyer attendance. 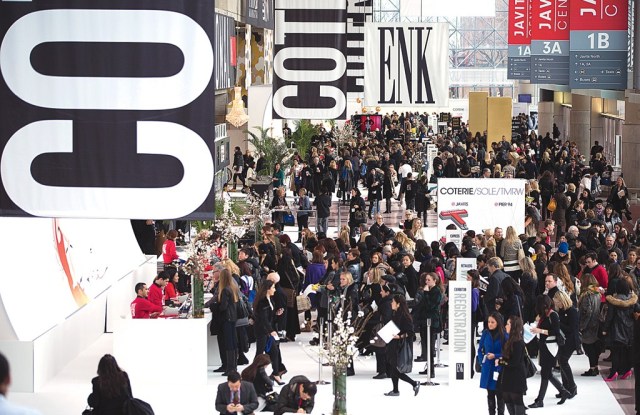 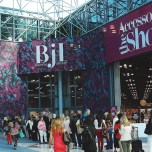 Organizers of New York trade exhibitions are infusing an international flavor this fall with more designers from around the world and an anticipated rise in foreign buyer attendance. These global business opportunities from abroad contribute to a more upbeat forecast for the second half, largely based on a rise in consumer confidence, an improving housing market and steadier job growth than in recent years in the U.S.

“This year, the first half of the year has been on par with the first half of last year, and we are looking for growth in the second half of the year,” said Britton Jones, president and chief executive officer of Business Journals Inc.’s BJI Fashion Group, which produces Fame, Moda, AccessoriesTheShow and MRketNY. “The general economic recovery is sustained and there is a lot of pent-up demand, particularly in the fashion markets. Retailers will realize that surge this spring-summer as people are continuing to buy closer to market. We think the second half this year will be very strong.”

The January and February New York editions of AccessoriesTheShow, Moda Manhattan and Fame registered a 12 percent increase in international retailer attendance, and Jones expects the trend to continue. MRket’s Vanguard’s Gallery of emerging men’s brands is also growing with a 140 percent rise in participating brands.

Newness will provide a key ingredient across all Business Journals shows, and so, the company has been overhauling much of its communication to retailers to serve the point.

“We are revamping our newsletters to include features like ‘Brand Buzz’ to give insights into the culture and philosophy of the designers, as well as perhaps what charities they do, what inspires them and product launches,” Jones said.

The company is also stepping up its work with bloggers, bringing blog lounges to the shows, as well Social Circle lounges “to provide information for all of our social media platforms,” said Sharon Enright, vice president of BJI Fashion Group.

Tom Nastos, president of ENK International, which stages shows such as Accessories Circuit, Intermezzo Collections, Fashion Coterie and Children’s Club, said: “I see economic recovery and some moderate growth, so consumers are feeling better. That will result in better performance for retailers. There is a significant uptick in business and I am anticipating the second half of the year to be very good.”

Among the happenings at ENK is a new program at Accessories Circuit in August that highlights emerging designers. It will be comparable in nature to Coterie’s TMRW area and serve as “a catalyst to supply something new to the industry.”

As for Coterie itself, the show, scheduled from Sept. 17 to 19, will be housed under one roof at the Jacob K. Javits Convention Center. Past editions were split between Javits and Pier 94. ENK plans to take the Galleria space at Javits and devote it to “innovative, creative brands that have a limited distribution,” Nastos said.

International vendors and retail attendees will also be a key point of interest. “Coterie is an international event and we get retailers from around the world to participate,” Nastos said. “We will also have more brands coming from Japan, the U.K., Italy and Australia. That…adds to the upscale international flavor of Coterie.”

Meanwhile, Designers & Agents will stage its spring 2014 edition at the Starrett-Lehigh Building and Center 548 on Sept. 16 to 18.

“The outlook is positive based on indicators from our shows during the first half of the year,” said Ed Mandelbaum, who produces D&A with Barbara Kramer. “In addition, feedback from our retail audience has been positive, as well. We have also seen an increase in European exhibitors, many of whom had not previously shown in the U.S., a trend that will continue for us.”

Mandelbaum added that the talent ranges from all over the world, including domestic designers and from Europe and Japan. “In addition, D&A remains committed to its long-standing and continued support of fashion brands which employ sustainable and fair trade practices,” he added.

Other shows this second half include Atelier Designers, slated for Sept. 16 to 18 at the Doubletree Guest Suites in Times Square; Nouveau Collective, Aug. 4 to 6 and Sept. 22 to 24 at a space at 508 West 37th Street, and CurveNY, set for Aug. 4 to 6 at the Javits Center North.

Capsule is staging a men’s wear show July 22 and 23 and a women’s show Sept. 15 to 17 at Basketball City on South Street.

“Business is looking up for our sector of the market,” said Edina Sultanik, a co-owner of Capsule with Deirdre Maloney and Minya Quirk. “In our segment of the marketplace, there’s an emergence of innovative boutique retailers who are presenting the progressive consumer with more experiential shopping opportunities, and a more compelling, curated selection of products that are driving sales.”

Among Capsule’s key features of the September show are The Donut Shop and Cash & Carry areas.

“The Cash & Carry concept features a curated selection of objects, decorative items, lifestyle products, vinyl and vintage American sportswear presented by collectors, local craftsmen and small retailers,” Sultanik said. “The Donut Shop — named for the its original location in a circular space — is a gathering of things we love, available to purchase and inspire, because ceramics, art objects, plants, incense, art books, handmade stationery, amazing vintage finds and other timely goods help bring the brands at Capsule to life.”

As for the mood, she said, “We are seeing a lot of optimism on the part of designers, sales reps and retailers for this second half. Business is improving, and everyone is approaching the season with caution, but with an eye on growth.”

A full lineup of textile and sourcing shows is on tap for July, offering an array of U.S. and international fabric suppliers and sourcing specialists.

Five shows get under way on July 16. The largest of the group are the twin apparel fabric exhibitions, Texworld USA and International Apparel Sourcing Show, which set up shop together with the Home Textiles Sourcing Expo at the Javits Center for three days through July 18. The Messe Frankfurt USA-produced shows feature an extensive seminar series run in conjunction with Lenzing Fibers that will examine a range of issues, from global sourcing to fiber innovation.

Also running July 16 to 18 is Spin Expo at the Metropolitan Pavilion, focusing on fibers and yarns for knitting and weaving apparel, laces, labels and technical textiles. It also covers creative machinery for knitwear and circular knits. Denim-focused Kingpins New York takes the stage at Center 548 on West 22nd Street on July 16 and 17 with an edited selection of vendors that include denim and sportswear fabric mills from across the globe, as well as wash houses, full package manufacturers and trim providers.

The following week, on July 22 and 23, the Première Vision Preview New York and Indigo exhibitions take over the Metropolitan Pavilion. PV Preview features some of the top European fabric houses and trimming suppliers, while Indigo hosts a diverse group of print design firms.