Despite persistent economic challenges, trade show organizers forecast steady attendance for the second half of 2014. 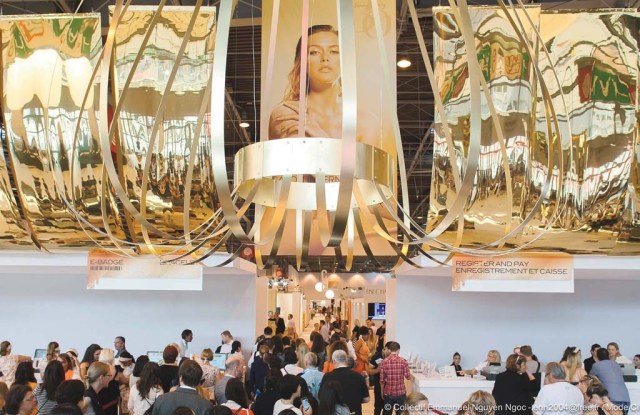 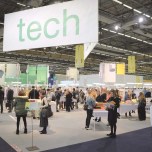 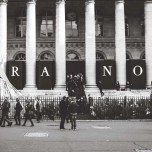 PARIS — Despite persistent economic challenges, trade show organizers in Paris forecast steady attendance for the second half of 2014 as they look to upgrade their presentations to attract buyers.

Many shows under the Paris Capitale de la Création umbrella, the collective that groups many of the French capital’s leading trade shows and events in fashion, accessories and design, are fine-tuning their strategies to attract visitors.

Initiatives include upping the fashion ante for Première Vision Pluriel, returning to September for Bijorhca Paris to better adjust to the accessories retailers’ buying schedule, and focusing on other countries at Who’s Next and Mode City, which will spotlight Turkey and the U.S., respectively.

The shows are to take place amid a lackluster retail climate in France.

“For the seventh consecutive year in 2014, clothing sales in France are in decline, mostly caused by the drop in purchasing power, which impacts apparel spending, and contrary weather conditions,” said François-Marie Grau, general secretary of the French Women’s Ready-to-Wear Federation.

The French Fashion Institute, or IFM, is forecasting a decline of about 1 to 2 percent in clothing sales for 2014 after a 1.6 percent drop in 2013. The luxury end of the market is holding up, though, according to Grau.

“The luxury clientele is mostly made up of foreigners, therefore the luxury market generally follows the exports numbers,” he said.

A return to growth in Germany, the U.K. and the U.S. is boosting exports to these countries. However, he noted that the tensions in Ukraine are weighing on global growth. Growth in Russia is expected to slow, led by an outflow of capital, and exports to Japan are weighed down by the weak yen.

Philippe Pasquet, chief executive officer of the major textile fair Première Vision, which runs Sept. 16 to 18, is “rather optimistic,” forecasting a rise in visitor numbers versus last year.

“The global environment is getting in the upswing, driven by growth in the American market,” said Pasquet, adding that the number of American buyers attending in September 2013 was up 16 percent year-on-year.

He is prepared for a drop in buyers from Russia due to the crisis in Ukraine, and from Japan because of the government’s monetary policy there.

This season will mark the first edition with all six shows fully integrated since the acquisition of the Cuir à Paris leather and fur trade show earlier this year. Other notable changes include the move by Zoom by Fatex to Hall 6 from Hall 2.

Première Vision, which awarded the Grand Jury Prize of the Hyères International Festival of Fashion and Photography to Japanese designer Kenta Matsushige, will showcase his work in Paris as well as at the Première Vision Preview show in New York, set for July 22 and 23.

The PV awards ceremony, singling out four weavers, is due to be held on Sept. 18. Organizers have yet to name the jury president who will succeed Berluti’s creative director Alessandro Sartori, who did the honors last year.

Accessories trade show Bijorhca Paris has been rescheduled to Sept. 5 to 8 two years after a calendar switch. Bijorhca and Who’s Next had been pushed forward to June in 2012 to coincide with the beginning of the international retailers’ buying schedules. However, the date change has been inconclusive, according to Bijorhca organizers.

“We were down to 10,000 in 2013 and 11,000 [visitors] in 2012, from around 14,000 in September 2011,” said Richard Martin, deputy director and artistic director of Bijorhca Paris. “Although we have seen an increase in the number of buyers from Germany, Russia and the Middle East, the date change had a major impact on French retailers because of the coincidence with the sales period in France. September works better with accessories retailers’ buying schedules, especially in the gold, jewelry and watches activity.”

Martin hopes the new dates will help drive attendance to the 15,000 mark.

Who’s Next runs July 4 to 7. Xavier Clergerie, co-general manager of Who’s Next, which includes Fame, Premiere Classe, Who’s Next Accessories, Who’s Next Ready-to-Wear, does not intend to move back to the September slot.

The show is to spotlight Turkey. Clergerie said, “We see a strong dynamism in the country, both in terms of retailers and designers.”

Among the 2,000 companies exhibiting at the show, about 50 Turkish labels have signed up, including Vakko, Özlem Süer and Maid in Love.

Lingerie fair Mode City, due to be held from July 5 to 7 at the Porte de Versailles, is focusing on the North American markets. U.S. labels such as L Space, Manhattan Beachwear and Swimwear Anywhere are to show for the first time at the fair.

Mode City attracted about 15,300 visitors last July, on par with 2012, including 70 percent of foreigners. Other brands exhibiting include La Nouvelle, a Marseille, France-based lingerie brand, and swimwear specialist Do Paris, with an upscale positioning. Do Paris manufactures in France and Italy using high-tech fabric that dries quickly or with UV protection.

“We see a strong interest in Made in France and Made in Italy,” said Taya de Reyniès, lingerie division director at Eurovet, Mode City’s organizer. “We see it as a differentiator for consumers.”

Among key trends for summer 2015, she cited graphic patterns, trapeze or triangular-shaped cuts, as well as embroideries and vintage fabrics. Mode City has named U.K. designer Melissa Odabash as swimwear designer of the year of Paris Capitale de la Création 2014.

Paris shows dedicated to men’s wear will take place during the men’s runway presentations. Among them, Capsule Paris Men’s, set for June 27 to 29 at the Cité de la Mode, and Tranoï Homme, which will run from June 29 to July 1. Capsule Paris Women’s will take place at Espace Tapis Rouge in the 10th arrondissement from Sept. 26 to 28.

A fourth edition of Tranoï Preview is due to be held from July 4 to 6. For the first time, it will be at the Palais de la Bourse, like Tranoï Homme.

Tranoï is innovating this year with the launch of Tranoï Showroom.

“The positioning is very upscale. We are presenting 25 to 30 luxury brands of ready-to-wear and accessories,” said a spokeswoman for Tranoï. “The concept is between the trade, providing exposure to designers as we attract the top stores, and the showroom, which is more intimate and open over a longer period.”