To ride out the storm, fairs are upping their fashion quotient in a bid to attract more value-added buyers and foreigners. 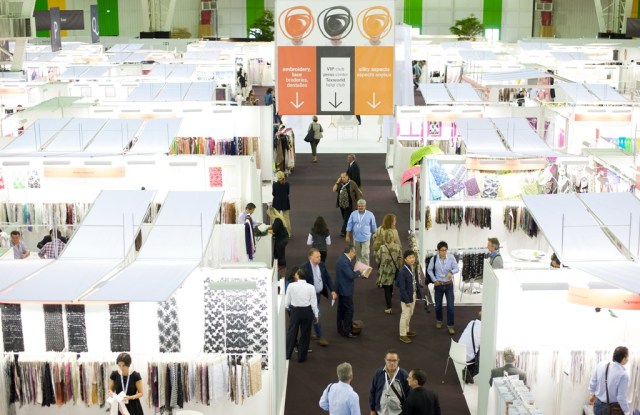 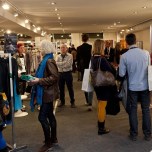 PARIS — Despite a depressed global economic context, trade shows organizers in Paris are forecasting that footfall for the first half of the year is going to be on par with last year, thanks to an uptick in visitors from emerging markets.

Many shows under the Paris Capitale de la Création umbrella, the collective that groups some of the French capital’s leading trade shows and events in fashion, accessories and design, are upping their fashion ante to generate interest. Initiatives range from the creation of a new event, Tranoï Preview, to the return of Maison d’Exceptions by Première Vision and a new logo for textile fair Interfilière.

Others like Salon International de la Lingerie hope better dates for their 2013 editions — Jan. 19 to 21 — will put them in good shape to attract Asian consumers. Unlike in 2012, the show doesn’t overlap with Chinese New Year, which falls on Feb. 10. The same holds true of Bijohrca, the international jewelry exhibition to be held from Jan. 18 to 21, and Maison & Objet, from Jan. 18 to 22.

The shows will take place amid a gloomy outlook for the French market. According to data from the French Fashion Institute, or IFM, sales of women’s ready-to-wear dropped 5.8 percent in the first seven months of the year and sales of men’s rtw were down 2.5 percent.

“Even the luxury end of the market is seeing a settling,” said François-Marie Grau, general secretary of the French Women’s Ready-to-Wear Federation.

In 2012 overall, Grau expects rtw sales to fall at least 2 to 3 percent. Exports are a sweet spot, however. French women’s apparel exports to the U.S., for instance, jumped 47.5 percent in the first six months of 2012, according to the IFM.

Messe Frankfurt France has scrapped the Ethical Fashion Show, which would have taken place in January.

“We noticed that there are not enough companies in France interested in the ethical fashion sector,” Scherpe said.

He added that Messe is looking to bring back the salon with a new format, geared to consumers this time, preferably in Paris in May.

Another change to the Paris scene comes from Who’s Next, slated for Jan. 19 to 22. The banner “Who’s Next Prêt-à-Porter Paris,” encompassing six areas, will become “Who’s Next Paris.”

“We dropped ‘Prêt-à-Porter’ to highlight that we have as many accessories brands as ready-to-wear brands,” a spokeswoman for the show explained.

The new kid in town, Tranoï Preview, will feature brands that produce both men’s and women’s collections. The event is to take place Jan. 19 to 21 at the Carrousel du Louvre, in tandem with Tranoï’s main men’s salon at the Bourse. Visitors will have access to both shows with a single pass.

Salon International de la Lingerie, which will take place at the Porte de Versailles, will celebrate its 50th edition with a 5,400-square-foot forum displaying a look back at a half-century of creation. In 2012, the show attracted 18,604 visitors, up 5.8 percent compared with 2011, and 565 exhibitors, 13 percent more than 2011. Séverine Marchesi, the show’s director, said about 450 exhibitors had signed up so far and that she expects roughly the same numbers as last year.

“We have editions of the show in Hong Kong and Shanghai. We wanted to regroup all of them under the same logo to [capitalize on the] Interfilière brand,” said Taya de Reyniès, lingerie division director at organizer Eurovet.

Première Vision, with a three-day session running Feb. 12 to 14 in the Paris Nord Villepinte fairground, expects to maintain its position as a key upscale fabric fair.

Première Vision Pluriel, the network of six shows under the same banner, had 55,185 visitors and 1,544 exhibitors in February.

“I have no crystal ball, but while the euro zone was already severely impacted in September, we saw no collapse in the number of our visitors, including visitors from affected markets like Spain and Italy,” said Pasquet.

Visitors from Japan, the U.S. and China were up 19 percent, 8 percent and 11 percent, respectively.

The show is bringing back its Maison d’Exceptions initiative, an enclosed area showcasing about 20 international companies boasting special manufacturing techniques.

“It’s a small area, but the initiative is highly symbolic of what we are capable of doing in terms of creativity and service for a value-added clientele,” said Pasquet.