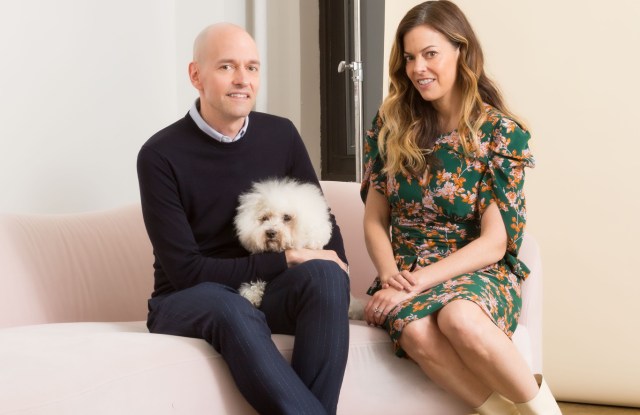 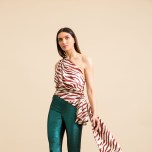 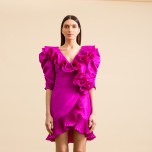 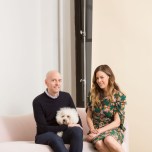 The cofounders and former designers of Parker are about to launch a new advanced contemporary brand called Gilner Farrar.

The designers cofounded  Parker in 2008 and built it into a go-to resource for dressy apparel. They sold the business to Kellwood Co. in 2014 and stayed three years. At the time, Parker was generating almost $40 million in volume. Parker is now owned by Sun Capital Partners. The designers had a one-year non-compete and began contemplating their next move.

“Derek and I have a good hand on construction and tailored clothing and want to apply that,” said Gilner.

“The finishings are really important to us. At Parker, our strength was our fit,” added Farrar.

Although they have still to show retailers the line, Gilner said she was eager to be in the advance contemporary area of department and specialty stores. “We can do a lot more with that price range. It’s more luxurious, and our girl wants more cutting-edge,” she said, adding “there’s no age to this.”

The designers are focused on dressy apparel. Among some of the standouts are a light, airy minidress with double irregular pleating; a fitted pleated dress with Thirties-inspired details, pin tucking and intricate seaming, accented with ruffles and chiffon puff sleeves lined with tulle, and a silk wrap dress with built-in draped sash and high-cut hem detail.

In addition to dresses, there are dressy tops, specifically a strapless corset with origami construction that can be paired with a pleated skirt or a pair of jeans. The designers work mostly in silk.

The two plan selective distribution and haven’t determined a first-year volume goal. The collection is designed in New York, sampling is done in New York, and the line is manufactured in China and India. The designers are self-financed. In the near future, they plan to launch an e-commerce site.

“We’re very selective with fabrics. We love textiles,” said Gilner, who graduated from Esmod Paris. She worked at Theory before starting her own line, Tehya by Laurieanne, prior to launching Parker. Farrar graduated from Marist College in Poughkeepsie, N.Y., where he studied fashion design. He then designed his own collection, positioned in the designer market. He also worked at Shoshanna before starting Parker.

Gilner and Farrar met while designing for other companies but were working out of the same office. They were also neighbors.

“We just work really well together. When it comes to design, we finish each other’s sentences. We’re on the same page of who our girl is. We both love tailored, well-made clothing. We have a good sense of what the stores will want and being true to story and our girl,” said Gilner.

Gilner said the ultimate goal is to give their customer complete looks, from shoes to accessories and handbags. She said they don’t plan to do casual; it’s mostly dressy and going-out clothes. Gilner Farrar will do four seasons a year — spring, pre-fall, fall and resort.

The new collection doesn’t resemble Parker at all.