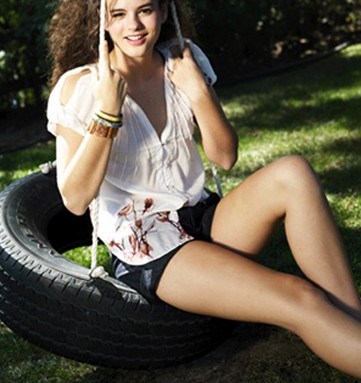 LOS ANGELES — Price was king at the trade shows that ended here on Tuesday, with the troubled economy the dominant force in decision making.

Retailers at D&A, Brighte Companies and the showrooms in the California Market Center, New Mart and Cooper Design Space cited familiar strategies of scaling back inventory and costs and delaying orders until attending other regional markets and weighing their options.

She singled out $200 wholesale as the ceiling for most buyers for clutches, which Inge Christopher and Whiting & Davis sell predominantly for $70 to $190.

“I’ll place orders after I shop other markets and compare,” said Ellen Stateler, who owns Cowboy’s Sweetheart in Tubac, Ariz. “It’s been quiet, but the upside is that I can just walk into showrooms that I couldn’t get into or would have needed appointments for in the past.”

Though the January shows are typically slower than others during the year, buyers said these were quieter than usual.

For instance, Designers & Agents had a scaled-back show highlighting the summer collections, with about 55 fashion brands compared with the 200 or so exhibitors it usually hosts.

“The economy edited it,” said Barbara Kramer, co-founder of New York-based D&A, adding that accessories take center stage in the smaller shows as buyers focus on apparel in the March and October shows. Moreover, accessories seems to be more resilient in a recession as consumers opt for less-expensive ways to spruce up their wardrobes, Kramer said.

“It’s a great opportunity for the little add-ons,” she said.

Diane Mipro, owner of a New Orleans-based boutique called Tomato, was among the retailers shopping for accessories and lighter styles amid the summerlike weather.

“It is an hourglass economy,” said Josef Arzili, designer for Los Angeles-based Azaara, adding that jewelry less than $100 wholesale and more than $500 wholesale was performing better than the middle price range. Azaara has been finding success with a vintage-inspired collection made from Swarovski crystals, copper and silver alloy, wholesaling mostly from $50 to $70.

Accessory vendors also rolled out lower-priced options. Affordable materials, such as microfiber in bags wholesaling for $65 from Los Angeles-based Shih by Stephanie Lin, were front and center in handbag brands’ attempts to hold down prices. Van Nuys, Calif.-based Adina Design, which uses 14-karat gold in its core Adina Reyter line in pieces from $150 to $525 wholesale, introduced a new line called Dinz by Adina Reyter priced at $15 to $30 wholesale for 14-karat-gold-plated jewelry.

Lotusgrace, a New York-based dress line, made its Los Angeles debut over the weekend, and, with wholesale prices ranging from $125 to $220, was well received by high-end specialty stores such as Southern California-based Belle Gray.

“We want people to be able to buy our dresses; it does us no good to have them sit in a warehouse,” said co-designer Gregg Pellegrini of his attempts to keep wholesale prices down.

Although vibrant colors such as hot pink, deep purple and banana yellow remained popular in apparel with retailers, nude proved to be a top seller for Antem, a high-end T-shirt line launched by Los Angeles designer Minden Chan for summer with wholesale prices running between $40 and $70.

There were no revolutionary changes in the accessory color palette. Colors that were strong in recent seasons for handbags — purple and brown, for example — seemed to retain their strength. In jewelry, bright colors — blue, yellows, coral and red — were frequent summer choices. “People are staying…the same for fall,” said Kelly Boyd, operations manager for Shih by Stephanie Lin, referring to handbag color selections.

Handbag shapes also didn’t shift much, with medium-size totes and satchels appearing to be the safest picks for vendors and buyers looking to fill consumers’ desires for multipurpose bags. Rings, in cocktail and stackable varieties, and layerable long necklaces were still central to jewelry brands’ offerings. “People are always adding rings. They are adjustable and sell out fast,” said Portia Hornick, an assistant designer at San Diego-based Double Happiness Jewelry.

Gold remained the material of choice for jewelry brands, with several vendors noting that more rose gold was creeping into buyers’ jewelry orders. “A lot of people are gravitating toward gold because it is an investment,” Cara Kelly, a sales manager at Adina Design, said of shoppers. “The supertrendy jewelry is not doing well because people are not going to spend their money on something that is going to be out next season.”

Despite the slower-than-usual pace, international retailers — particularly from Asia — came looking for bargains.

“We’re looking for mostly dresses in bright colors,” said Aya Kaneko, a buyer for a boutique called La La Plan in Tokyo. “We come to [the] L.A. market because prices are good for us and there are a lot of choices.”

Vendors did their best to coax buyers to write orders by being mindful of their financial struggles. Kari Woodruff, director of sales for Streets Ahead, said the Vernon, Calif.-based belts company was focusing on stores’ assortments to determine which belts could be pared with their clothing to help move merchandise. “A lot of them are complaining because they have so much goods in their store,” she said of retailers. “Customers are wanting us to care and cater to see what we can do for them.”