The deal is another sign that Pronovias is seeking to be the world's dominant player in bridalwear.

It’s a marriage of two bridal brands: The Pronovias Group has agreed to acquire Ladybird from its sole owner, Olaf van den Brink, for an undisclosed price.

The acquisition by Pronovias is another indication that the group wants to be the world’s dominant bridal player.

The 55-year-old Pronovias, based in Barcelona, was purchased in 2017 from founder and owner Alberto Palatchi by BC Partners, which has fueled the bridalwear firm’s expansion beyond its substantial presence in Europe. The year, Pronovias launched brick and mortar expansions in the U.S. and China, and last year BC Partners  acquired Nicole Fashion Group SpA, the Saluzzo, Italy-based bridalwear company.

The Ladybird transaction is expected to close in the third quarter of this year. Ladybird is based in Huizen in The Netherlands.

Van den Brink will reinvest in the company as a minority shareholder in Pronovias, which is owned by the BC Partners private equity firm.

Ladybird designs and manufactures bridal and evening gowns which are sold in about 500 independent retailers across Europe, mostly in the Benelux, DACH, U.K., Scandinavia and Eastern European regions.

Ladybird has what it characterizes as “a diversified portfolio” of products ranging from Ladybird couture to plus size. 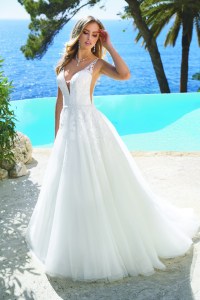 According to a statement from BC Partners on Wednesday when the deal was revealed, “The acquisition will strengthen Pronovias’ European leadership and scale in the bridal and occasion wear market and enable a wider customer base to benefit from its focus on client experience, specialist service and contemporary designs.”

Van den Brink said he will work “closely” with Amandine Ohayon, the chief executive officer of the Pronovias Group, and the teams at the Pronovias Group. “Their efficient network and international expertise will allow us to offer Ladybird’s beautiful wedding dresses and service to new customers around the world.”

Ohayon said Ladybird is a “leading brand” in northern Europe. “The strategic combination of Pronovias and Ladybird is not only very complementary from a geographical and product point of view, but as both companies share the same values and focus on customer service, it will allow a smooth integration.”

According to Jean-Baptiste Wautier, partner at BC Partners and chairman of the Pronovias Group, the acquisition is “another great example of how BC Partners supports the growth of our portfolio companies through selective and highly strategic acquisitions.” He said Ladybird has a “complementary” portfolio of reputable brands and will leverage the Pronovias platform to accelerate international development. 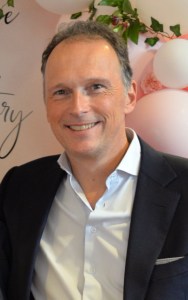 In the U.S., Pronovias is opening seven stores this year and expects to open the same number next year. All of the stores will be company-owned. In Europe, Pronovias has 40 company-owned stores and 30 franchises.

In June, Pronovias opened a flagship on 58th Street between Madison and Park Avenues in Manhattan and on the “Miracle Mile” in Coral Gables, Fla. Stores are also opening in the Houston Galleria in July; in Beverly Hills in October, and in Boston, Philadelphia and Austin during the fourth quarter this year.

“It’s a city-by-city approach,” Ohayon told WWD in a recent interview. “The idea is not to cannibalize wholesale partners,” which include Kleinfeld, Brickhouse Bridal and Nordstrom, and many others globally.

Pronovias also recently opened a store in the Plaza 66 retail and office complex in Shanghai, and in the past year established offices in China and the U.S. housing human resources, retail, wholesale and marketing functions.

The Pronovias product line has grown with younger styles, recent innovations in fit and fabrics, as well as recent introductions of maternity dresses and plus sizes, for an overall more modern and inclusive approach. 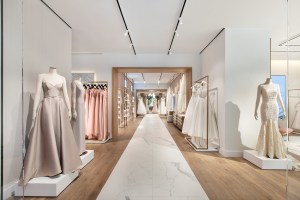