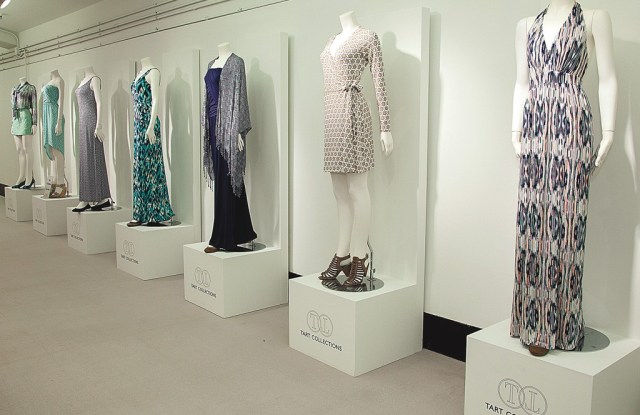 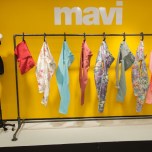 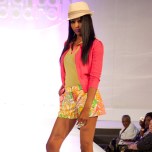 Solid performances at regional marts and trade shows in 2012 has executives and organizers in Atlanta, Chicago and Dallas looking for ways to keep the momentum going in 2013.

To accomplish this, they are beefing up contemporary fashion, artisanal accessories and other forward styles that help retailers distinguish themselves from the competition.

Technology is another focus. The Dallas Market Center and the Chicago Merchandise Mart are refining mobile applications to make it easier for buyers to navigate their massive buildings, while AmericasMart in Atlanta is mounting video walls and expanding Wi-Fi access throughout its campus. The DMC, which added three technology staffers this year, aims to install touch-screen information kiosks and maps by midyear.

“Markets this year were the best attended we’ve had since 2005 and we think we’ll see this continue,” said Cindy Morris, chief operating officer of the DMC. “We’re seeing stores want product that’s special, unique and different, and that fits right in with what we are.”

But there’s a thorn in the calendar — Dallas, Atlanta and Chicago markets all overlap on Jan. 26 and 27. Some vendors will be forced to split sample lines or reallocate staff, while others may choose to skip a venue.

“It puts unnecessary strain on everybody, but when it happened it was too late for us to move our show,” said Susan McCullough, senior vice president of apparel for Merchandise Mart Properties Inc. in Chicago.

Matt Roth, chief executive officer of Fashion Industry Gallery in Dallas, said, “The industry is so large that one region is not going to completely cannibalize the other, but ultimately it will hurt everybody. It’s in everybody’s best interests to try to come up with dates that work for the exhibitors, who are driving these shows.”

All the venues are emphasizing specialized and often pricier products.

Stylemax at the Chicago Merchandise Mart will introduce a new section of artisan jewelry, bags, belts and hats in its accessories area during April market, McCullough noted. It’s also developing a curated selection of lifestyle items such as fragrances and notebooks.

“We had a good year here and a great October show, so we ended on a high note,” McCullough said. “Holiday is always the wild card going into next year. Everybody is looking forward to good retail but who knows? Having the election behind us puts us in a good spot.”

AmericasMart will highlight higher-end resources in a variety of categories in a new luxe area of its temporary show, as well as in showrooms, according to Lou Ann Thomas, executive director of marketing and advertising for apparel. The venue will spotlight fresh talent at its second Emerging Designer Showcase in January. In April, the big emphasis is on social occasion, which expanded last year to two floors.

“Our renewals are solid and we expect to have about 10 new showrooms coming online in the first quarter,” Thomas said. “Our tenants are very optimistic for a great 2013 as 2012 showed improvement over the prior year.”

At the DMC, demand is so high for showrooms in the contemporary area that there’s a waiting list for space, Morris said. In addition, fast fashion continues to burgeon in temporary booths.

“We also continue to see growth in the fashion accessory area, particularly at higher price points,” she said.

Leasing interest is percolating at FIG, according to Emma Greathouse, director. The juried venue concentrates on contemporary and bridge resources, accessories and shoes.