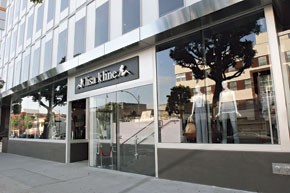 The report cards are in, and merchants say the contemporary market needs fresh styles and more price awareness for fall.

After trade shows and runway collections this month that they described as uninspired, retailers said they want to push designers beyond their comfort zones. The merchants said that explosive growth in the category has caused designers to play it safe and stay with proven trends too long. The call for taking more chances is complicated by a slowing economy in which shoppers are becoming more selective about their purchases.

Ann Watson, vice president and fashion director at Henri Bendel, said she has become frustrated with designers who are not pursuing new concepts, fabrics and silhouettes.

“There is an abundance of sameness,” she said. “The market needs to stay fresh and relevant. Many of the collections that had such a successful dress season last year are still doing the same shapes. I am not advising designers to walk away from bestsellers, but evolve them and then add new shapes that are relevant to where fashion is going.”

Watson said there is a lesson for other categories in the positive customer response to knitwear trends, which feature innovation in fabrics and silhouettes.

“[For the fall] there is a lot of opportunity in the leather category, and what we have seen so far is a redo of last year’s leathers,” she said. “We would like to see more quality tailoring, more feminized men’s wear and more print innovation. We would also love to see newness in color. The contemporary market is still committed to gray in all its various shades.”

Another major issue is rising prices in the contemporary sector, with some firms reporting increases of 5 to 10 percent for fall.

“The contemporary market was originally developed to be accessible fashion and many of the collections are getting more and more expensive, therefore losing their original niche in the marketplace,” Watson said. “Customers will not stop buying, they will simply buy less.”

Josh Sparks, president of the New York-based Rockwood Management Group, which consults with contemporary brands such as Trovata and Whitley Kros, agreed prices loom larger in an uncertain economy that forces consumers to tighten spending.

“We have to remain mindful that people just don’t have a ton of money to throw around, which means that customers become more discriminating when it comes to choosing what to buy,” Sparks said. “If you can offer the customer brand identity with a distinct aesthetic that stands out in the crowd — more wearable clothes rather than things just off the runway, a great quality level that is comparative to designer — then that will give the customer a reason to buy. If you can offer all of these things at a price they can afford without making them feel stretched, this could be something really appealing. Unfortunately, most contemporary labels just aren’t getting that.”

Sparks stressed the importance of the overall shopping experience during periods when the economy slows.

“In this environment, all categories suffer,” he said. “It’s simply not true that the luxury sectors don’t feel it in tough economic times. Everyone cuts back. So what designers need to think about is how to offer something uplifting to customers — offer something that is a diversion from the troubles in their everyday lives. It’s actually very simple when you think about it. Give them something fun, playful and flattering — an accessible diversion from their everyday lives.”

Although Stacey Pecor, owner of the four Manhattan-based Olive & Bette’s stores, said she hasn’t seen customer resistance to higher prices yet, she acknowledged that it’s particularly important now to get personal with customers.

“In tough economic times, it’s all about the emotional connection that customers can get when it comes to an item,” she said. “If they feel emotionally connected, they will buy it. That’s why it’s so important to educate your sales team so they can pass the stories behind the labels on to the consumers.”

Pecor said she recently took some of her sales team to dinner with Michael Cohen, owner of contemporary T-shirt resource Michael Stars.

“Now that they’ve met him, my salesgirls are confident that they can tell the customers about him and about his brand, so they are confident they can sell the product,” she said. “For example, we know that Nanette Lepore does all of her cut-and-sew in the Garment District in New York and it is a real passion of hers to keep manufacturing alive in New York. These are the kinds of things we like to tell our customers to give them that emotional connection.”

Although Pecor said she hasn’t experienced a price revolt, she acknowledged the challenging environment by buying for the short term and searching for immediate deliveries to control her inventory. She said that she still has a lot of open-to-buy for the months of May and June, but she can’t see that far down the road since the economic situation is in flux. She said she sees a void in the market for solid T-shirts to wear with skirts, which are just starting to sell again.

“Skirts are really starting to happen, which is nice, since I couldn’t sell a skirt in 2007,” she said. “It used to be all about dresses, so it’s nice to see separates making a comeback.”

Echoing other retailers, Pecor said that, although designers are responding to her need for immediate deliveries, they are playing it safe in their designs.

“There has to be some more innovation,” she said. “People have to start taking chances, the consumer is demanding something different. I have ombré on the floor now and at the trade shows, I was still seeing it for next fall. I have not seen one emerging trend to get shoppers into the store for fall and that really worries me. The popularity of the miniskirt came out of tough economic times; we need the next miniskirt.”

Many buyers and store owners agreed with Pecor on the overall lack of novelty in the market, adding that rising prices are a major concern.

“The [trade] shows need to bring in new designers, something fresh,” said Rachael Robbins Kachko, creative director for Lisa Kline’s namesake boutiques, which are based in Los Angeles. “We have our lines that are good — tried-and-true types that will always sell well — but we can’t play it safe because customers don’t want to buy the same things all the time. We [also] need a slightly lower price point, people who are coming in would rather buy a $200 top than a $350 top. I would tell designers, if you can source it cheaper, that’s my suggestion. At a high price point, we are less likely to sell it out.”

“Do something different — we’re not looking for derivative fashion,” she said. “There are a lot of trends going right now and so many stores want to play it safe, which just feeds this whole thing. If you are going to design and be in fashion, then for God’s sake, do something new.”

Maren Roth, owner of the Rowe boutique in Columbus, Ohio, said finding a lower price point is a must.

“It would be really nice to see more recognizable brands with a lower price point option,” she said. “I don’t want to lose the quality, but want to entice shoppers with a great product that won’t break their bank on just one item. For a consumer who is used to spending $60 for a T-shirt, it would be nice to have a $40 option from the previously priced $60 T-shirt designer. They would only scale back enough where they feel they are still getting contemporary clothing at slightly more affordable prices so they will continue to shop.”