The company recently signed a new denim deal and has opened in-store shops in Asia with Lane Crawford. 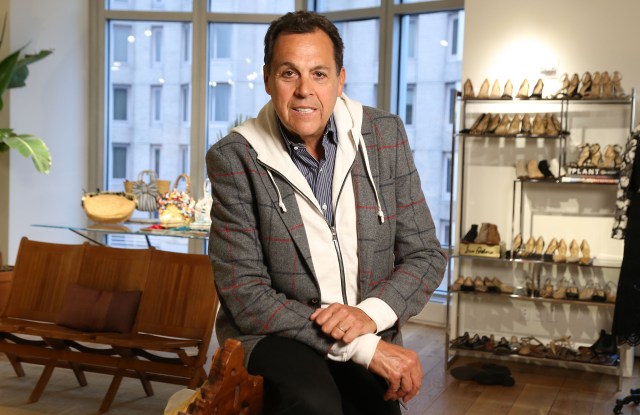 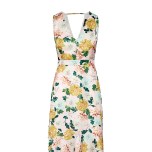 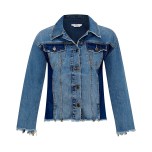 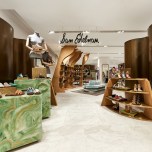 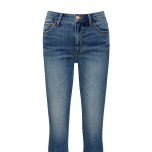 Footwear maven Sam Edelman looks to bring his irreverent and whimsical style, cultivated over the last 40 years, to a host of new categories.

With a wholesale volume exceeding $200 million, Edelman, a division of Caleres Inc., aims to create a lifestyle brand. Having built its reputation on trendy, accessible and comfortable footwear, Edelman has set out to apply that same  philosophy to categories such as intimate apparel, activewear, handbags, outerwear, sunglasses, dresses, girls’ shoes and denim. The company recently signed a denim deal with Global Brands Group Denim West. The first denim offering launched for holiday 2017, and the full collection was introduced for spring.

The line includes jeans and denim jackets in an array of washes and three fits. They include “The Kitten” midrise straight-leg, “The Stiletto” skinny high-rise and “The Mary Jane” boyfriend jean. The looks feature details such as crystal embellishments, fringe, hem treatments, stretch, coated denim and pastels. Jeans run from sizes 24 to 34. Plus sizes will be added next year.

“There was a really strong response to the jeans. We had a very big week last week, the first week out [for spring],” said Edelman in an interview at the company’s 25,000-square-foot headquarters at 1325 Sixth Avenue in New York.

The spring line highlights 10 to 12 styles. Top sellers have been dusty pink in the colored denim range and a high-waist denim silhouette. “Pastels are driving the business,” he said.

Retailing from $98 to $148, the denim is currently available on nordstrom.com, samedelman.com and in Edelman’s 13 freestanding stores throughout the U.S.

Tricia Smith, executive vice president and general merchandise manager of women’s apparel at Nordstrom, said, “Customers are responding well to Sam Edelman denim. We are seeing a strong performance with the denim line and are planning to expand distribution. It is working particularly well for a curvy customer.”

Edelman’s spring ad campaign, dubbed The Land of Enchantment,” was shot by Kelly Klein under the creative direction of Sam Shahid featuring denim and footwear. He noted the white sandal in the campaign, The Bay, has sold out and is being reordered. He called it “the shoe of the moment.”

Overall, he noted, “We’re seeing great initial success in our dresses, our denim, our intimates and our outerwear. We had double-digit sell-throughs, and in some cases, complete sell-outs.”

Edelman said the brand is eager to find the right ready-to-wear partner and build out that part the business. He expects to sign a new rtw license within the year. The company previously had a rtw deal with Kellwood in 2014, but it was short-lived. “It was early for the brand,” said Edelman. They are better prepared and ready for it now.

Other categories he would like to introduce are home, as well as beauty, fragrance and hair, with a goal of launching in 2020.

Edelman said his line is aimed at women between the ages of 37 and 45 years old.

“We know that because we know where our biggest businesses are. We know the status and the data behind who our customers are,” he said. While he designs for a 29-year-old, who is an aspirational fashion customer, he said the bulk of the business is done with a slightly older woman, rather than the Millennial consumer. However, in its freestanding stores, the average age of the customer is between 24 and 34.

Edelman serves as head designer, and his wife, Libby does all the trends. “It’s a true partnership,” he said. “Libby has been my muse for 39 years. Her background is with magazines as a senior editor and Calvin Klein, and of course, what we’ve done together,” he said, referring to their original successful brand, Sam & Libby, in the Eighties. Sam and Libby Edelman will receive the ACE Hall of Fame Award at the ACE Awards at Cipriani 42nd Street on June 11.

“What distinguishes Sam’s collection is the tremendous balance between fashion and core product,” said Kristin Frossmo, Nordstrom’s executive vice president and general merchandise manager, shoe division. “Sam’s collection covers some of our biggest, ongoing core shoes — shoes that customers come back for and have been successful for many seasons. On top of this, Sam continues to lead the market in delivering on-trend fashion. Sam and team have perfected this combination of fashion and core into a consistently successful business.”

Internationally, Edelman’s business is led by Lane Crawford, and the brand is also sold at such retailers as Selfridges, Rinascente, Galeries Lafayette, KaDeWe in Germany and Ilum in Scandinavia. The company has 250 wholesale partners in Italy. “The biggest opportunity we have is international,” he said.

The company’s association with Lane Crawford goes back 10 years when their team was among the first people to recognize and support him as a designer and they helped build his business.

Talking about the overall health of his business, Edelman is encouraged by how his brand is performing at department stores. While the overall footwear category is down 2 percent, Edelman’s footwear business is trending ahead, he said.

Asked how he deals with a very challenging department store environment, Edelman said, “When I hear business is tough, I offer more sizes, I go to wides and narrows, I go to 11, and 12s and even 13s. I try to use my experience in a positive way and not lament the loss of the department store,” he said.

Today, Edelman’s footwear business — which was built on flats, the bow ballerina and the gladiator — is 38 percent dress shoes, with heels above three inches. Some 40 percent is sandals and flats, and the remainder is wedges, sneakers and boots, depending on the season.

He said the company has become a leader in the dress shoe business in department stores in America and overseas. He said they engineer their dress shoes with a combination of the best Italian development possible, combined with a Chinese approach to athletic footwear. “It’s a combination of the ‘pitch,’ and the elements of comfort that have been embedded into the sole and the in-sole of the shoe. When you get those two things correct, a dress shoe can be almost as comfortable as a flat sport-type shoe,” said Edelman.

Asked how he’s able to keep the prices down, he said, “We make a lot of shoes, we’ve become experts in sourcing materials and development. It allows us to use our 40 years experience from Brazil, from Taiwan, to China and to every other country we’ve made shoes in. We know how to make great value in footwear.”

Ninety-five percent of Edelman’s footwear is made in China, with 5 percent made in Vietnam. In the next 10 years, they will probably move some production to India.

As for the big trend going forward, he said, “Flat sandals will never go away. Dress shoes will always be important, but great, big, clunky, innovative sport shoes are what’s happening right now. There’s a huge influence from the streets to sport. We can see that with Virgil Abloh being appointed the men’s designer at Louis Vuitton. I think the influence of sport and street casual is where it’s coming from.”