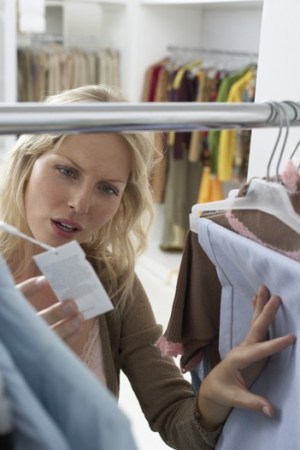 The thrill is gone for many shoppers, but there might be signs of retail life on the horizon.

The recession has reduced the consumer experience to drudgery for many Americans. As part of its monthly American Pulse survey, BIGresearch, a consumer and retail research firm based in Columbus, Ohio, found that 57.2 percent of more than 4,000 people polled this month said they have a “just get it done” attitude (39.6 percent) about shopping or they “dread it entirely” (17.6 percent).

Only 14 percent responded that they “really enjoy shopping and think of it as ‘retail therapy,’” and 28.8 percent said they “look forward to it a little bit.”

“Everyone is on a budget right now,” said Pam Goodfellow, senior analyst for BIGresearch. “The mentality is that no one wants to spend beyond their means, or beyond whatever is necessary.”

After completing a shopping trip, 23 percent of those surveyed admitted to feeling “relieved,” 43.5 percent were “somewhat satisfied” and 8.2 percent felt “rejuvenated.” But 5.3 percent felt “guilty” and 20 percent said they were “downright depressed.”

“That’s one-in-five shoppers who are completely depressed after a shopping trip,” Goodfellow said. “There might be some guilt attributed to this, partly because of the ongoing fears that people have of losing their jobs. If you don’t have money to spend, it’s hard to enjoy spending when you still have to do it.”

The poll asked respondents to select from among eight product categories — clothing for yourself, clothing for your children, electronics, housewares, furniture, appliances, home decor and toys — one category they could not give up buying.

A total of 38.5 percent said the toughest purchase to do without was clothes for themselves — 40 percent of women and 36.9 percent of men said clothing for themselves was at the top of their priority list. Clothing for children ranked second, with 23.6 percent saying they couldn’t give it up, followed by electronics, 13.8 percent; housewares, 10.3 percent, and toys, 4.3 percent. Appliances, home decor items and furniture rounded out the bottom of the list.

“People are still buying great fashion items,” said Christine Chen, Needham & Co. retail analyst. “For women’s apparel, specifically, the customer is being choosier. They’re aware of price, but if you have to have something, it still gets bought.

“Basics are sitting on shelves because they don’t stand out,” she said. “Retailers need to have stand-outs, and more companies are coming around to this. The consumer already has a closet full of basics. She wants something different that makes her stand out — they still crave that ‘feel-good’ experience. You don’t feel good if you buy a pair of khakis.”

Parents are still buying clothing for children. For example, Target Corp. said for March comparable-store sales in apparel were led by better-than-average performances in the newborn-infant-toddler categories, along with intimate-hosiery-performance apparel.

Other upticks in apparel spending include premium denim. “If you amortize the cost of jeans over the number of different times you wear it — people are wearing denim to fancy events now, so the purchase becomes justified,” she said. “You can wear it daytime and night. This is why True Religion is doing well. They’re providing fashion denim that is different from last year. It’s an incentive.”

Last week, top executives from J.C. Penney Co. Inc. said they were sensing an improvement in consumer trends. And Tuesday, the New York-based Conference Board said its Consumer Confidence Index rose to 39.2 in April from 26.5 in March as the short-term outlook got brighter.

Myron E. “Mike” Ullman 3rd, Penney’s chairman and chief executive officer, said last week the retailer has “one of the best women’s apparel trends in the industry,” with dresses a top-performing category.

Chen agreed that dresses continue to be popular. “Every retailer has said dresses continue to sell well. Again, dresses have that ‘multiple-use’ component, like jeans. Buy a fabulous dress, pair it with a sweater during the day, take the sweater off at night —  you’re getting multiple use.”

In terms of the consumer mind-set, “It seems as though there has been a sentiment change,” Chen said. “I do think that, recently, there’s more certainty about what’s going to happen. The new administration has plans in place and it’s not this big unknown, and the market is doing better. By no means are people whole again, but…a lot of people have adjusted to the new reality and what you can work with.”