Showgoers Rely on Summer Looks at the Tents

Fall officially arrives Sept. 22, but several showgoers are still riding out the tail end of summer with what is already in their closets. 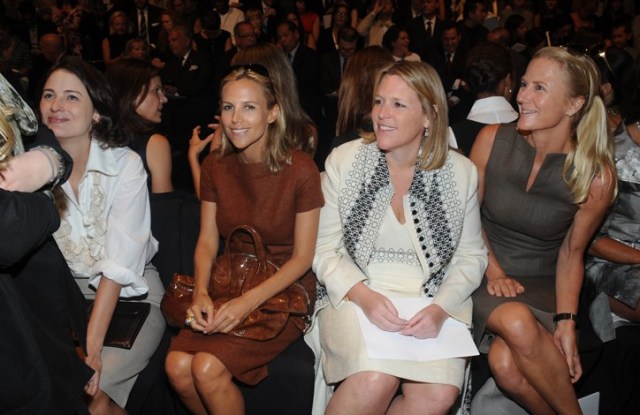 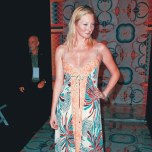 Fall officially arrives Sept. 22, but several showgoers are still riding out the tail end of summer with what is already in their closets.

Truth be told, shopping is not a priority just yet. Even though they haven’t bought much for this fall, they were eager to take a look at spring trends. And those who managed a few pick-me-ups tended to buy low or high — and nothing in between.

Before her mother Carolina Herrera’s runway show, Patricia Lansing said she bought a couple of “really great shirts” at Steven Alan — including a blue-and-white checked one and another with little stripes.

“I haven’t gone shopping. I’ve been away this summer. Maybe next week though,” she said.

Tory Burch has also been caught up with other things — for starters, tonight’s presentation for her signature collection — and has only bought a few pairs of Pierre Hardy shoes for fall. But she does have her eye on an Yves Saint Laurent dress.

Loulou de la Falaise has also been working away and had little time for shopping. Aside from the jewelry, apparel and shoes she sells on HSN, de la Falaise designs Oscar de la Renta’s high-end jewelry, which calls for trips to India. Then there are the home products she designs in Paris, as well as the shop she runs there.

HSN’s headquarters in Tampa, Fla., may not be the best place to shop, though it is an easy hop to Nassau. In New York for fashion week, she did manage to drop into the Union Square Gap for a cowl-neck sweater and a down vest.

Before Friday’s Nicole Miller show, Candace Bushnell said she tends to be a last-minute shopper, but she uncharacteristically got a jump on the season by buying a pair of leopard-print boots in July. She thinks they are Christian Louboutin, but couldn’t say for certain. “I thought they were great and they looked like the kind of boots that would be gone when fall came around,” she said.

Bushnell will have occasion to wear them on her tour for her latest book, “One Fifth Avenue,” due out in two weeks, and while talking up the TV series based on one of her others, “Lipstick Jungle,” in its second season.

At work on a memoir with the working title of “Model Behavior,” set for a spring release, Maggie Rizer said she has yet to splurge on anything for fall. “I wear a lot of jeans, T-shirts and tank tops,” she said. “I am lucky that a lot of people give me dresses.”

At Nicole Miller’s show Friday, the model wore a printed maxidress, compliments of the designer.

Last week at the FIT Couture Council’s luncheon for Isabel Toledo, Cathy Hardwick was wearing her first fall find, a pair of black trousers. Not a fan of low-waisted ones, Hardwick said, “I like to look age-appropriate. And the quality is great.”

Icelandic designer Steinunn Sigurd dipped into her own fall collection for a bouclé coat with a Lurex-like sheen and fringe on the forearms. “I have been wearing the same Yohji [Yamamoto] coat since ’92. As much as I love it, it’s time to pack it away,” she said. “I’m not the type of person who shops for fall in July.”

Despite that, she did buy a $20 black blanket scarf at Gap last week, which she plans to double up with another scarf. In winter, her homeland often can get a foot of snow or more overnight, so she planned to check out the boot selection at Saks Fifth Avenue before leaving New York.