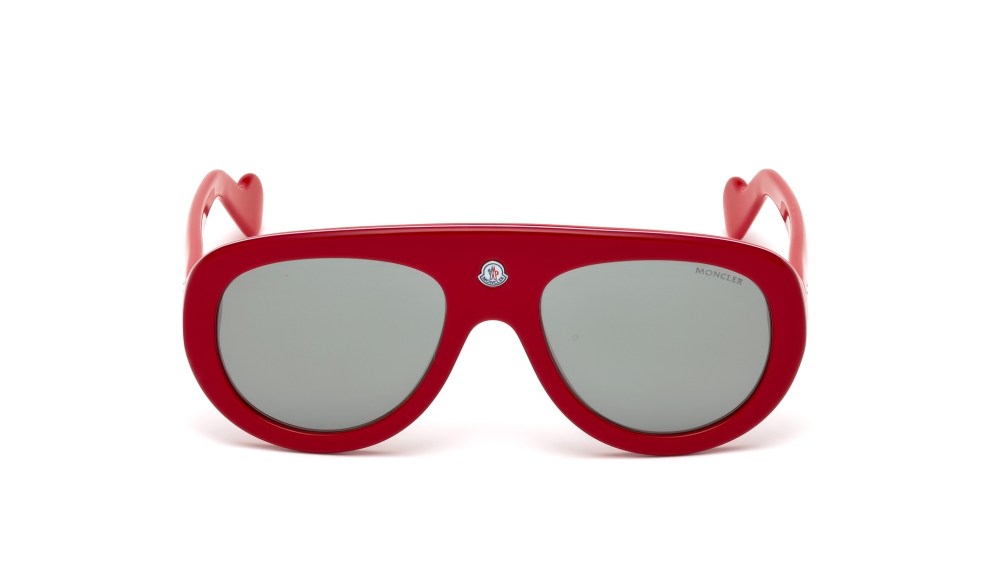 PARIS — Licensed designer eyewear is on the rebound, according to a number of designers and retailers attending the recent Silmo trade show here. Eyewear licensors are working hand-in-hand with brands to bring the product category in line with their DNA in terms of design and innovation, as well as fine-tuning distribution strategies to improve the exclusivity factor of luxury eyewear lines.

“The licensed brands have been weak for the past five years, but now they’re strong again and they are taking the time to create proper products. A number of the big houses are bringing a lot of it in-house, many have dedicated design studios and not only the licensing company doing everything for them,” said French eyewear designer Thierry Lasry, whose brand will turn 10 next year.

“They’re getting very involved, which is fascinating to me because this is what I saw when I launched my brand; I knew the people weren’t really working so I was, like, what an amazing red carpet for me.”

Lasry’s designs included light jewelry-inspired frames with 24-karat gold temples and bridges, as well as more complex styles in acetate spliced with lines of lacquer. “It’s technically near impossible to do, that’s what I like to do each season: challenge myself and the people I work with.”

“Eyewear is changing.…There are 3,300 sunglass brands and the world isn’t waiting for another one,” said Luisa Delgado, chief executive officer of Safilo, the world’s second-largest manufacturer and distributor of sunglasses and optical frames. “What distinguishes a leading eyewear company from all the others is everything that has to do with product development, translating designs into technically the highest quality product. That’s very difficult because each pair of eyewear has dozens of components, but also needs to fit you. This is about a total ergonomic fit, which is why you will have certain fits for Asian or Caucasian physiognomies, for example.

“It’s technically demanding and that’s why the barriers of entry are so high in the industry,” said Delgado. “Safilo has been in it since 1878, the whole skill and technology that goes into it is very, very deep and this is not so known. Most people can figure out that watches are technically demanding, but most people probably haven’t really thought about glasses.”

Since Delgado’s arrival three years ago, the company, which produces prescription and sunglass frames for licensed brands including Céline, Dior and Fendi, has changed its full commercial organization, a transformation that, according to Delgado, is about “modernizing Safilo into a multinational that can run with governance, with quality, with simplification.”

The process, she said, began prior to Kering’s decision to bring production of its eyewear in-house. Safilo’s eyewear license for Kering-owned Gucci will terminate at the end of the year, from which the two parties will enter a supply agreement in which Safilo will continue to develop and manufacture the product for a temporary transition period.

“Safilo before the Kering thing happened had already declared its strategy of becoming a brand steward and working very closely with its partners, and as a consequence, the decision of Kering, specifically regarding Gucci, if anything accelerated our strategy to becoming even better in partnering with prestigious brands and translating their design; the production and technical development, which is the core of making eyewear,” said Delgado, who personally receives “from two to three requests for licenses” every week. Givenchy, Elie Saab, Havaianas, Moschino and Swatch count among brands to have joined the company’s portfolio since Kering’s announcement.

Fellow licensor Marcolin, which counts brands including Balenciaga, Tom Ford and Tod’s in its stable, previewed six sunglass styles from its debut collection for Moncler Lunettes. “These sunglasses elevate the brand values synonymous with [the Moncler] down jacket: top quality [materials], innovation and experimentation, merging aesthetic functionality and technological research with the iconic design elements of the brand’s timeless style,” said Lara Marogna, Marcolin’s head of product and style development. The six styles will enter Moncler boutiques and a selection of department stores, concept stores and select opticians beginning this month.

Other innovations presented included Montblanc frames in Italian titanium taken from a block of titanium using “a precise and ultra-refined manufacturing process to provide additional volume to the eyewear, giving a 3-D effect.” Ermenegildo Zegna’s collection focused on contrasts of materials and colors, like acetate and wool inserts on the frontal frames.

Los Angeles-based eyewear company DITA Group presented its first Christian Roth collection since acquiring the brand a year ago, under the creative direction of Roth and his design partner Eric Domege, who were present at the show. Styles included takes on the brand’s wraparound Bikini frames in Japanese titanium, at more affordable price points.

“When I started back in the day, these guys were the rock stars of eyewear. They helped pave the path, along with Alain Mikli, to boutique eyewear. They produced designs for everyone — there was Andy Warhol, then when Lenny Kravitz was right on the scene, wearing the big glasses, that was Christian Roth. The famous photo of Kurt Cobain with the white-rimmed glasses, that was Christian Roth,” said Dita cofounder John Juniper. “It’s time to introduce it to the new world,” he added. “We’re really focusing on the Millennials.”

Berlin-based eyewear firm Mykita launched its Mykita Studio concept, presented as a creative outlet for ideas that come from the heart of studio. Frames included an architectural metal style with grooved sidepieces inspired by skyscrapers.

“At a large trade show like Silmo, you can appreciate the scarcity of true innovation due to limitations of financing, time and creativity; you recognize the scope of the redundancy of the products in our industry and the similarities between brands who just ape iconic designs,” said David Currie, a registered optician at Josephson Opticians in Toronto.

Among new design directions, he cited the construction of frames incorporating a double bar or featuring only a brow bar in the absence of a bridge. “Refined, thin, metal frames featuring coined rims and filagree were also plentiful at the show, with pale, muted colors like taupes and grays prevalent across collections,” he said.

Safilo’s Delgado revealed the company is “about to come out with things that go into 3-D for end consumption in the coming months,” under its Oxydo brand, which is positioned as the company’s “incubator for avant-garde innovation.”

“There are different things you can do with 3-D. One is the fit, and there are some small companies across the world experimenting with that. We’re talking about using 3-D to create extraordinary eyewear with artistic components,” she added. “We will showcase what 3-D can really do.”