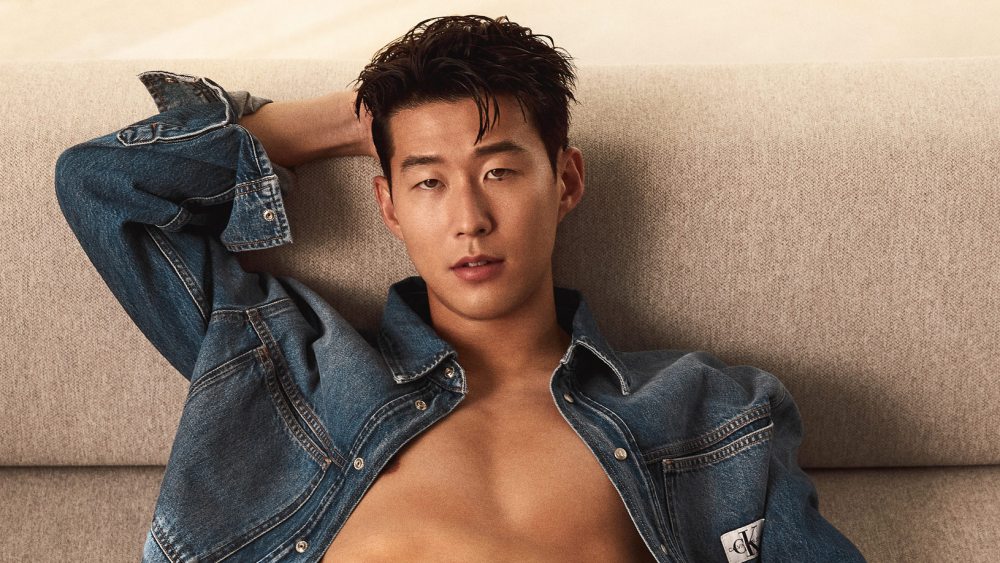 International soccer player Son Heung-min, the South Korea national captain and Premier League top scorer, has been named brand ambassador for Calvin Klein Underwear in South Korea. He will be featured in an exclusive campaign wearing the brand’s fall 2022 collection.

The 30-year-old Heung-min plays forward for Premier League Club, Tottenham Hotspur, the English professional football club based in Tottenham, London, which competes in the Premier League, the top flight of English football, and captains the South Korea national team.

“As a longtime fan of the brand, I’m thrilled to be representing Calvin Klein Underwear in my home country. Calvin Klein products have had a special place in my wardrobe for years, so our partnership is a natural fit. Like so many people around the world, I am constantly inspired by the brand’s iconic campaigns, so to be the face of one is both exciting and surreal,” Heung-min said.

Heung-min will be shown wearing the newest styles, including Embossed Icon, the brand’s signature style which is made with recycled materials.

The brand’s full underwear offering for the fall season includes new silhouettes that offer more sustainable textiles and a focus on comfort. Both the full campaign featuring Heung-min and the collection will launch at the end of the month.

The campaign was filmed and shot by Kim Hee June, whose work has appeared in such magazines as Vogue, Elle and W and who has created global advertising images for Yves Saint Laurent, Dior and Adidas, among others.

Considered one of the best forwards in the world, Heung-min is known for his speed, finishing, two-footedness and ability to link play.

In June, he received the Cheongnyong Medal, the highest order of merit for achievement in sports given to a South Korean citizen for his achievements in football. He has been credited for the large increase in interest and support of Tottenham Hotspur among South Koreas and even East Asians. In South Korea last month to play in the Coupang Play Series, Heung-Min, considered a superstar in Seoul, signed thousands of shirts and posed for selfies.