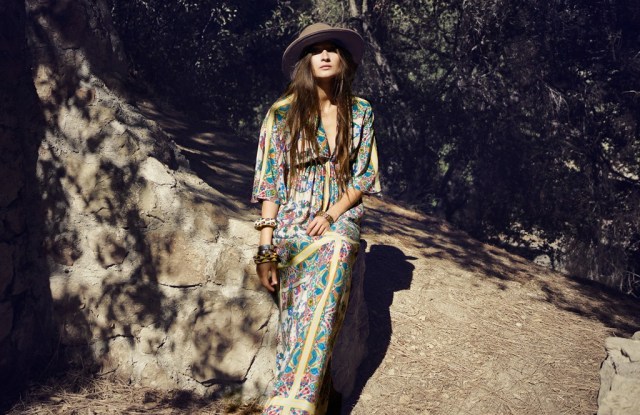 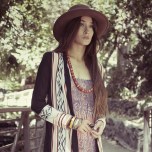 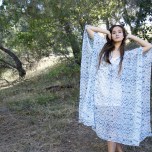 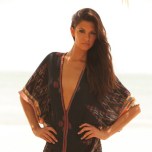 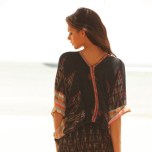 Retailers invested in colorful and printed denim, dresses and handbags, as well as ethnic print sportswear.

Interest in immediate deliveries for holiday was much lower than in recent years, according to sales representatives. Warm weather delayed sales of fall apparel in the Southwest, so some retailers kept a lid on budgets for spring, reserving money for reorders and trends emerging in season.

Ashley Arno, a partner in Co-lek-tive accessories showroom, said her agency had a record show.

“There wasn’t price resistance, and I didn’t hear any of that, ‘Well, I don’t really know about the economy,’ which we’ve been hearing for so many years, so that was good,” Arno noted. “People were looking for color.”

Mark Williams, co-owner of Level showroom, said, “We’ve been at FIG for a couple years and this is the best show we’ve ever had there. Our biggest seasons are fall and holiday, and this was a spring market, so that was great.”

Cynthia Vincent, who was the featured guest designer, said buyers were eager for original, trendy styles. She did well with ombre ikat animal print sportswear and vibrant snakeskin and reptile-embossed leather handbags.

“We had steady traffic at the Twelfth Street by Cynthia Vincent booth and great attendance of buyers from all over the South and Midwest,” Vincent said.

“It’s been on fire year-to-date,” Khalaf affirmed. “Color, print and coatings are doing great, but I’ve seen an increase in basics as long as it has a little twist.”

Khalaf selected a variety of styles by DL 1961, including polkadots, sparkle finishes, dark washes and moto-stitched knees. Tootsies carries nine brands of denim, she said, and “DL is giving everyone a run for their money.”

“It is definitely a dress season,” she said. “You can do so much with a dress — wear it with tights and boots in January and then with sandals when the weather warms up.”

Esmeralda Arrida and Jenna Lou Roberts, co-owners of SALT Showroom, said they made new contacts at their first FIG show.

“Regardless of how much we write, I think we’ll come back,” Arrida said. “I’d rather write small orders and build the relationship.”

Another first timer, Maggie Murphy of Bluebird Showroom, said, “Building a rapport with the Southern customer is the only way. They have to know you before they start buying. You have to keep showing up.”