Anti-extradition protesters react after police fired tear gas at them in the Admiralty area of Hong Kong.

The pro-democratic protesters in Hong Kong didn’t take Hong Kong’s chief executive Carrie Lam’s speech well on Monday as she accused protesters of using the extradition bill situation for their own “ulterior motives” and trying to destroy Hong Kong.

“That is going to push Hong Kong to the verge of a very dangerous situation,” she said, warning the city is being pushed onto “a road of no return” and that the government would be “resolute in maintaining law and order in Hong Kong.”

Financial secretary Paul Chan added that Hong Kong’s economy is under great downward pressure. “The city in the third quarter could enter a recession,” he said. 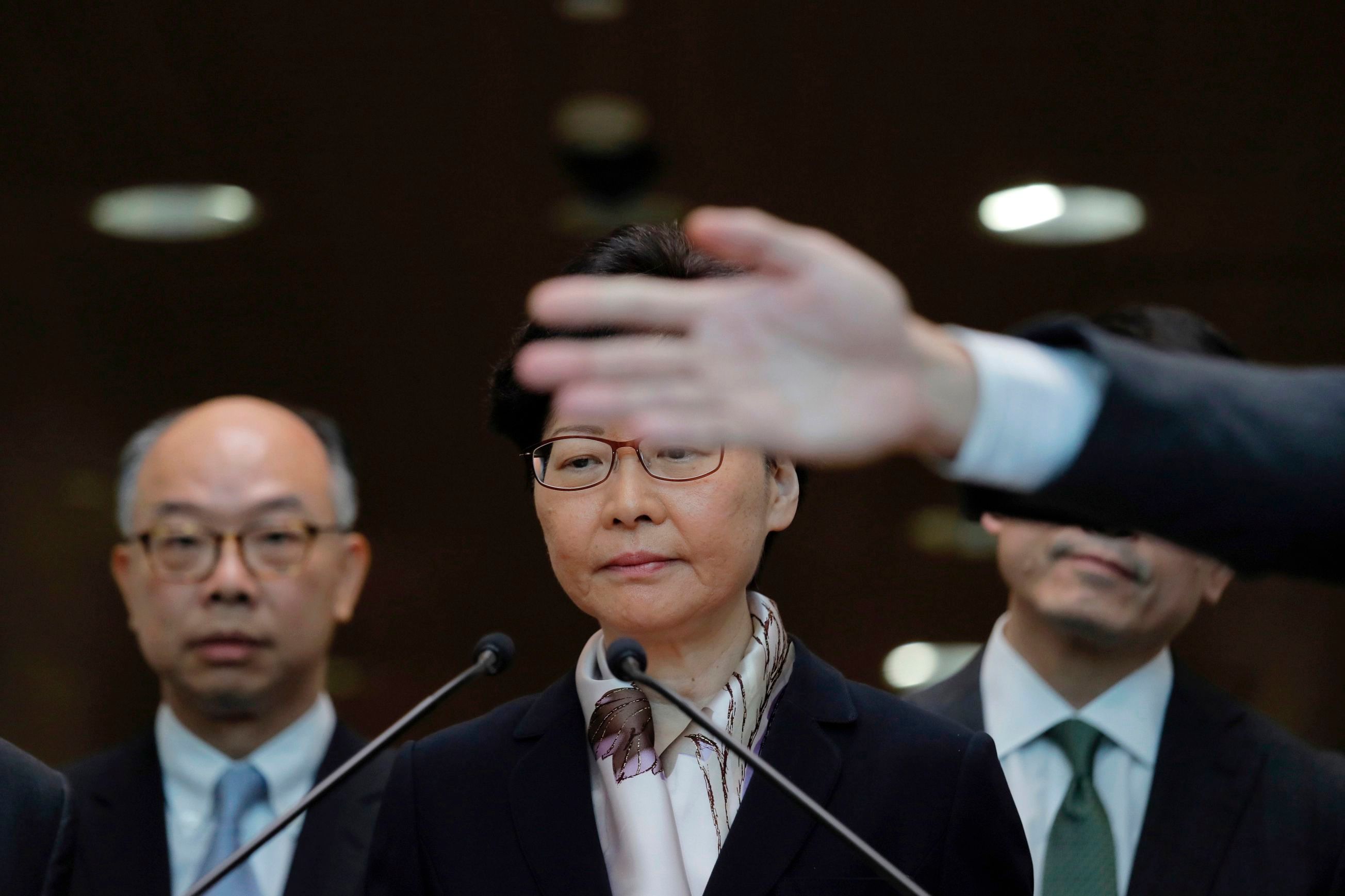 The MSCI Hong Kong Index slumped 3.2 percent on Monday, the ninth day of declines and the longest losing streak since 2014, while the benchmark Hang Seng Index dropped 2.85 percent.

Staff from the banking industry, trade unions, civil servants, lawyers, teachers, bus drivers, flight attendants and the Catholic Church went on a city-wide strike to disrupt business and pressure the government to respond to the protester demands.

Fashion retailers such as Chanel, Burberry, Lane Crawford and Zara’s parent company Inditex closed its stores on Monday and sent its employees home as metro service, road traffic and the airport services were severely disrupted.

Some 82 arrests were made on Monday and protesters were met with tear gas in various locations, such as Wong Tai Sin, Tin Shui Wai, Tai Po in the New Territories and Harcourt Road in Admiralty. 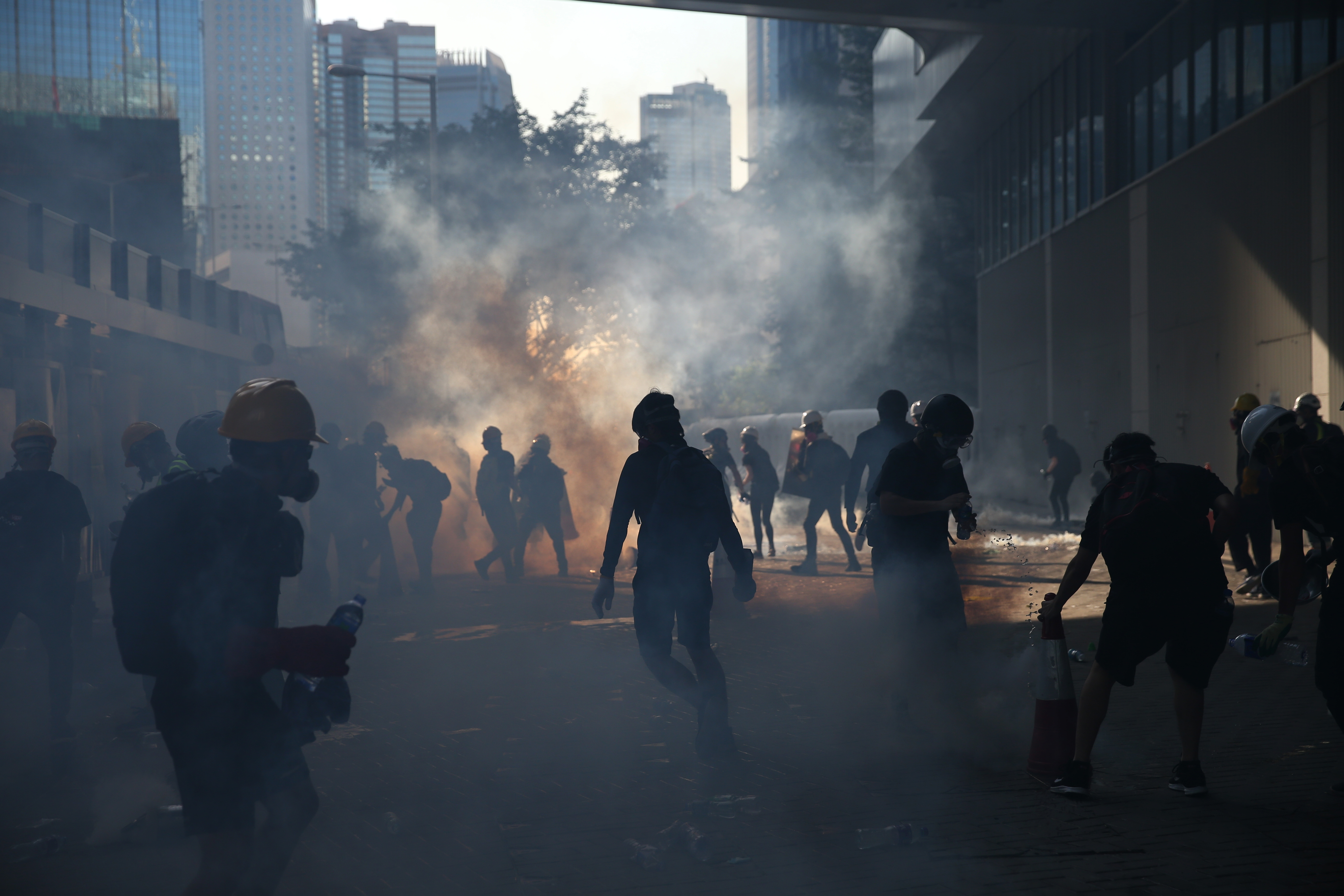 Anti-extradition protesters react after police fired tear gas at them in the Admiralty area of Hong Kong.  JEROME FAVRE/EPA-EFE/Shutterstock

On the same day, Beijing drove the renminbi below seven to the American dollar for the first time in a decade and told state buyers to halt the purchase of U.S farm products, as China hit back against a new round of tariffs.

American Chamber of Commerce said in a statement Monday that “we are disappointed that the U.S.-China trade dispute is due to be escalated once again on Sept. 1, with tariffs now to be imposed on many more goods including consumer items.”

Despite the strike and trade war, some business went ahead as planned. Dunhill opened a new store in Hong Kong Lee Gardens on Monday, as the Richemont-owned brand asserts a new strategy in the region.