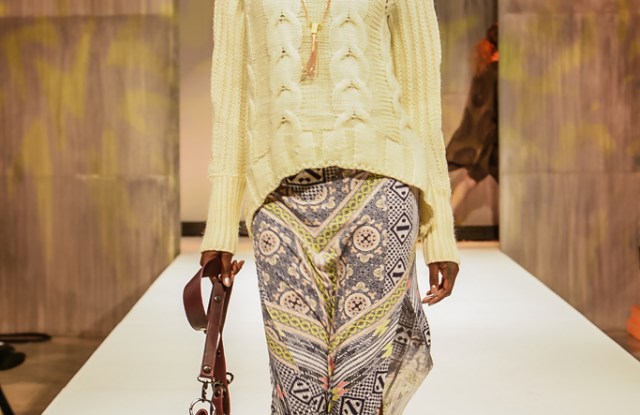 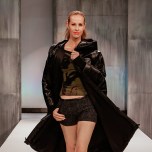 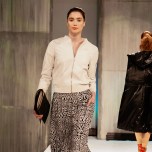 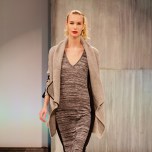 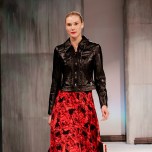 The apparel and accessories show presented the greatest number of resources in the past decade, according to Cindy Morris, chief operating officer of the Dallas Market Center.

“Knitwear is king for fall,” said Gregor Simmons, principal of her namesake New York buying office. “It’s comfortable and it’s an easy way to freshen up a wardrobe. What has slowed down is generic contemporary, while elevated contemporary is exploding, like Sachin + Babi.”

Among her favorite sweater lines were 525 America, Isy & Ki, and Luxe, a new, higher-end label by Lisa Todd, Simmons noted. She also praised Léo Guy’s “little dressy tops that are not limited to a girl who has a great body.”

“Spring has yet to open up,” Simmons said, noting several Southern states have had long, unusually harsh winters. “I’m telling my stores to throw out what you’re struggling with and add in a small percentage of new resources.”

Brad Hughes, who represents about 50 labels in his showrooms and has been adding international lines, said bestsellers included Alberto Makali’s suede fringed capes, Noir cocktail dresses, My Tribe lambskin jackets, and sweaters retailing for around $120 by La Fée Verte.

“I want to have unique merchandise because the only way to take people to the next level is to show it to them,” Raimondi said as he selected coats at Launch USA International’s booth in the Scene show. “This is beautiful product made in Italy.”

Mel and Barbara Crews were on the lookout for professional clothing for real estate agents and other professional women shopping at Mel Crews, their 30-year-old specialty store in Dallas.

“There are a lot of knitted jackets and soft dressing that’s not structured but still career friendly, lifestyle friendly,” Mel Crews said. “We do still have people who want the third [coordinated] piece. Comfort is always an issue.”

The couple wrote a two-page order for Elliot Lauren sportswear, citing its stylish, wearable and packable styles in black, grey, chocolate and tobacco.

Callie Saitowitz, owner of B.B.1 Classic in Houston, said she didn’t think the plunge in oil prices had affected business.

“It’s been a little slower start to spring, but we have activity and I haven’t heard anyone say they can’t spend because of the oil crunch,” she said.

Saitowitz ordered about a dozen 24-karat goldplate chain and pearl necklaces dangling metal-encased druzys and sliced minerals from Krysia Renau, who was new to the Scene show, as well as Princess Goes Hollywood’s cashmere sweaters emblazoned with Snoopy.

Stephanie Hendry, owner of Shoefflé in Covington, La., picked up printed activewear by Green Dragon, mixed material bags by Big Buddha and a variety of footwear.

“Business is picking up,” Hendry said, noting she was ordering immediate deliveries as well as fall styles. “We decreased fall boots and bought much heavier into booties.”

Vendors including Tracy Negoshian, B the Collection and Pineapples offered colorful resort-oriented dresses and sportswear in a new shared showroom called “Scene Select.”

“All of us are friends from other markets, so we’re trying to build our presence here,” said Mallika Thomas, designer of Haute Latitude in Palm Beach, Fla.