Pink, boho, patchwork and sleeve details were the top trends at Moda, Fame, Edit and Stitch. 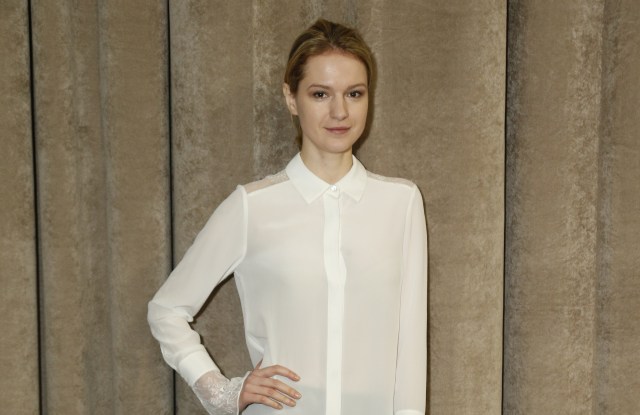 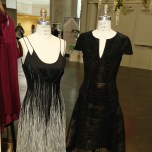 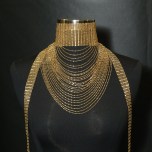 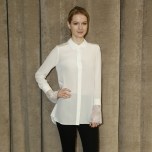 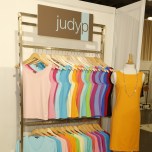 Pink, boho, patchwork and sleeve details were the popular trends at the recent Moda Manhattan, Fame, Stitch and Edit trade shows at the Jacob K. Javits Convention Center in Manhattan.

The trends at the show paralleled the ones ShopStyle said were most talked about on its influencer networks during and after New York Fashion Week last month. Edit targets the premium luxury market and its attendees were allowed access by special invitation. Stitch showcases accessible luxury brands. Moda represents lifestyle and contemporary brands, while Fame is targeting the junior and young contemporary lines.

Front and center this time around at Edit was Hammitt, which previously had a space that was further back. The line best known for its studded crossbody handbags was showing its second season’s footwear collection for fall, with shipments out starting in July. The footwear line is available in a small selection of doors and represents just 15 percent of the brand’s total distribution.

Tony Drockton, Hammitt’s chief executive officer, said his firm is profitable, and recently closed on a bank loan to help the firm expand. While handbags can run as high as $485 at retail for an embossed suede hobo, the shoes range from $165 for a pair of sandals to $250 or $325 for the shoes and boots. In addition to selling at boutiques, the brand also will be in 50 Dillard’s Department Store doors by the end of the second quarter.

Showing for the first time at Edit was Kimora Lee Simmons. Tabitha Sloane, the sales rep, said prices range from $695 to $1,500. The line features detailing such as a floral jacquard pattern on the sleeve of a kimono and laser cuts on leather. The brand has a freestanding store in Beverly Hills, but is sold mostly at high-end specialty doors or on the designer floor at department stores, Sloane said.

Jewelry line Auden also showed at Edit for the first time, although the line was launched at Bergdorf Goodman three years ago. According to Auden designer Bryce Castañeda, prices range from $168 to $1,200. Most of the pieces have a brass finish, and all are handmade in the U.S. It is available mostly at Bergdorf’s and at select Neiman Marcus doors.

Badgley Mischka, which recently relaunched after the founders and designers Mark Badgley and James Mischka acquired back the brand from Iconix Brand Group last year, were also showing at Edit for the first time. The sales rep, Karen Katzman, said that while the line doesn’t feature a lot of embellishments, the detailing that is used in the collection is subtle, such as ties that are elongated and detailing on the sleeves. Silk shirts range from $200 to $300. A 100 percent wool coat sells for $750 at retail. She said the line is mostly at specialty stores, although the brand is in talks with “bigger doors.”

New to the Stitch show in Manhattan is Judy P, a line best known for tops that feature double layers in the front. The line previously showed at the Moda show. Judy Petraitis, the brand’s owner, said the line has shown at Stitch show before, although that was in Las Vegas. She said she chose to move the brand to Stitch because it was more “upper end” in terms of buyer and store reach. While she was showing some offerings for fall, which had the deeper, rich teals and garnets, what was fun was seeing the brighter spring colors for immediate deliveries. New for the spring was a tunic offering, featuring a three-quarter sleeve length. She said traffic was good at the show, “with a lot of people walking around.”

At Jayley Collection, sales rep Matt Rowley was showing fur coats and vests, selling at wholesale price points between $100 and $130. He also showed many color options, such fur vests in different shades of blue.

At Moda, the brand Gabby Isabella was showing some relaxed, outerwear options that range from $45 to $105 wholesale, featuring fabric blends from natural fibers. Ellen Rappaport, the sales rep, said, “Traffic this year was excellent. It was a lot better than last February.” Some of coats featured animal prints.

Outerwear options were also featured at Dino Gaspari, a Montreal-based firm. Maryse Roye, the designer for the furrier, said the line is considered “bridge.” One item that caught the attention of attendees walking by was a pink cashmere cape, with dyed pink fur trim, that wholesaled for $175. While pink seems to be the hot color for spring, oxblood and bordeaux could be the variations for fall. She said other colors that are popular are different shades of blue, navy and indigo.

At Fame, Jake Lee, the sales rep for Sneak Peek, said, “Patches, straight legs and boyfriend jeans are popular in denim.” The younger consumer is also shopping for prairie-styled necklines on dresses, he said, noting also that lighter denim washes will be replaced by darker rinses for the fall line.

Fashion Fuse Inc.’s chief executive Rohit Nankani said florals are the big print designs for many of its tops and dresses, which are also available in plus sizes. Wholesale price points range from $12 to $33. He said a popular trend right now was the “boho hippie”style, featuring patchwork for something a little different this season.