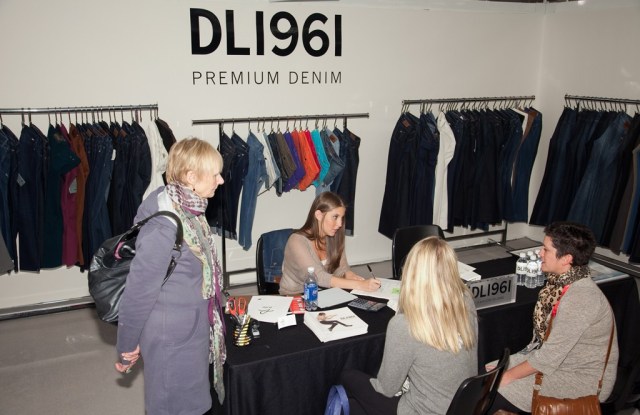 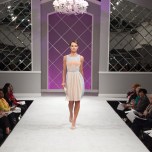 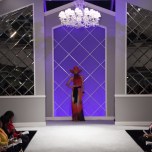 “Bright fresh colors for spring will be good,” said Lynda Parrilli, a buyer for AliKat, a women’s specialty store in west suburban Glen Ellyn. “By February, we’re all going to be ready for that.”

In turn, Parrilli and others from her store ordered brightly colored lightweight scarves from Tolani, maxi dresses and long skirts from Sanctuary and Quiksilver and applauded the cheery orange and coral hues that punctuated the spring market, which ran Oct. 22 to 25 at Chicago’s Merchandise Mart.

“Colored denim is huge,” she said, noting the popularity of red and bright blue denim this fall. “I feel that it’ll be a new trend, so it will bring people in and they can add that to their wardrobe.”

Hughes scouted the market, which also featured a children’s component called Kidz at Stylemax, for lines that girls, women or both could wear. She decided upon silky tops with suede ties from Ya, oversized sweaters and T-shirts from Wild Fox, and long skirts and structured dresses from BB Dakota.

“Moms who come in for their 7-year-olds will buy something for themselves if it’s a good price,” said Hughes, who opened the store in August.

Overall, the market, which is the Midwest’s largest women’s apparel trade show, appeared lively and proved fruitful for some vendors.

For David Dermer, chief executive officer for Funky Junque, it turned into the company’s best Stylemax yet.
“Traffic was steady,” he said, adding that the 10-year-old Northbrook, Ill.-based accessories company saw a 44 percent increase over last year’s spring Stylemax, with its winter scarves, hats, gloves and jewelry as the top sellers. In particular, demand was high for the line’s smartphone-friendly gloves, including fingerless and fold-over looks as well as those in which the tip of the finger allows touch-screen use. “We say, ‘stay warm and stay connected,’” Dermer said.

Although sales were down some in August compared to last year, recent orders for winter accessories along with a best-selling rhinestone wrap bracelet have boosted business, leading to a 3 percent increase from last year.

“You hate to be happy with 3 percent, but in this world today we’re pleased as punch,” he said.

Sales representatives from Adam made their first trip to Chicago’s Stylemax encountering so-so traffic until two of its dresses were featured in a Saturday night fashion show. The New York-based line enjoyed its best day Sunday with some 34 buyers, many citing the fashion show, making appointments by market’s end. The line picked up 30 new accounts, with retailers attracted to basics, as well as a sleeveless navy silk dress and a black leather and chiffon dress, both of which hit mid-calf.