Surviving 2009: A Look at Fashion’s Challenges and What’s Ahead

Turbulence in overseas markets, a designer shakeout and Michelle Obama’s wardrobe are hot topics for 2009. 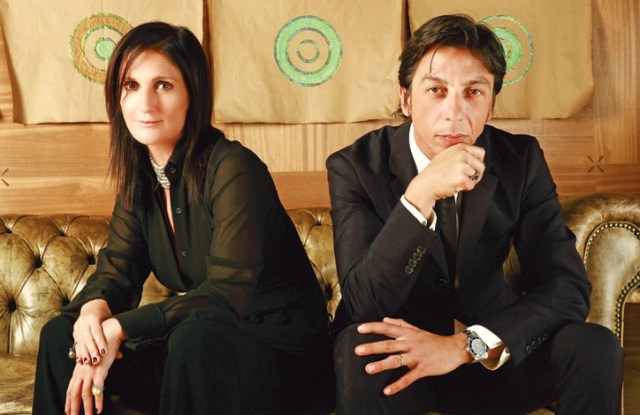 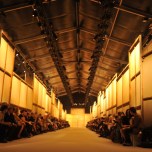 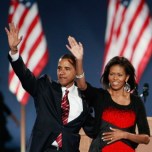 Turbulence in overseas markets, a designer shakeout and Michelle Obama’s wardrobe are hot topics for 2009.

This story first appeared in the December 2, 2008 issue of WWD. Subscribe Today.

In fashion, few things are as tricky as designer succession, and save for a few exceptions, first attempts have failed more frequently than not. In 2009, all eyes will be on Valentino’s new creative team of Maria Grazia Chiuri and Pier Paolo Piccioli, who will present their first runway outing for the house during the haute couture shows in Paris next month. The duo was previously in charge of designing Valentino’s accessories, and worked side by side with the namesake designer until his retirement last year. They succeeded Alessandra Facchinetti, who was abruptly dismissed in October after just two seasons.

Chiuri and Piccioli promise to evolve the brand from its original founder rather than completely transform it. In light of the global economic crisis, they could, however, face a few challenges in their quest to woo Valentino’s existing clientele, while bringing in new customers. That said, they have the support of Valentino himself. “They are two serious capable professionals that I had alongside me for many years,” Valentino said in October. “They always demonstrated an enormous respect and love for my work.”

China, the Middle East, Russia and India — in 2008, these markets presented much growth potential for luxury goods makers. But the recent global economic downturn; a precipitous decline in the price of oil, which is affecting oil-rich Arab countries as well as Russia, and last week’s terror attack in Mumbai could impact some of these companies’ expansion strategies. That said, experts see continued growth in many of these countries, particularly as an alternative to the sluggish U.S. market.

Jeffry Aronsson, co-founder of the Aronsson Group, said last month that China, the Middle East, Russia, India and Brazil continue to present opportunities. “The Middle East has always been there, and there it’s a question of access,” Aronsson noted. “It’s about either being sought out by a distributor there or by knowing whom to talk with to explore the potential there.”

Aronsson cautioned the recent drop in the price of oil could impact the markets, however. “It has to be impacting the spending,” he said.

Like no other fashion capital, New York has emerged as a hotbed of young talent, with increasing numbers of new designers vying to make their mark on the fashion scene in the past few years. But with Wall Street in trouble, major firms cutting back across the board, and private equity money less readily available, the impact is likely to be particularly felt by emerging designers. They often rely on investors and sponsorships to sustain their businesses, and several industry executives agree 2009 will be the year of survival of the fittest. The shakeout could well change the fashion landscape — and could impact anything from the number of designers starting their own businesses to the scale of runway shows.

“I can’t imagine a young designer successfully starting his or her own business independently in this climate and finding money,” said David Wolfe, creative director at The Doneger Group.

“I think we will start seeing presentations of things that will actually sell, instead of things just for entertainment, because it’s not going to seem entertaining anymore,” Wolfe added. “We are taking a giant step back into practicality and economic morality and, dare I say, common sense and good taste. I think it’s going to be a 50-50 split. The smart designers will understand that they will have to be hard-core commercial, yet there will be an element of escape and fun. I think most designers will show both sides of the coin. Solely to do one or the other will be a mistake. We don’t want them to look too boring or too frivolous.”

The Show Must Go On, Or Not

Given the economic fallout in recent months, it isn’t surprising that more New York-based designers are considering having presentations instead of runway shows in February to reduce expenses.

Vera Wang and J.Mendel are among the designers considering trying something new instead of a runway show. DKNY has already done so, planning a Feb. 13 presentation after last season’s anniversary runway show. Donna Karan is staging her Collection show on Feb. 16, which is a Monday, at 2 p.m., instead of the closing day of Friday, which has been her preferred slot for years. The move is meant to accommodate those attending London Fashion Week, according to a company spokeswoman.

The Fashion Calendar’s president, Ruth Finley, who schedules the time slots for the various runway shows and presentations, expects smaller presentations to be of greater significance in February. “There will definitely be more presentations rather than runway shows,” she predicted.

But the final tally is still weeks away. In fact, the first installment of the Fashion Calendar for New York Fashion Week in February will be mailed Dec. 19. Even though much of that first glimpse of the schedule is unsettled, Finley has heard from designers that there is concern about the expense of staging a show, or a presentation for that matter. “Initially, some of them thought it would be less expensive, but that depends where you do it. Of course, if you do a show in your showroom, you will save a lot of money,” she said. “If you do one on mannequins, that is cheaper, too, or if you use six models walking around instead of 20 girls on a runway.”

Presentations don’t necessarily mean scrimping, as proven by Marchesa and Philosophy di Alberta Ferretti, which have been known to pull out all the stops. And Marchesa isn’t about to knock a good thing. The company will be back at the Chelsea Art Museum on Feb. 18 at 4 p.m. Philosophy di Alberta Ferretti is tentatively planning a presentation for Feb. 17 at 7 p.m. at the Eyebeam Gallery.

On Jan. 20, the world’s attention will be directed toward Washington for Barack Obama’s inauguration. Naturally, in fashion circles, there has been heated speculation about Michelle Obama’s wardrobe choices for the event, both for the daytime ceremony and the evening’s ball — and the pre-buzz is already positioning them to become major fashion moments for 2009.

Much hope is pinned on Michelle Obama becoming a style icon not seen in the White House since the days of Jacqueline Kennedy. On the campaign trail and since, she’s shown loyalty to local Chicago designer Maria Pinto, but has also sported looks by the likes of Thakoon, J. Crew, Isabel Toledo and, for her husband’s victory speech on Election Night, Narciso Rodriguez. While a few of her fashion choices have been controversial, Obama overall has impressed most fashion observers for her choice of strong colors and simple, flattering silhouettes.

Bill Blass Hangs in the Balance

The brand and its ready-to-wear component, Bill Blass Couture, are currently for sale. But parent company NexCen Brands Inc. has yet to secure a buyer.

In October, Peter Som exited the company as creative director of women’s wear. At that time, sources close to the operation said the sale process had taken longer than expected, and as a result, some stores have decided to pass on spring orders. That could affect NexCen’s asking price, which is said to be in the $20 million range.

In addition, Bill Blass New York, the direct-sales apparel firm, has stopped taking orders and is liquidating. Earlier this year, the direct-to-consumer seller generated an estimated $1 million in revenues, according to sources. The operation typically offered four collections a year, with prices above bridge and below designer.