Hundreds of boys, ages 13 to 15 from low-income communities in New York’s five boroughs have headed to Camp Tommy in Fishkill, N.Y. 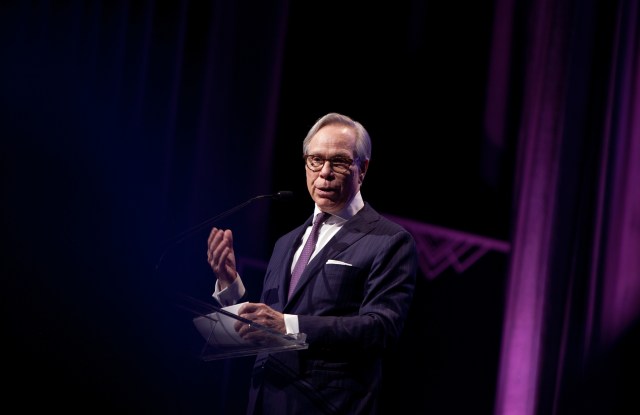 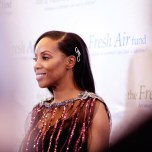 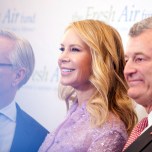 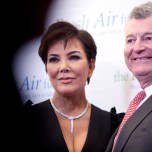 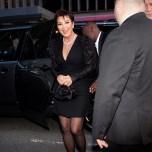 When school lets out for the summer, hundreds of boys ages 13 to 15 from low-income communities in New York’s five boroughs head to Camp Tommy for sports, camp fires, hikes, nature, outdoor adventures and to learn life and leadership skills.

On Wednesday night, The Fresh Air Fund honored Tommy Hilfiger for the 20th anniversary of Camp Tommy. The event, held at the Ziegfeld Ballroom in New York, attracted more than 600 people including Leonard and Judy Lauder, Dee Ocleppo, Kris Jenner, Corey Gamble, June Ambrose, Emanuel Chirico, Georgina Bloomberg, Bart Oates, Howard Cross and a host of boys who have benefited from the Camp Tommy experience. Gayle King was the master of ceremonies.

Throughout its 20-year history, many of the 10,000 young men who have attended Camp Tommy have had “transformative experiences,” a description that came up many times throughout the evening. Camp Tommy is located on 2,000 acres in Fishkill, N.Y.

Hilfiger said when he visited Camp Tommy last summer he could see the “sparkle and light” in the young people’s eyes. “Giving back has always been fundamental to me,” Hilfiger said. He said creating this camp was one of his proudest achievements. “Thank you for making me feel like a hero,” he told the packed room, before heading out that night for a flight to Europe for an amfAR gala in Cap d’Antibes, France, and the Monaco Grand Prix.

Earlier in the evening, Hilfiger told WWD about the first time he went to sleep-away camp, and even back then showed signs of being a budding entrepreneur. “I sold saltwater taffy and earned my way to Camp Iroquois for one week. I loved it,” he said.

Iman, dressed in a leather blazer and striped sweater from Tommy x Zendaya, presented Hilfiger with his award. She has known the designer for more than 25 years and recalled an ad campaign she did with her late husband, David Bowie, for Hilfiger’s brand. “He’s mentored me and helped me with my 18-year-old daughter,” Iman said. Noting how Camp Tommy has evolved to promote leadership and encourage team building, literacy, career skills, computer programming and music, Iman said, “You have made an impact on so many young people.”

King, who added a high-energy presence to the event, said she had been up since 3:22 a.m., as the host of “CBS This Morning.” She’s normally having dinner at 4:07 p.m. and her Wednesday night routine is catching up on “Black-ish” or “Modern Family.” But when both June Ambrose and Hilfiger asked her to be the master of ceremonies, “How do you say no? You don’t.”

King spoke about one young woman in the audience, Kayla Paulino, who started camp at 11 years old and is going to be an assistant director at a new Fresh Air Fund camp, Camp Junior at Harriman State Park in New York. (The camp is named in memory of Lesandro “Junior” Guzman-Feliz, a 15-year-old boy killed last June in the Bronx, N.Y.) Kayla told King that when she first got to camp, they had fireworks “and she felt they had done it just for me. It was magical.” From her Fresh Air Fund experience, Kayla said, “I was more of a go-getter and ready to take charge.”

King then pointed out two boys, Roger and Finn, who are now 20 and 18. They first went to camp when they were seven and nine, “and you just want a kid to play with.” They are still friends today. “The Fresh Air [Fund] brings people together for a summer that can last a lifetime,” King said.

One Camp Tommy alumni, Omarr Henry, who’s now a talent booker at Complex Networks, was raised in the South Bronx, N.Y., where there was violence on the streets. When he was 10 years old, his mother packed him off for camp. “It was a nice escape and way to breath freely,” he said, noting that it taught him valuable life lessons and helped him grow and establish faith in himself.

Another alum, Kenneth Reed, who’s now a licensed social worker, grew up in the Bedford Stuyvesant section in Brooklyn. “The idea of going to an all-boys camp  was not exactly ideal,” he said, when he was first presented with the idea. But within a few days, he learned he could “survive and thrive in this environment.” He said each of the boys in his bunk was afraid of the dark, “and we developed a comfort together.” They ate family-style dinners, went on hikes “and we became brothers and understood what brothers looked like….I was shown how to become a man. Camp Tommy gave us a chance to be something larger than myself. It gave me the motivation to become a youth development officer. For that support, I am eternally grateful.”

One young man, Evan, described being a counselor in training last summer and a host for Camp Tommy, when Hilfiger put on a fashion show at the camp. “I felt like I was in a dream doing a fashion show,” Evan said. He said Hilfiger, who was in attendance, told him about following one’s path. After graduating from Medgar Evers High School in a few weeks, he will join the Marines.

William Lauder, chairman of The Fresh Air Fund, told the crowd that camp was always a big part of his life. “I learned things at camp I couldn’t learn anywhere else. You learn you can make it even if your parents aren’t there.”

His father, Leonard Lauder, was in the audience and said what brought him to the event was the work his son William has done for The Fresh Air Fund. “He’s done great things with it, and I’m really proud of him. He takes kids from disadvantaged neighborhoods into the country for fresh air and introduces them to another life, Lauder said.

The event, which was capped off with s’mores for dessert, raised close to $1.9 million.

Chirico, chairman and chief executive officer of PVH Corp., parent company of Tommy Hilfiger, who just revealed his heir apparent, Stefan Larsson, said he was happy to support Camp Tommy. “Everything that’s important to Tommy is important to us,” Chirico said. “He [Tommy] has been involved for over 20 years and it’s one of our key charities.”