Traffic Down 33 Percent at Première Classe

Buyer cancellations linked to the coronavirus epidemic led to a decrease in attendance levels, even if the global number of international visitors remained higher.

PARIS — Operating under the shadow of the coronavirus epidemic, the recently wrapped Première Classe trade show was hit by a 33 percent drop in visitors, year-over-year, as brands and retailers brace themselves for a challenging season. But the brands still managed to do good business.

That was the message from Frédéric Maus, chief executive officer of parent company WSN Developpement, who is not taking the crisis lying down. “I’m not saying it was the best edition of their lives, but it allows brands to maintain a certain level of activity and it underscores the raison d’être of the trade show,” he said, adding that, as part of the behind-the-scenes preparations, the team in 2019 traveled to 15 European cities to seek out new retailers, visiting between 100 and 200 stores per city.

“Now we are seeing the results, with a marked growth in our retailer base, both for Who’s Next and Première Classe, despite the current events,” he said. “We are going to continue to explore ways of extending the trade show experience throughout the year.”

The September edition of Who’s Next will see the integration of Traffic, the trade show dedicated to fashion business services organized by the Fédération Française du Prêt à Porter Féminin, said Maus, creating “a one-of-a-kind event.” “It’s about providing tools for navigating the industry in the months and years to come,” he said.

Despite the context, the number of international visitors attending Première Classe remained higher overall, organizers said, led by Japan, which represented 8 percent of the total visitors; followed by Italy, at 6 percent; and the U.S., at 4 percent.

Geoffrey Moreels, creative director of Belgian headwear brand My Bob, Use Your Head!, said business was a lot slower, and the show felt “very empty.”

“I can see it from here. I’m in front of the restaurant, and I can see if there’s a queue or not,” he said. “My Chinese customers are all asking me to send them line sheets. Finding new customers is more difficult.”

Browsing new French bag brand Phi 1.618’s sculptural collection, Michelle Ye, creative director of Chinese lifestyle brand Maison Covet, said her buying teams had not traveled to France. “I have been out of the country for a while. We still need to keep buying,” she said.

Seventy out of the fair’s 440 exhibitors were dedicated to ready-to-wear, with 60 brands grouped in Impact, the space dedicated to sustainable brands. But in an exciting season for accessories, buyers bemoaned a lack of compelling exhibitors.

For Keiko Izumi, women’s buyer at United Arrows, “There were no new finds.” In terms of bag trends for fall 2020, classic styles with embossing treatments were prevalent, along with soft leather clutch-style pouches with padding and quilting details. For jewelry, it’s all about “gold mixed with pearls in all variety of ways,” she said, citing sterling silver among the season’s other key materials.

“This season was a strong season for accessories on the catwalk, including bags and jewelry, so it will be strong for the business, too,” said Jennifer Cuvillier, style director at Le Bon Marché, for whom the novelty also came more from the products, and “not so much from new brands.” She stuck close to reliable partners, like Parisian handbag brand Herbert Frère Sœur, and local jewelry brands Imaï, Medecine Douce and 5 Octobre. Among the driving trends were “earrings mixed with all kind of pearls and with a Seventies spirit.”

Buyers were keeping a tight rein on budgets. “For the general mood, of course, it was a very difficult Paris Fashion Week. Like many buyers, we only opened a few new accounts as it is no time for taking risks. We will have a very difficult spring-summer 2020 season ahead of us,” commented Régis Pennel, founder of L’Exception, who observed “a lot of technical fabrics and alternatives to leather,” including the use of hard-wearing PVC at Cahu, and puffer bags at Jack Gomme Paris. The local manufacturing movement, “especially Made in France,” is still going strong, added Pennel. His noteworthy newcomers included Léage Paris, whose bags have “outstanding quality.”

“We saw brands innovating with new ways to catch the eye,” he continued, citing Paris-based leather goods brand Domestique Paris’ use of laser engraving to create personalized products and animations in pop-up stores as well as Amédée Paris’ new collection of sustainable, connected merino scarves featuring maps of emerging neighborhoods in cities around the world. Consumers can scan the scarves and access special augmented reality content such as videos of the neighborhoods, musical playlists and recommendations for restaurants. The raw material is 100 percent traceable, using blockchain technology. 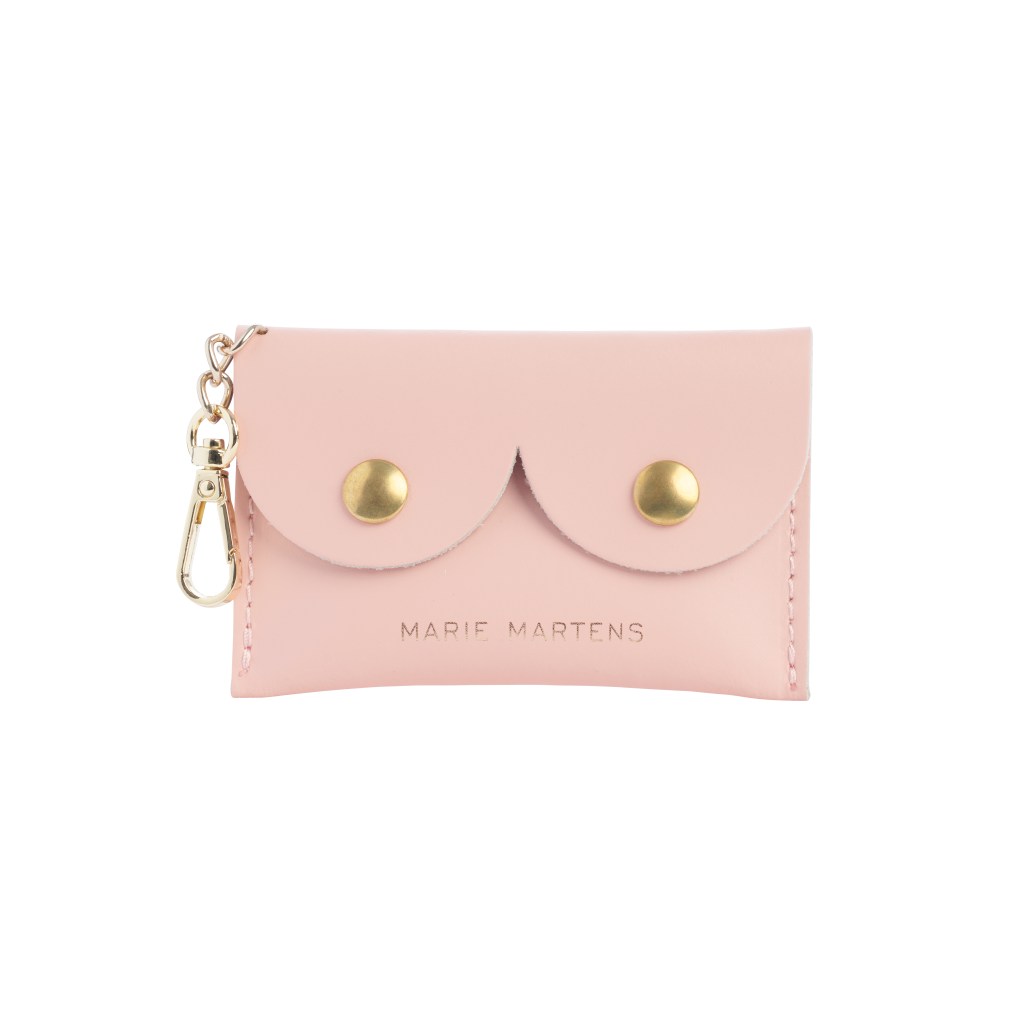 “Of course, one of the strongest trends is sustainability,” concluded Pennel whose favorites from the show’s sustainable space, Impact, grouping around 20 brands, included Marie Martens’ “boob pouches,” with proceeds going to breast cancer research. “Giving a meaning to the product is also a new way to communicate for brands,” he said.

Some highlights from the show: 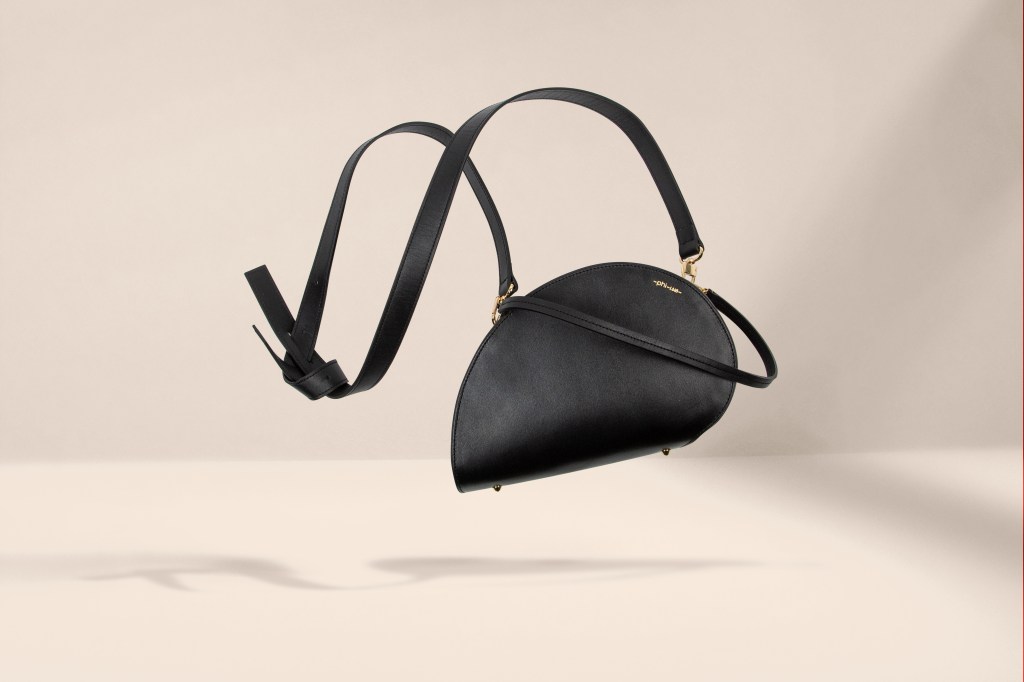 Brand: Phi 1.618
Designer: Juliette Angeletti
Background: The French designer based her fledgling leather goods brand on the concept of the golden ratio, “the perfect proportions” found in everything from seashells to the Pyramids. “For our eyes, they represent the ideal proportions as we’re so used to seeing them in nature,” said the designer, who works with sustainable calf leather, using leftovers from luxury French brands. The belts come in the form of knots based on the Greek letter Phi.
Retail prices: $970 to $1,600 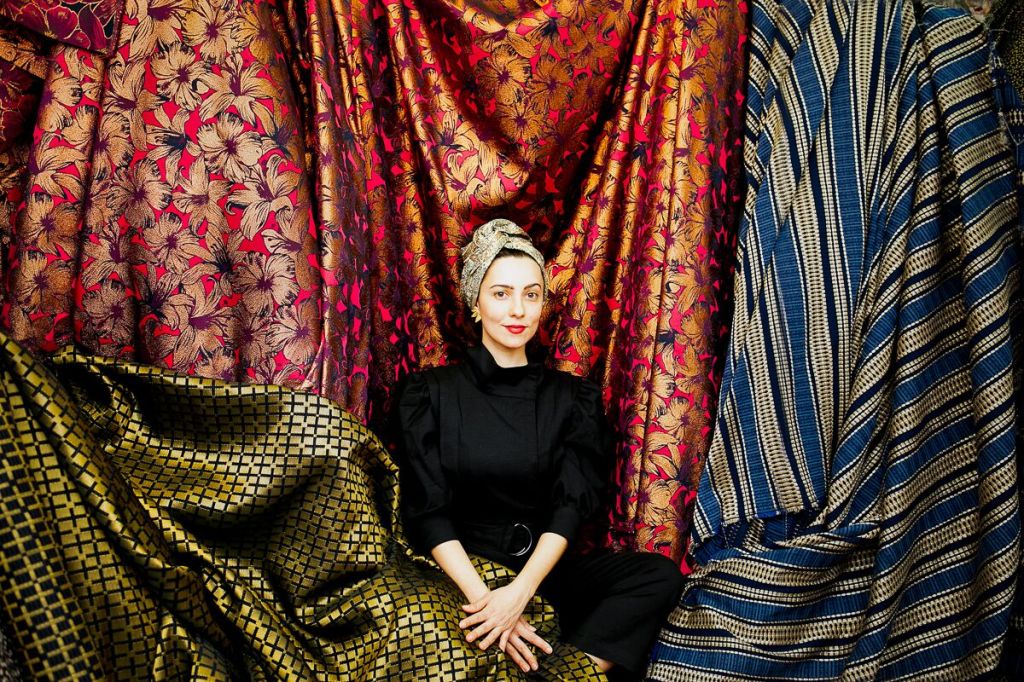 Brand: Paloma Germain
Designer: Paloma Germain
Background: “All my turbans are feminine crowns, it’s all about giving women a sense of confidence,” said Paloma Germain, founder of the Paris-based turban brand, which presented in the show’s Face to Face pop-up store, with a mood channeling Sophia Loren or Carmen Miranda. Bestsellers included a gold Lurex style and turbans made from recycled Hermès tie silks, recuperated couture fabrics and silk gauze typically used for hats. The emerging talent featured in a pop-up in one of the Paris stores of & Other Stories in 2019.
Retail prices: $60 to $90 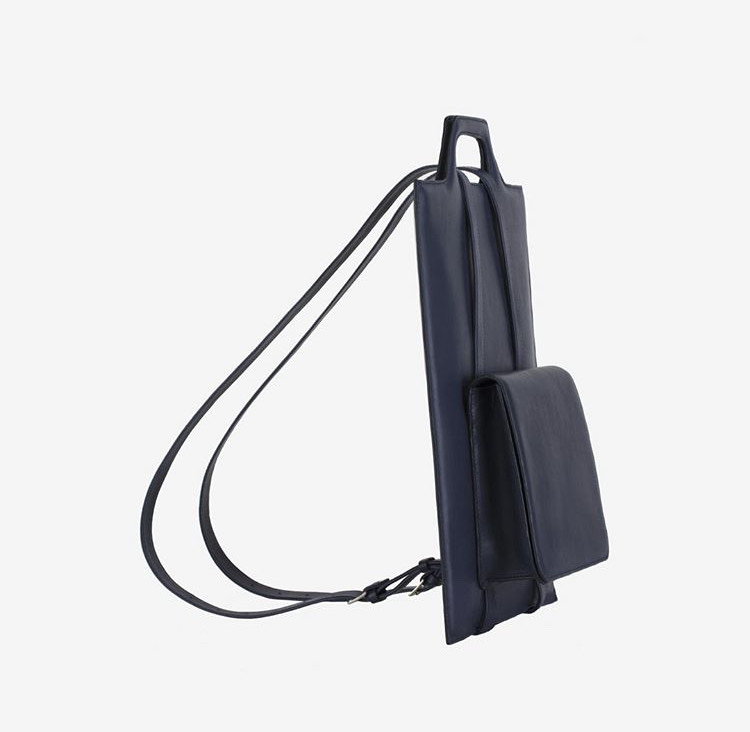 Brand: Léage Paris
Designer: Pauline Léage
Background: The leather goods newcomer harnesses “hours of research” spent analyzing computers, smartphones, and other essentials to obtain a balance between design, functionality, and comfort. Founder Pauline Léage lives between Paris and Saigon and has French, Algerian, and Chinese heritage. She has worked for brands including Acne Studios and Chanel.
Retail prices: $90 to $500 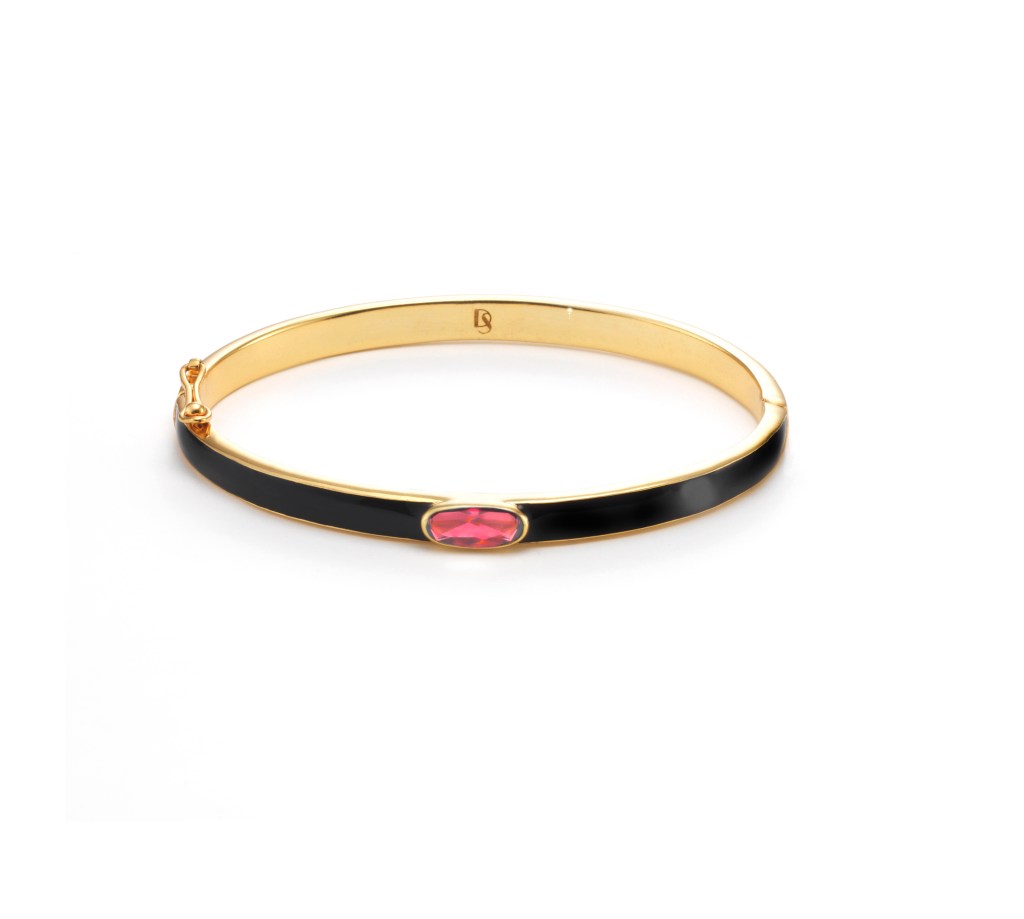 Brand: Dorothée Sausset
Designer: Dorothée Sausset
Background: “I wanted to make jewelry that connects the body and soul,” said self-taught jewelry designer Dorothée Sausset, who produces her holistic jewelry collections in Jaipur, where she is based, using a mix of semi-precious stones, plated gold and silver and enamel. Themes include the 5 Elements, where each stone corresponds to the color of a chakra, and Thali, based on the Indian pendant traditionally offered by a groom to his bride as a token of love, respect and harmony. The brand will have its own dedicated window in the La Samaritaine Pont Neuf department store when it opens in late April, the designer said.
Retail prices: $50 to $670 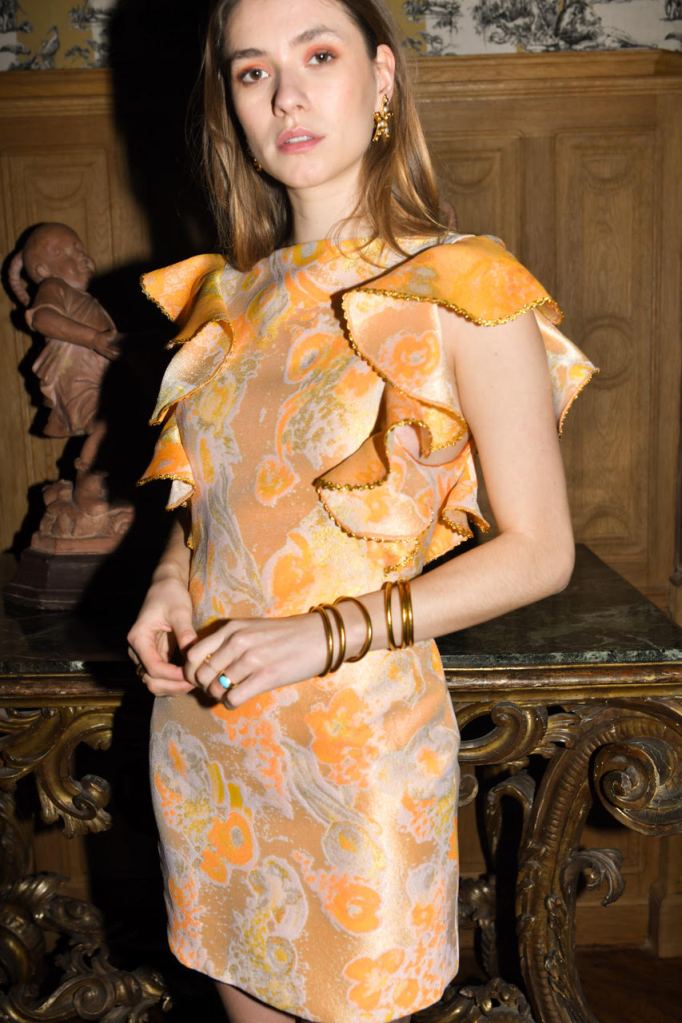 A look by The Ethiquette.  Courtesy

Brand: The Ethiquette
Designer: Alexia Hanemian
Background: Presenting in the show’s sustainable area, Impact, and billed as an “eco-responsible couture brand,” The Ethiquette grew out of the sharing economy movement and is based on a membership concept where members can rent between four and 16 looks a year. They can choose from a capsule of unique creations produced in a Paris atelier, made from recycled embroideries from Indian saris and couture deadstock. Partners include the tweed specialist Malhia Kent and lacemaker Sophie Hallette. The brand counts 20 members since launching in September. “People are fed up with fast fashion and mass consumption, with everyone wearing the same outfits,” said Alexia Hanemian. “The idea is to use recuperated materials but make it glamorous and beautiful.” The brand also introduced a line of capes made from leftovers from the couture collection.
Retail prices: Membership costs from $1,250 to $3,900 a year. The capes retail from $670 to $1,000. 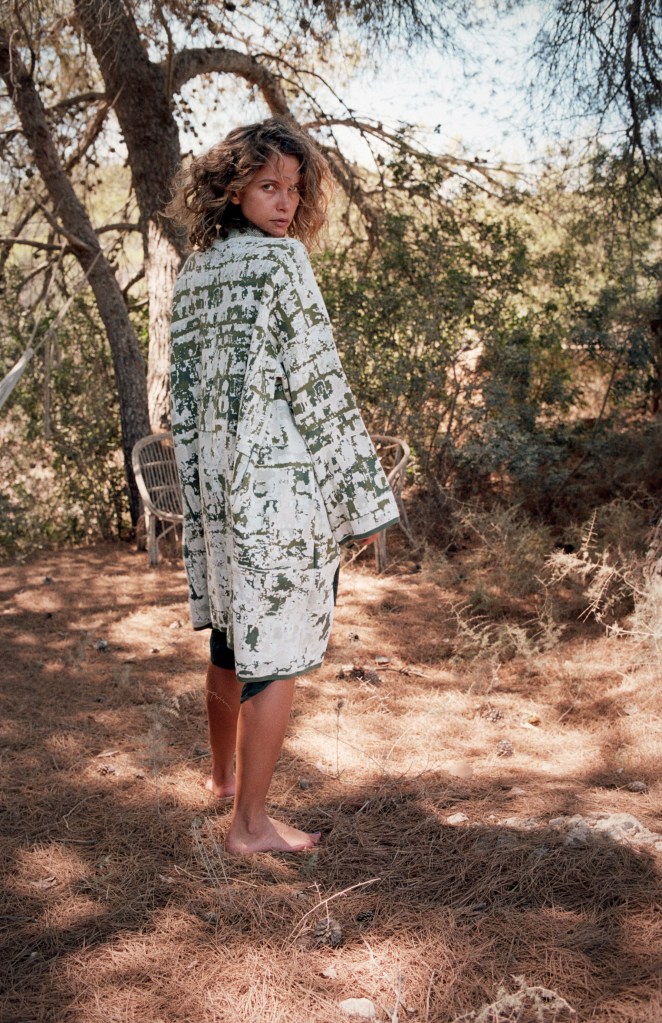 Background: The Paris-based, Russian-born former architect presented a capsule of reversible cotton jacquard caftans, or “cocoons,” to wrap up in, worked in digital prints inspired by Moroccan carpets.