By Rachel Brown and Fatima Rizwan on December 12, 2012
View Slideshow 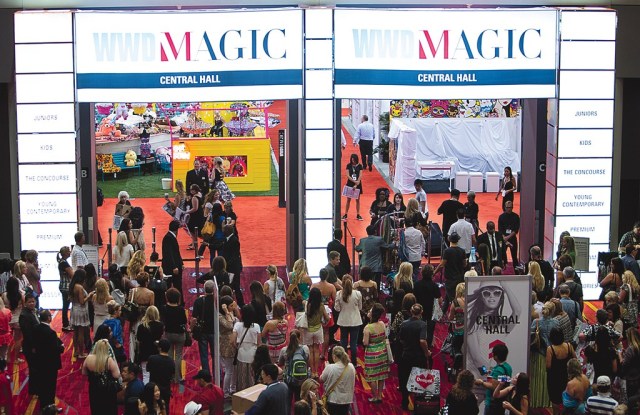 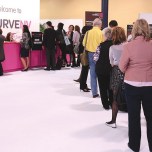 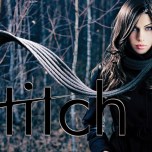 With the uneven economy putting pressure on retailers’ budgets and schedules, it’s not enough to throw brands together and hope buyers will turn up at trade shows. Advanstar Global LLC — owner of MAGIC, WWDMAGIC, Project, Pool, FN Platform, Sourcing and ENK, which it acquired last month — and Business Journals Inc. — owner of AccessoriesTheShow, MRket and Stitch, formerly known as Moda Las Vegas — are keenly aware of that and are refining their messages and the selections of brands at their trade shows to insure buyers understand their role in satisfying specific merchandise needs.

“You can go to MAGIC market week and pretty much shop every price point and category in the contemporary space,” he said. “Within that market week, we have our trade shows. Each individual show, you should know what that show stands for, who is the retailer and who is the exhibitor. How we do everything around that is targeted and segmented just as if you are a media company and you have different media properties for different audiences.”

Among its many moves to appropriately segment the shows, Advanstar is relocating Pool from the convention center at the Mandalay Bay Hotel & Casino to the Las Vegas Convention Center alongside WWDMAGIC. Since Pool primarily contains women’s brands, Florio felt the convention center was a better fit.

“It will still be quirky and artisan, but we know what makes that show successful is retailers who buy women’s wear,” he said.

Project will remain the main attraction at Mandalay Bay, but is undergoing a number of changes as well. One of them is the introduction of a 70,000-square-foot section called Project Mvment to replace the action sports-dedicated Street and S.L.A.T.E.

“It is a new, modern approach to represent the youth culture that is being translated in the world of skate and urban, and is now finding its way into young men’s clothing,” said Florio.

Also coming to Project is The Tents, which will spotlight elevated men’s and dual-gender brands in 25,000 square feet with its own entrance at Mandalay Bay.

“It is about a highly curated selection of brands that are related to each by their innovation and artistic approach to fashion,” said Florio.

Advanstar has tapped the expertise of Tommy Fazio, the former men’s trend director at Nordstrom Inc. who was appointed president of its Project and Menswear shows earlier this year. Florio said Fazio “is a creative guy, not a sales and marketing guy. The fact that we have a creative guy here is going to enable us to be able to interact with the men’s fashion industry” with a fresh approach.

Business Journals Inc. has rebranded Moda Las Vegas as Stitch. Previously, Moda Las Vegas concentrated on women’s special occasion dressing, but Britton Jones, president and ceo of Business Journals Inc., said the show expanded to cover “lifestyle, sportswear, better contemporary and a very strong showing of international brands,” and was calling out for a name that reflected its expansion.

“The resources on the floor and the staging of the show bares little resemblance to the show that launched as Moda Las Vegas,” Jones said. “We wanted to rebrand it and give it a new name to build excitement around the fact that it has gone through such a huge transformation.”

Jones noted that Business Journals is cultivating a luxury aesthetic at Stitch, with fresh taupe carpeting and revamped lighting at booths made out of white metal. New brands exhibiting at Stitch include Pologeorgis, Christy Brothers, Musi Furs and Komarov Black Label. At another Business Journal Inc. trade show, AccessoriesTheShow, three new brands are Botkier, Oka b. and L’indochineur.

At MRket, the firm’s men’s wear trade show, the Vanguards Gallery featuring up-and-coming designers, will return with 15 new brands curated by Michael Macko, formerly the fashion director at Details magazine and vice president of fashion, public relations and special events for men’s and home at Saks Fifth Avenue. A Made in Italy section is going to be enlarged as well.

Advanstar and Business Journals declared the early response to the trade show modifications has been positive. Florio said exhibitor registration at Advanstar shows, including Sourcing, FN Platform and WWDMAGIC, has notched double-digit growth. “The square footage is up. We are bringing new exhibitors to the show. I think that this show is an important show for us,” he said. “Right now, we are all pretty optimistic.”

Jones said Stitch would be 22 percent bigger than its prior iteration in February as Moda Las Vegas. He forecast that exhibitor attendance at AccessoriesTheShow would climb 6.5 percent and MRket, which has little room to squeeze additional exhibitors, would see its exhibitor registration increase 1 percent. “All three shows will be sold out,” he said.

Other Las Vegas trade show managers expect their exhibitions to be strong in February, too.

Edina Sultanik Silver, cofounder of Capsule, anticipated that 225 to 250 vendors would participate in the trade show with directional, independent designers that will take place Feb. 19 and 20 at the Sands Expo Convention Center.

“There have been a lot of international applications,” Silver said. “We’ve been getting more Europeans and Japanese. Each application is carefully considered and a panel of judges decides who would make the most sense.”

Silver pointed out that Capsule’s women’s offerings would increase at its February edition.

Pierre Nicolas Hurstel, vice president of CurveNV, the lingerie and swimwear show being held at The Venetian Las Vegas Casino, Hotel & Resort on Feb. 18 and 19, said the show has been growing 20 percent annually every year since 2007 and predicted that growth would continue. He remarked that sleepwear would have a particularly healthy presence at the show.

“There are new brands emerging all the time and Curve is the best at getting those new brands,” said Hurstel. “We are here to be the business partner of the brand. Yes, there is the fashion aspect, but on the business side, we need to make sure the brand is ready. The U.S. brands usually are ready, the international brands sometimes are not.”

Stephen Krogulski, ceo of the OffPrice Show, estimated it will draw more than 500 exhibitors in February, when it will run for four days starting on Feb. 17 at the Sands Expo, up from around 480 a year ago.

Exhibitor space at Women’s Wear in Nevada, set for Feb. 18 to 21 at the Rio Las Vegas Hotel & Casino and boasting some 2,000 traditional, contemporary, misses’, petite, plus and tall apparel lines, is already sold out, according to Jeff Yunis, WWIN’s president.

Yunis said, “We’re keeping it tight. We’re not growing and there are fewer stores, less buyers. To put in more exhibitors would be unfair.…It’s tight to make sure the match between the buyer and seller is successful. It’s a nice position to be in.”