Vendors are considering all options for how to improve their business models and meet new challenges. 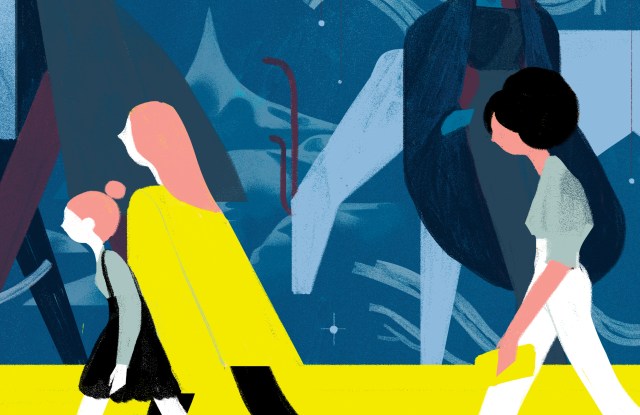 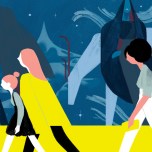 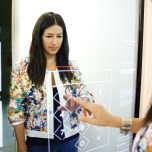 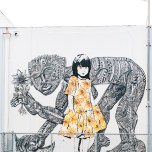 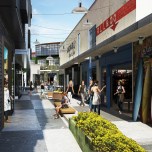 This story first appeared in the March 2, 2016 issue of WWD. Subscribe Today.

That seems to be the general theme these days as the seismic shifts in the industry resulting from a confluence of factors — from unseasonably warm weather and a preference for online shopping to an overall more frugal consumer and a shift to spending on experiences over “things” — are forcing retailers and vendors to transform themselves.

Their strategies began to emerge last week as retailers started to report fourth-quarter and year-end numbers. For example, Macy’s Inc. is rethinking its real estate offerings; Sears Holdings Corp. vowed to reposition its apparel business while also focusing on e-commerce; Wal-Mart Stores Inc., which posted weak quarterly results, is also chasing Amazon.com; Kohl’s Corp. said it planned to close 18 stores, and Nordstrom Inc. was forced to drop prices, a rare move for the company, which also added fuel to an already promotional environment.

There are other issues as well, which results in the apparel and retail sectors being at a new crossroads. There has been a democratization of the shopping world with more options than ever before — from mass brands to fast fashion to high-end designers — and often a shopper who buys, or at least compares, across all three channels. The move has been accelerated by the growth of online shopping, with the ability to shop a site across an ocean from one’s own home, or buying a needed item in the office from a site that provides same-day delivery at home later that night.

Moreover, the forces behind these shifts don’t appear to be going away anytime soon.

VF Corp.’s chief executive officer Eric Wiseman said last month when the company posted fourth-quarter results that there’s “really good visibility for the first half,” and only partial visibility for the second half. Given that the fourth quarter just ended was “inconsistently low versus the last three or four years,” Wiseman said planning for 2016’s fourth quarter is a “leap of faith,” noting that ultimately it might not be a great quarter but that it should be better than the one ended because of weak year-ago comparisons.

Gary Wassner, ceo at factoring firm Hilldun Corp., said the retail malaise could “continue for the rest of this year. It could go into next year. This involves a sea change in our attitude towards buying and selling.

“I’m having discussions every day with multiple vendors who are confused about what’s going on. Retailers are confused too….We as an industry have created this consumer mess and reluctance for the consumer to buy. This isn’t an economic issue, it’s not that the consumer doesn’t have the money to buy,” he said.

Wassner said there’s “no direction by either the brands or the retailers on what to buy, where to buy it and when to buy it.” He explained that with so many options, and price differences from one shopping channel to another for the same item, consumers don’t know if they should buy now or wait until there’s a promotion two weeks later. He also said there’s a trend in wear-now apparel, but retailers haven’t changed their delivery dates.

“The retailers are still shipping June and July for fall, and shipping now for spring,” Wassner said. “The brands aren’t providing wear-now products either. Many have to change their business models. One huge change is fabric. Most of what’s out there is not seasonal, and many brands have to examine their fabric choices and consider year-round options. It’s a reflection of how much more casual we’ve become.”

J. Michael Stanley, managing director and head of Rosenthal & Rosenthal Inc.’s factoring division, said, “This sort of anemic environment that we’re currently in could go on for quite some time.”

Andrew Jassin, managing director at Jassin Consulting Group, said many brands have been thinking about distribution channels other than the department stores for some time now. “Off-pricers such as TJX Cos. Inc. or Saks Off 5th are doing well — and every brand owner wants to be able to sell them goods — because whatever price is negotiated is the final price. There are no chargebacks or markdown money requests.”

He said brands are essentially selling product to off-prices that’s similar to what they’re selling in the department store channel, but they’ll take their “best-selling style and use a different textile, change a stylistic feature or go to an alternative place for production.”

On top of that, brands are increasingly taking their destinies into their own hands by shifting their businesses more to a retailer rather than a wholesale model.

According to Rosenthal’s Stanley, “Things are moving very rapidly, this changing paradigm as to how consumers buy what they like and what they don’t like. In the past it took a long time for things to change and now as consumers become more technologically savvier faster, it can be harder for companies to catch up.”

As for operations, the factor said brands that have their own retail stores and sell to department stores could be more knowledgeable about the sales data in their own stores. “That way when the retailer comes back for markdown money, they can argue with them and say, ‘Our store data shows product A selling-through and not being marked down compared with your sales data for product A.’ It’s one way for brands to be very in tune with analyzing their own sales data so they can debate the retailers who want markdown relief.”

He said that brands can be more proactive in how they work with their consumer base. One example he noted is Rebecca Minkoff, which has been experimenting with technology and testing other ideas.

Minkoff has used shoppable digital storefronts, as well as included oversize screens in her stores that allow consumers to browse merchandise and request certain sizes for trying on in fitting rooms. Last month at New York Fashion Week, the designer reserved space at her spring runway show for 150 of her top consumers. Some pieces shown are currently available in the stores, helping to spark the whole show-now-buy-now-wear-now debate that has dominated the fashion discussion in New York, London, Milan and Paris.

Stuart Goldblatt, president and chief operating officer of Bill Blass, spent 35 years as an executive at Macy’s, most recently as executive vice president of merchandising, private brands, before joining Blass to re-launch the brand. While department stores will play a key role for the brand, it’s also at online sites such as Orchard Mile, Spring and soon Lyst. Goldblatt said each one was chosen because of the mix of “neighbors and friends” on the respective site.

Jack Gross, ceo of One Jeanswear, a sportswear resource and one of the licensees for the Jessica Simpson and Justin Timberlake brands, said, “Stores have been scaling back on inventory and we want to be able to chase opportunities. We’ve been focusing internally on the online presence of a brand as it relates to the retail partner’s site. We’re also creating an aggressive speed-to-market team, which has become more important as retailers are holding back their receives to turn faster. This will allow us to get back into the retailer in quick time rather than [us] holding large amounts of inventory. It’s less expensive for me to chase opportunities and air the merchandise in than to hold inventory and then have to close out the excess.”

Gross said he also will be to ship retail orders directly to consumers from his firm’s facility by the back half of this year.

Vendors are looking at everything to figure out how to improve what they do. VF’s Wiseman said his company is analyzing consumer shopping behavior in the different operating regions to gauge where the behavior is headed over the next five to ten years.

“We are looking at where they are going to live and why they are living there, the importance of omnichannel and how important is [the expectation of same or] next-day delivery,” the ceo said. Information learned from the analysis will help VF formulate its five-year strategic plan.

David Fishbein, a principal at Runyon Group, a real estate firm based in Los Angeles and New York, has seen a change in how some firms are determining where their stores should be. Runyon is a full-service firm helping clients find the right store sites, as well as owning and managing real estate projects. Their first big development is Platform at the Hayden Tract in Culver City, set to open later this month.

Platform, a development in the arty community that was once home to automobile dealerships, will have as part of its tenant-mix lifestyle specialty apparel retailer Curve; British home designer Tom Dixon opening his first U.S. lifestyle flagship; Soulcycle, and fashion brand Velvet by Graham & Spencer.

According to Fishbein, “What’s most interesting in the last three or four years is that the specialty merchants and designers have been going to high streets and unique areas such as NoLIta in New York or Abbot Kinney in Venice, Calif. We’re starting to see brands now becoming more interested in the idea of becoming part of a larger mixed-use vision, seeing the value of one master curator bringing the pieces together, signing a lease and then not having to see that vision shift for the next few years.” He explained that when brands lease spaces in an area comprising multiple landlords, there’s a greater risk that one or more landlords can easily upend the retail matrix that was initially attractive by changing the tenancies.