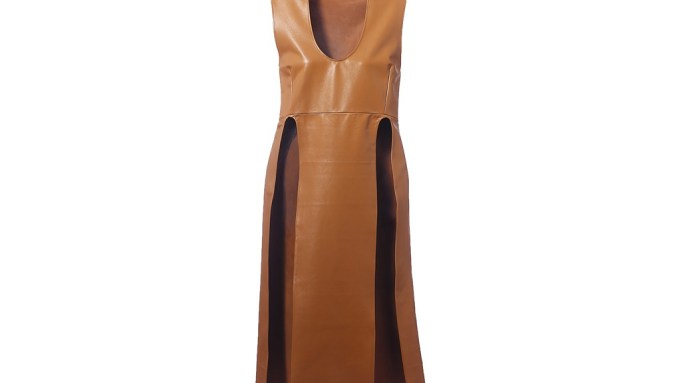 NEW YORK — Ushering in novelty and freshness — while ramping up the still-hot activewear category — is the focus of the Coterie trade show opening today for a three-day run at the Jacob K. Javits Convention Center here.

First-time exhibitors at the three-day trade show include brands such as Steve J and Yoni P, Paul & Joe, Native Stranger and Grace MMXIII, in addition to some more established names like L’Agence, Escada Sport and WeSC.

“We always highlight the new exhibitors so they get a little bit more attention,” said Tom Nastos, president of ENK International, which organizes the show. “For them, it’s a new experience and we want them to be successful.”

In addition, a “concierge” of sorts — though Joanne Mohr, ENK’s executive vice president, said they aren’t quite set on that title — has been hired to assist the show’s vendors.

“What [the concierge] is doing is analyzing the collections, really looking at them and looking at where they need to be placed in the stores,” Mohr said. “It’s about helping brands reach out to retailers and really trying to get retailers excited about the collections. That’s been a big initiative for us. It’s more than just throwing collections on a rack. Presentation is everything and the concierge helps to try to guide the vendors through.”

The timing of the show, which starts a mere four days after the conclusion of New York Fashion Week, should guarantee steady foot traffic from domestic and international buyers, according to Nastos.

“Coterie is really the first contemporary women’s show in the fashion cycle right after NYFW, and I think we’re positioned perfectly,” he said. “We have over 20 brands coming from Australia and almost 15 coming from [South] Korea…We’ve always been an international show, but we see that increasing further.”

Activewear is still on the rise — there is a section at the show wholly devoted to the category — and brands are also expected to present activewear within their own spaces. Noteworthy activewear lines this season include Rebecca Minkoff, who will launch an ath-leisure line this spring, as well as Splits 59 and the London-based line Hey Jo, a first-time exhibitor known for its colorful performance leggings.

Another newcomer to the space is Koral Activewear, overseen in part by Marcelo Kugel, chief marketing officer of the brand, and his sister Ilana, the brand’s designer and creative director. It’s a newer category under the umbrella of Koral Los Angeles, the Vernon, Calif.-based denim label launched by Peter Koral three years ago.

“We first concentrate on the fabrics,” said Koral of the performance pieces, which he described as having a sexy, Brazilian flair. “They’re as good as anything you can find, and now we’re evolving into a workout line, which we established last year…The denim business got hit so hard with all this activewear. What do you wear before you go to work out, after you work out? Girls go to the gym and then they’ll put a shirt on over their leggings. It’s become a very important area in our opinion; that idea of leisurewear. Everyone is loving it. We’re a little bit more elevated — higher than Lululemon, but it’s affordable.”

Elsewhere, in the denim market, jogger styles do not appear to be going out of style, particularly at Mavi, which has been showing at Coterie since 1996. For fall, the Turkish denim brand plans to launch its sportswear collection, already available throughout Europe, in the U.S.

“We’re also introducing a luxe sporty category, which includes a premium jogger fabric with performance qualities,” said Ardie Ulukaya, senior vice president of the brand. “We bank on these fabrics. We still feel that ath-leisure is something that is not replacing denim, but is in addition to.”

Also trending at the brand is a renewed interest in straight and cigarette fits. “We’ve seen the rises change,” said Alissa Friedman, public relations and marketing manager. “They used to be [most popular] from low to mid-rises, but now it’s more a starting point of mid-rises going to a higher-rise.”

Denim brand Siwy, which has been showing at Coterie for 10 years, will have its fall and summer collections on deck at the show, in addition to core styles. Siwy is known for its intricate back pocket design, but Jen Neumeister, the brand’s creative director, said a return to more clean, classic pocket styles is surging for fall.

“We’re also doing really well with looser silhouettes and higher rises,” said Neumeister, adding that athletic-inspired silhouettes are a “huge” part of the line, too.

Another trend from Siwy is an unlikely fabric from a denim house: velvet. “It’s one of my favorite fabrics and we have it in a few different styles,” Neumeister said. “We have a navy trouser that looks amazing on, and it’s available in a higher-rise skinny and offered in a crimson color.”

Faux fur and statement coats are shaping up to be big for fall at Mink Pink, the Australia-based brand with offices in New York and Los Angeles. Mink Pink will unveil a showroom in London soon, as well as a pop-up shop in Los Angeles this spring.

“What’s trending right now is this winter boho girl,” said Lia Fisher, vice president of public relations and marketing at House of Quirky, which reps the brand. “We’ve been having key conversations about oversize shapes in terms of sweaters, pullovers and cardigans. Mink Pink is known for its prints, and we’ve seen a lot of success with Navajo and Tibetan patterns.”

Outerwear is a also a hit at Design History, a knitwear and apparel collection launched in 2001 that has been showing at Coterie since its inception. “We’ve dabbled in jackets, but it’s really exploded for us,” said Jane Miller Saltzman, the vice president of merchandising at the company.

“Our shearling coats and jackets have been doing amazing and the other thing that we’re also adding in is merino wool,” said Astrid Hanenkamp, the brand’s head of design. “We wanted to reintroduce luxury yarn to the customer. We have some amazing sweater dresses, which are really important for us for fall. Everyone reacts really well to them.”

Sweater dresses are proving strong at A.B.S. by Allen Schwartz, as well.

“We’re seeing a lot of the high-low hemline and long, straight dresses in knits,” Schwartz said. “The sexier, the better. The dress business, especially now on the evening side, is seeing a surge in more clean linear lines with transparency and cut-outs. That’s very new. That whole embellishment thing has kind of winded down.”

Pamela Skaist-Levy and Gela Nash-Taylor plan to haul their Los Angeles-based Pam & Gela line to the New York trade show for the fourth consecutive season, where the designers will show the brand’s fall and pre-fall collections. The fall lineup was inspired by Los Angeles “and all the rocking girls who hung out here: Debbie Harry, Anita Pallenberg, Joni Mitchell and Exene Cervenka,” Skaist-Levy said. She cited leather jackets, lightweight shearlings and witty logo sweatshirts as key pieces from the collection.

At TMRW, which focuses on innovative, young design, first-time exhibitor Collina Strada will be showing its fall collection of handbags, ready-to-wear and the debut of a new objects line called Social Studies.

“We’re doing a whole installation of interior and art objects,” said Hillary Taymour, the brand’s founder and designer. “Mirrors will be priced around $3,000 to $4,000, but they’re sitting in these marble bases that are six feet tall. I’m trying to cross the borders into bringing more art objects into the home.”

Taymour first launched Collina Strada in 2008 in Los Angeles as a handbag collection, and rtw was added in 2012 after moving the company to New York. At TMRW, she’s hoping to differentiate the two categories at retail.

“I’m trying to expand the accessories to more of a mass market situation, whereas the rtw is more niche,” she said. “I want it to be special, but I’m hoping to get it into a few more major doors.”

“On a macrolevel, we’ve already had a number of shows so far this year, and it seems plausible, based on registration and communications, that we’re going to have a busy Coterie,” he said. “At the beginning of the year we saw a great deal of activity in our shows, so we’re very optimistic. There’s a lot of exciting product out there.”

What: ENK International’s Coterie, with TMRW and Sole Commerce.