While the Vince brand excelled last year, the acquisition of Rebecca Taylor and Parker led to an operating loss.

Vince Holding Corp. reported an operating loss of $3.3 million in the fourth quarter due to the acquisition of Rebecca Taylor and Parker brands, compared to income from operations of $1.9 million in the year-ago period.

The company cited a strong performance by the Vince brand, which accounts for the lion’s share of the corporation’s business, during the fourth quarter and year. In November, Vince acquired Rebecca Taylor and Parker from Sun Capital, its majority shareholder, for $19.7 million.

Excluding transaction and related costs associated with the acquisition, and non-cash asset impairment charges, the adjusted loss from operations was $0.3 million in the quarter ended Feb. 1, 2020, versus adjusted operating income of $3.6 million in the year-ago period.

Net income was $51.7 million, or $4.29 a diluted share, compared to net income of $0.2 million, or $0.01 a share, in the same period last year due to a tax receivable agreement adjustment of $56 million resulting from tax considerations associated with the acquisition.

Excluding the TRA adjustment, costs from the acquisition, and non-cash asset impairment charges, the adjusted net loss in the quarter was $1.2 million, or $0.10 a share. This compares to adjusted net income of $1.8 million or 16 cents per diluted share in the same period last year.

The company delayed reporting its fourth quarter due to the coronavirus and reduced staffing.

“Looking back on our fourth-quarter and full-year earnings results, we exceeded our expectations,” said Brendan Hoffman, chief executive officer. “We were pleased to see the momentum continue at the Vince brand driven by strong performance at both our direct-to-consumer business and wholesale channel. We had also made meaningful progress with the integration of our Rebecca Taylor and Parker acquisition.”

Commenting on 2020 so far, Hoffman said, “The first half has been challenged by a global pandemic and social unrest related to racial injustice. We hope for a meaningful path to recovery, equality and unity. While much has changed since the end of our fourth quarter, we believe the strong momentum in our Vince brand prior to the pandemic and the steps we have since taken to protect our business will prepare us to navigate the evolving retail landscape.

“We saw strong results continued into the first quarter, however, upon the COVID-19 outbreak, we were challenged by the temporary closure of our Vince and Rebecca Taylor stores as well as our wholesale partners’ doors. We focused resources on our e-commerce sites and were particularly pleased to see the level of customer engagement on vince.com, which experienced a surge in demand starting in late March that has continued into June.”

In response to the pandemic, Vince furloughed store associates and a significant number of corporate associates. The company also temporarily reduced retained employee salaries and board retainer fees; engaged in discussions with landlords to address rents and other matters, and has so far reopened four stores.

The company also said it aligned inventory levels with anticipated demand, reevaluated non-critical capital build-out and other investments and activities, and streamlined expenses in all areas.

The company enhanced its borrowing power and liquidity by amending its revolver agreement to $110 million from $100 million through Nov. 30, revising certain eligibility criteria of trade receivables and waiving certain covenants.

With the term loan, the company also waived certain covenants, replaced a fixed charge with a liquidity covenant requiring minimal levels of liquidity fluctuating throughout the year. It also waived principal payments for the balance of 2020.

In addition, affiliates of Sun Capital Partners Inc., which owns 73 percent of the outstanding shares of the company’s common stock, have committed up to $8 million in financial support if needed through June 15, 2021.

The company ended the fourth quarter with 68 company-operated Vince and Rebecca Taylor stores. 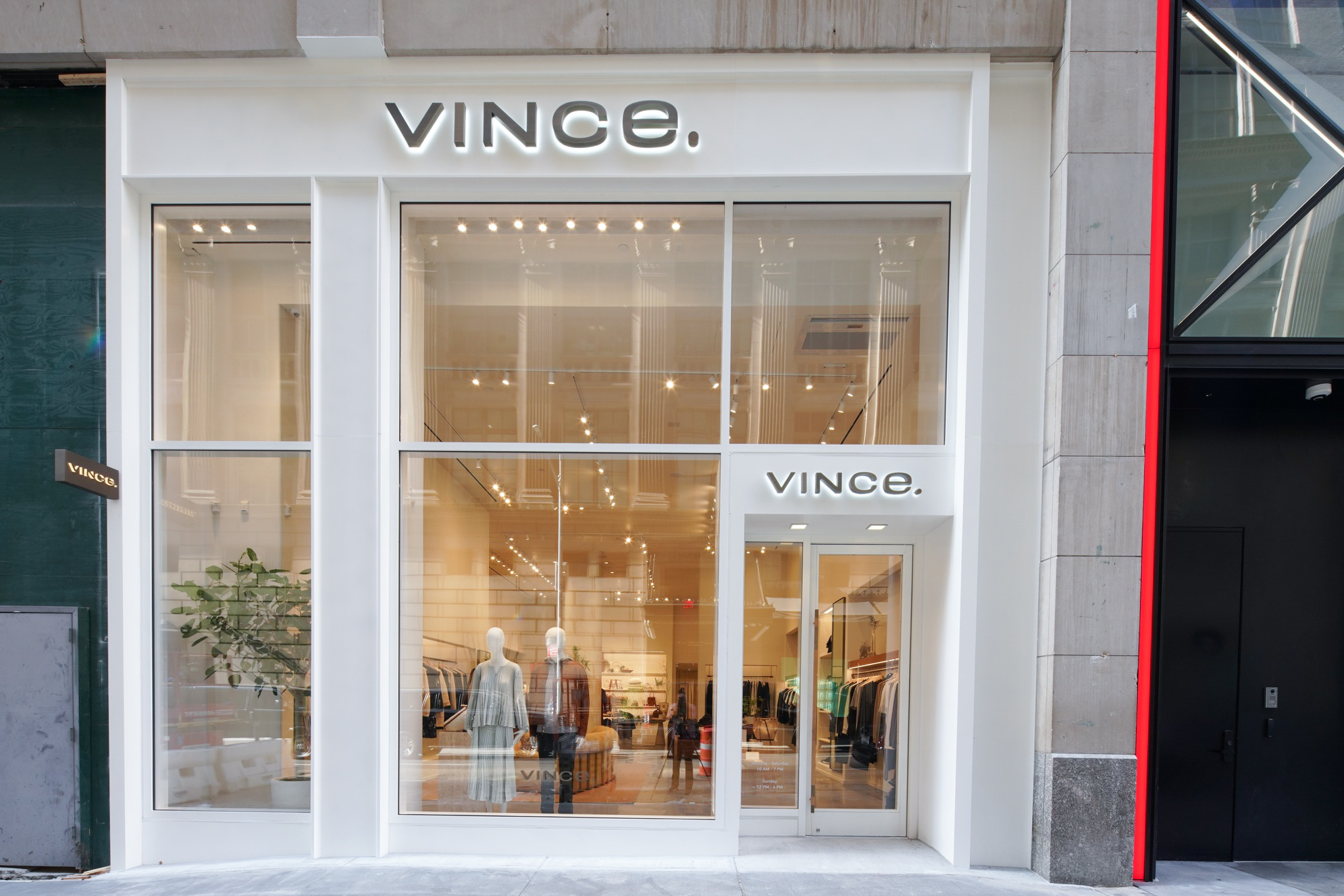