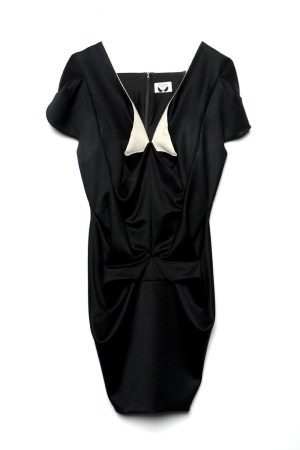 PVH Names Allison Peterson and George Cheeks to Board

PARIS — With budgets largely tighter in Europe, buyers at the Who’s Next trade show held at the Porte de Versailles from Jan. 19 to 22, generally said they were starting the year with lower budgets that they planned to increase down the line.

Visitors felt brands were sticking to previous trends, but appreciated a return to classic colors, a strong knitwear offering and attention to detail.

Due in large part to snowy conditions that hampered travel within France, attendance was down 1.4 percent at the show, which includes accessories and men’s wear. While French and European attendance dropped by 17.3 percent and 4.2 percent, respectively, North American and Asian attendees were on the rise, with increases of 4.4 percent and 16.5 percent, respectively. About 25.5 percent of exhibitors were new to the show this season, in keeping with organizers’ goal of emphasizing new brands and young designers.

Paula Coste and her daughter, Alixe, who run the “sporty chic” French boutique Paula Coste, said they were being “very careful” about prices.

“We feel we can always order more from suppliers once we see how things go,” they said.

They were pleased to find more natural, flattering colors, rather than some of the brighter explosions of the recent past.

“We had a lot of color this winter and now we’re happy to find some more classic shades — gray, navy, beige, sand,” Paula Coste said. “This last winter and summer were so colorful, and now we won’t be selling all gray and black, but we’ll have more of the good basics and we’ll add in a few touches of color.”

Dunne said she saw “a lot of good knitwear and leather, plus a lot of furs” and “a lot more separates than dresses, but plenty of beautiful embellishments.” She said 2012 was a sales success for the online business, with individual purchases up, allowing her a budget increase of 50 percent.

Buyers for the 10-store Italian chain Brian & Barry said their budget was down 30 percent, but they planned to add to it throughout the season. The group was looking for items that were “feminine but comfortable with the right price-for-quality ratio.” The group also liked a prevalent, “French style of elegant sophistication, but also a little tomboyish,” as well as more sporty items that can be worn every day.

Vuaillat said the store budget was slightly down, with business “working pretty well.”

“We always have to be careful,” she said. “We have to make the right shopping choices and be more selective, and we’re always trying to improve.”

Other brands she said stood out were Sam Rone, Lou Andrea and My Pant’s.

A busy Antik Batik booth showed a variety of detailed embroidered ensembles. A matching pattern print top and pantsuit drew praise with its silky feel for lounging around the house or venturing out. Collection themes included loose blouses that can be buttoned up, with pleated pants, plus knits. The brand also showed examples of thick woven, high-waist skirts that were prevalent at the show, adding structure and color to silhouettes.

Buyers for Anthropologie Europe, Alex Moore and Alex Radford, said the chain had a “good end of last year” thanks in part to “a good knitwear selection that helped.” Sweaters with stiff, embroidered border trimmings were among items that caught their eye at Nina Kaufmann’s booth. Similar versions of embroidered sweaters along borders, giving them a more structured feel, were key at the show. Muse of Love showcased examples with their more sporty, jacketlike interpretation of the knits by including jersey linings and leather bordering. The collection, which included slim pants and bleach-stained and colored jeans, was designed “so that everything can be worn with everything, for a modern, easy-to-wear wardrobe that isn’t limited to a certain age,” said designer Tamara Barrier.

Many retailers also said they wanted more soft fabrics for the winter.

“All this thick and scratchy wool may look beautiful, but when you’re selling it, customers complain it’s itchy,” said Aram Itani, founder of U.S. eveningwear store Aram. She also felt collections at the show were “more feminine than a few years ago, when you had a lot of stud details popping up. I feel things are softer.”

“I’m encouraged to buy the most beautiful things,” Tani said. “If I go to the upper prices, with quality and beauty, there’s always a customer.”

Her new finds included the brand Irina Schrotter “for its satins and taffetas that look glamorous without all the bling,” as well as Tassos Mitropoulos, because the collection “is so creative in the way that items could be worn in the afternoon or evening, and some could even be for a beach resort. They also had beautiful finishing.”

At the men’s wear hall of the show known as Mr. Brown, several women’s collections were included in coed booths, such as the line by Hungarian brand Kele Clothing that featured a hunting theme with colorful lumberjack plaid prints for the women’s line.

Young brand Constance Boutet showed its second collection of silk ensembles printed with fiery patterns meant to evoke chemical reactions. Sensual, discreet openings on the backs of dresses and tops added special detail, and silhouettes kept high, trim waistlines. Another young brand at Who’s Next was Berlin-based Ame Soeur, which showed its one-cut concept collection, where each item is folded and sewed out of a single piece of fabric. The line is mostly kept in blacks and whites, but abstract colorful prints are added as accents.

Van Bery showed a feminine collection with subtle retro touches. Prints were reminiscent of mountain landscapes, coming in shades of flattering blue-greens or pinks, made by Liberty Fabrics. Almost half of the collection included dresses.

This year Who’s Next partnered with the Council of Fashion Designers of America to invite two American designers, Maria Cornejo and Marcia Patmos, to show their collections at the show for a touch of “cross-Atlantic excitement.”