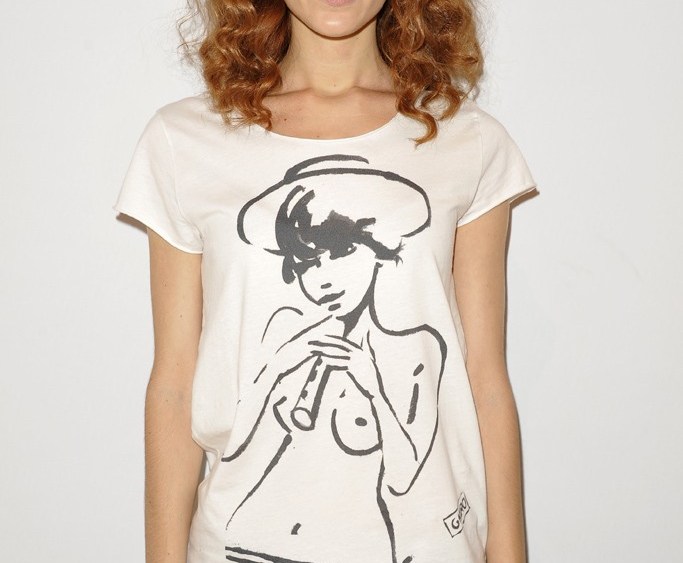 PARIS — The impact of the sluggish European market impacted budgets at recent women’s wear trade shows here, but the mood remained positive among buyers at Who’s Next and the second edition of Tranoï Preview.

Though attendance was down 5 percent compared with last year, visitors praised the animated atmosphere at Who’s Next, held July 6 to 9, which was organized around a Mexican theme and saw strong trends for spring 2014. Aisles were also bustling with an increase in mostly independent shoppers this season, due in part to later show dates.

Other themes included an even stronger boho and ethnic motif than previous seasons, as well as bright prints and a touch of vintage, French Riviera nostalgia.

Attendance by major buyers for U.S. department stores, however, was in sharp decline at Who’s Next because, unlike last year, the show was held nearly a week after men’s fashion week in Paris and pre-collection women’s shows.

A Who’s Next spokesman said the show saw, “a big drop in major American buyers” to about 30 percent of overall attendees from 50 percent last year.

The later show dates were chosen to accommodate the French and European sale season, and attendance by major British, Italian and Spanish buyers was up 30 percent, said Boris Provost. Nevertheless, overall French attendance at the show dropped 7.5 percent, while 7.7 percent fewer Asian buyers were present. The French made up 63 percent of all attendees. The largest jump in visitors came from Middle Eastern buyers, whose presence was up 18.1 percent.

“Now we have to continue to develop to find the right dates to have [Americans] stay in Paris because it’s true that last year they ordered and had really found what they were looking for, and we absolutely need to earn their loyalty,” said Provost.

Still, major American buyers were not the only top shoppers who struggled with the later show dates this year.

Simon Burstein, chief executive officer at Browns, said, “No buyers were in town, everybody had already gone. I thought it was a bit strange that it was a week after the [pre-collection sales]. Had it been at the same time, I’d had my teams in Paris. They would have gone.”

Rhona Blades, cofounder of Jules B Ltd., said, “I had to go to Paris to buy pre-collections, go home and then come back the following week.” The second weekend in July, “no one is liasoning with each other and it causes a lot of stress to the buyer,” she added. Otherwise, she “thought the Paris show was excellent.”

Jane Joynson, director of the U.K. store Anna Lizzio, was also happy with what she found at Who’s Next.

“There are so fewer stands this season, but those which have survived have really produced some good things,” Joynson said. The Parisian brand Laurence Doligé “for us really stands out because it has very unusual combinations. It suits our image. It’s relaxed but chic. I think it’s got a particularly good collection this season, really fabulous.” She said her budget “is slightly down because U.K. weather is so rubbish, so all these beautiful summery things don’t really sell. But if I find more things than usual that I like, then I’ll buy, and I’m always open to new brands.”

Iskandar Judodihardjo, managing director of the Australian import company Zip Group, and owner of the store Vers, said he was forced to reduce spending on newer items and reduce his budget because “business is tough in Australia. They’re more worried about the global economy and what’s happening in Europe, and they hear bad news all the time. So they’re not spending on clothing.”

But he was still intent on including new and special brands in smaller quantities. “To be different, we need strong details, nice prints and fabrics,” he said. He bought from Evalinka, Kali Orea, Roberto Naldi and Pause Café.

Maria Vinokurova, buyer for the Russian department store Podium Market, said she was mostly looking for “commercial, stable and reliable brands, where you can be sure to have your order delivered when you expect it.” She nevertheless selects collections that, “despite being middle level, have a strong brand ID, and always tell some sort of story, with reasonable prices and fresh ideas.”  She ordered from Bellerose and Brigitte Bardot, to name a few.

Good price-to-quality commercial lines are doing better than higher-end luxury, added Vinokurova. The store’s luxury categories “weren’t developing as much, but this Who’s Next category is working, and we’re developing it because customers care more about the price-to-quality ratio now,” she said.  Her budget was up 30 percent.

Paul Davis, owner of the London chain store and clothing brand Paulie, said, “We’ve been doing really well and are bucking the trend.” His budget was up 15 percent and he is opening a new store in September.

At Tranoï Preview, held June 29 to July 2, Hana Choi, creative director for Project Rue, in Seoul, cited the Harris Wharf collection, which was newly expanded to include a larger range of items and styles that experiment with raw fabric cuts, as a top line.

“I like the fabrics and how easy to wear, yet stylish and feminine the clothes are,” Choi said. “People get bored with things that are always trying to be edgy. But this is classic, clean. You never get bored.”

Some other eye-catching collections at Who’s Next included the second summer line by G. Kero, where French designer Marguerite Bartherotte began painting directly onto T-shirts for many of her musician friends and later reprinted those images onto fabric. Her subjects range from French musical icon Serge Gainsbourg to colorful animals and a topless woman playing the flute. A large, vivid, tropical landscape design covers one entire shirt so that the pattern doesn’t appear to repeat itself. G. Kero is sold at Anthropologie U.K., and in 21 other countries.

Kami Organic Collection has recently reoriented its environmentally friendly line toward a “more sophisticated design approach” that included bright dresses reminiscent of vintage Parisian styles made to flatter waistlines, by adjusting to the woman’s body type.

The Belgian brand Bellerose also struck a vintage French Riviera theme, with high-waisted dresses and ruffles around the neckline, plus prints reminiscent of that period.