The company expects to return to "meaningful" growth in the first quarter of 2021.

Wolverine World Wide Inc. reported earnings and revenues down in the third quarter due to the pandemic, but managed to beat analysts’ expectations on several levels and saw healthy performances by its Saucony, Chaco and Merrell brands and with e-commerce.

The company expects to return to “meaningful” growth in the first quarter of 2021.

Owned e-commerce revenue grew 56.4 percent versus the prior year’s period.

“Saucony and Chaco delivered double-digit revenue growth in the quarter compared to the prior year, while Merrell and our work brands drove meaningful sequential revenue improvement versus Q2. Innovative, fresh product paired with compelling storytelling continued to fuel demand, as evidenced by our owned e-commerce business, which grew over 56 percent compared to last year.”

“I am encouraged by our growing momentum in the face of the headwinds created by the global pandemic and excited about the growth opportunities in front of the company for 2021 and beyond. Our strong digital strategy and improved visibility to wholesale demand should enable us to return to meaningful growth in Q1 of 2021.”

Gross margin was 41 percent compared to 42.4 percent in the prior year.

Inventory at the end of the quarter was down 22 percent versus the prior year and down 22.8 percent when excluding the impact of new stores and the incremental cost of new tariffs.

“The company continued to deliver quality results by executing on the key priorities we outlined earlier this year, which included a heightened focus on positive cash flow, a healthy balance sheet, profitability, and setting the company up for growth in 2021,” said Mike Stornant, senior vice president and chief financial officer.

“During the last two quarters, which were significantly impacted by the global pandemic, the company delivered solid earnings and exceptional cash from operations of over $210 million. While consumer demand exceeded our expectations during this time, we have been able to service the business at a high level and manage our inventory levels down by 22 percent compared to last year at quarter-end. We expect that headwinds caused by the pandemic will persist in the near term and that fourth-quarter revenue will be down no more than 25 percent year-over-year, including the effects of a partial shift in revenue from our international business into the first quarter of 2021. We will continue to invest behind the ongoing momentum of our key brands to enable accelerated growth in the first quarter of 2021.”

Due to the pandemic entering “a new disruptive phase,” the company said it was challenging to project business beyond Q4. 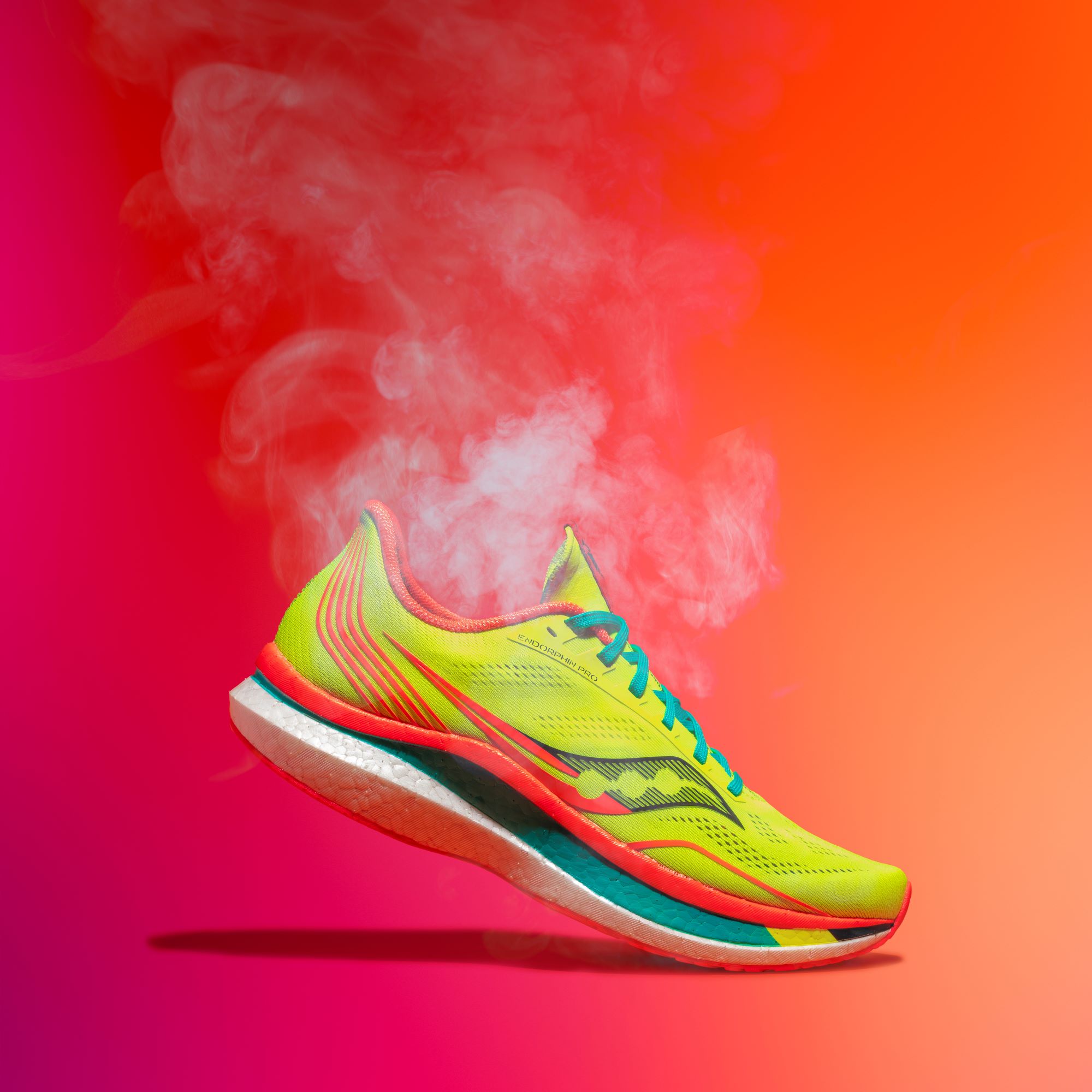 During a conference call Wednesday, Hoffman said the company has a 2021 goal of achieving $500 million in revenue from global-owned e-commerce, more than doubling its 2019 revenue.

• Greater investment in big data, A-I, mobile optimization and personalization, with a focus on driving traffic and raising conversions.

• Starting in spring 2021, Merrell plans to launch faster, lighter,and more athletic offerings in the Moab line; capitalize on the easy on-off trend, expanding its Jungle Moc franchise, and launch a mobile app, which will be the first app for the corporation.

• Wolverine will introduce a new version of its largest franchise, the Raider collection, and expand its Hellcat offering.

• Saucony moved some product introductions from the fourth quarter of 2020 to the first quarter of 2021 including expansion of its Endorphin performance running shoe. Sperry will also launch a new Float collection, an injected version of the boat shoe silhouette.

Krueger, in the conference call, said the company expects consumers will “continue to covet product newness, especially in the active and athletic, outdoor, at-home and work categories. These consumer trends have been significantly accelerated by the work from home and social distancing experiences of the last eight months and we expect these trends will continue beyond the pandemic horizon.”

In a recap of various brand performances in the third quarter, executives said Merrell was down mid-single digits; Wolverine was down high single-digits; Chaco revenues rose nearly 30 percent driven by the outdoor category; Saucony saw low-teens growth while Sperry was down around 45 percent. While the Sperry boot business remained very strong, it was limited by lean inventory in more fashion side of the brand.

Owned stores were down only mid-single digits despite significant traffic declines related to the pandemic.