A Year of Magical Thinking

Markets and fairs have been thriving since ancient days, surviving war, invasion, and plagues far worse than COVID-19. Like myriad other industries, fashion can tailor its large-scale events around the current crisis with technology, creativity — and a leap of faith.

A selection of designs from the Watches & Wonders 2020 fair.

LONDON — It took Fabienne Lupo less than six weeks to transform the Watches & Wonders, an annual display of watch brands from Compagnie Financière Richemont, and other high-end makers into a digital rendezvous for exhibitors, their clients, and the media.

The gallerist Lyndsey Ingram crafted a lineup of virtual, selling exhibitions in just 10 days as her gallery was shutting down in London due to anti-COVID-19 quarantine measures. Stewart Clarke, creative director of the Edinburgh International Television Festival, one of the top media events in the U.K., is in the hot seat right now, thinking of ways to conjure the same buzz and spontaneity of a real live festival, online.

Masterpiece, the annual London fair that draws high-end art, jewelry, furniture, design and antiques galleries to the verdant grounds of Royal Hospital Chelsea, is taking place this week as an online event — with a big social, interactive element.

The year 2020 will be remembered as a year of magical thinking, with myriad industries forced to rethink how they show, sell and engage with members of the trade and the public due to the coronavirus pandemic, lockdown and social distancing.

It hasn’t been easy for anyone: Some fairs and annual events have been canceled outright, while other organizers have refused to give up, insisting the shows must go on. While these digital events have been — and will be — flawed, frustrating to navigate and glitchy, they’ll also serve their purpose of binding together members of communities and industries, and ensuring that business gets done. 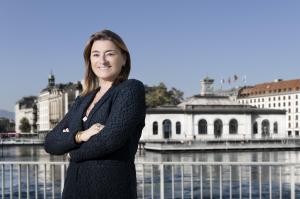 Fashion, which relies on frequent, live events and sales in crowded showrooms, is also racing to adapt, as it watches and learns from other industries.

“We needed to keep our momentum going — people could not, and would not, accept our doing nothing,” said Lupo, chair and managing director of the Fondation de la Haute Horlogerie, which organizes Watches & Wonders. She said she was determined to protect and nurture the ecosystem of the fair’s brands and constituents, and ensure that news, new launches and fresh content had their time in the sun.

In an interview, she said her digital efforts were a hit, with more than 60,000 visitors in the first month, and 5,000 journalists signing up, far more than the number attending the Geneva event. Nothing was livestreamed, but content from the April show will continue to live online, while Lupo and her team are regularly updating the site with news, while live and interactive content is to come.

Lupo kept things simple: She didn’t try to replicate the physical event or do a virtual fair. Instead, she asked the participating brands, which include Cartier, Montblanc, Piaget, Hermès and Speake-Marin, to focus on imagery, news, history, education and behind-the-scenes content that could appeal to a broad audience.

“We still wanted to make people dream,” she said.

The next edition of Watches & Wonders is set to take place in April 2021 in Geneva, and Lupo said it will return to its physical iteration, but online will continue to play a big role.

“People need to see, touch and wear the product to understand it,” although physical and digital will work hand-in-hand. She pointed out that the Internet is where prospective watch buyers and collectors start their journey, do their research and educate themselves before they commit to buying.

Masterpiece, the London art and antiques fair, plans to make a similar pivot to Watches & Wonders.

Organizers have recently redesigned the web site: At the fair, which opened on Monday and runs until June 28, guests are able to view works for sale, watch videos from the participating dealers, gallerists and designers. They are also able to book private views with experts from different fields speaking across a range of themes and highlights at the fair. Royal Bank of Canada has remained the principal partner of the event.

During Masterpiece Online, there are also panel discussions with institutions including the Metropolitan Museum of Art, the V&A Museum and National Gallery in London and Hong Kong Museum of Art. A microsite, in partnership with Artsy, is hosting an online viewing room where exhibitors can connect with collectors and sell their work.

“We felt it was important that our digital initiatives were additive — that they offered distinct and valuable opportunities for our visitors and exhibitors — that they reflected the ethos of Masterpiece London, and that ultimately they would be enjoyable,” said Lucie Kitchener, managing director of Masterpiece.

“We decided to create a weeklong program of content-led activity to provide a platform for Masterpiece exhibitors — which include specialists from the world of fine art, design, antiques, ancient art, rare books and jewelry — to share their knowledge and expertise. We wanted to create opportunities for conversations about art and design. We hope to help bring the works of art on our computer screens to life,” she added.

Earlier this year, after the coronavirus struck London, Ingram did something similar to Masterpiece. She locked down and set a schedule of online shows to replace the live ones that were supposed to happen in her Bourdon Street gallery in Mayfair.

“We learned a lot really quickly. And I liked the way the shows were being presented online,” she said during an interview in April. 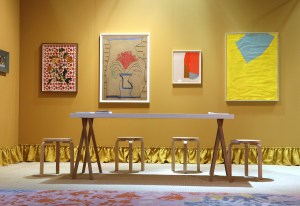 “I liked the idea that you can add in auxiliary things, like text and documents. And you can do virtual catalogues, too. It’s a very good exercise for me and my colleagues in terms of creating content. Before, we’d just invite people to dinners, they’d come to the gallery, we’d have conversations and sit around. But we can’t do that anymore.”

Ingram, who will reopen her gallery in July with a physical show of Sarah Graham’s work, offered a few pointers to creative businesses looking to pivot quickly to online.

“You have to make sure that the technology is supporting your agenda. You don’t want glitchy sites that are going to crash, or things that are too complicated, or require too much input from people. You’ve got to be really neat and easy and quick.”

She believes that fashion can adapt just as easily. “Designers can figure out how to have a virtual catwalk, or presentation. And when they go back to presenting in the way they used to, they can also do it virtually. And the audience just gets that much wider,” she said.

Many organizers are taking pains to preserve the social aspect of their virtual events, creating environments where visitors can schmooze, make deals, buy and sell, and enjoy themselves — just like they would during a live event.

Clarke of the Edinburgh TV festival said he’s working to ensure the next edition of the fair, which takes place in the fall, has all the pizzazz and element of surprise of a live event. If the fair cannot take place in real life, he said, he will be planning to livestream interviews and “in conversation” events, while 15-minute, online speed meetings between industry executives, creatives and deal makers will be happening in the background throughout the showcase.

“We are totally reimagining what we’re doing,” said Clarke, who added that the fair needs to generate adrenaline: “The challenge is in re-creating the atmosphere of a festival, and elevating the digital event above a collection of YouTube videos. We want to give people a reason to watch at any given moment.”

He said he wants the online iteration to be interactive, energetic and unpredictable, an agenda-setting event and a place where people feel like they can get involved and ask questions. “I have to guarantee that guests will come away having been entertained, and knowing that what they saw and experienced will help them advance their careers.”

Like Lupo of Watches & Wonders, Clarke said that once the virus abates and life gets back to normal, there will be a return to live events. “We’ll all still want to congregate. Humans are social beings, and a lot of this business is done face-to-face. There is a real physical aspect to how this business works.”

Indeed, live events are a fundamental part of the human experience: Markets and fairs have been thriving since ancient days, surviving war, invasion, and other natural disasters.

The organizers of Cosmoprof would agree: This year, instead of the usual mega-fair in Bologna, they staged WeCosmoprof, an entirely digital event that ran from June 4 to 10, but they are also gearing up for next year’s physical show. 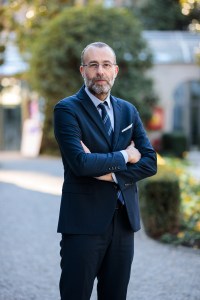 In an interview, Enrico Zannini, general manager of Bologna Fiere Cosmoprof SpA, described WeCosmoprof as a new business channel that was already in the works, and accelerated by COVID-19. He said it will eventually serve as a complement to the physical fair. He added that WeCosmoprof has community at its heart, and was always meant to “enrich” the annual live event.

Its aim is to foster networking and relationships, encourage one-on-one meetings, and be a platform for webinars. At the event earlier this month there was a digital catalogue featuring details and background about the 3,000 exhibitors; there were virtual meeting rooms meant for video calls and a constant flow of content and news.

Like so many other fair organizers, Zannini said that while these virtual events are important, they cannot — and should not — replace the physical ones.

He believes that, in the future, visitor numbers will only grow at fairs worldwide and that the international community will, once again, want to meet face-to-face.

“They’ll want to return to shaking hands at the fairs and having dinner with industry players, eating the delicious food under the skies of Bologna, Hong Kong, Mumbai, Bangkok or Las Vegas.” He believes that digital tools will make physical events easier and quicker to navigate. “That integration of physical and digital will revolutionize our sector,” he said.